Two Hours Away, Part 2: Local Seafood In A Global Setting

This post is brought to you by Bermuda Tourism.

Did you know Bermuda is literally two hours from New York City? You might not have realized it's a nearby vacation option, and it's not just for country clubbers anymore. To reveal the true island, Gothamist is helping Bermuda spread the word of its amazing cultural and culinary heritage, pink beaches, clear waters and obviously, all that rum. Here's Part 2 of 'Two Hours Away', for a little lesson in Caribbean diversity. 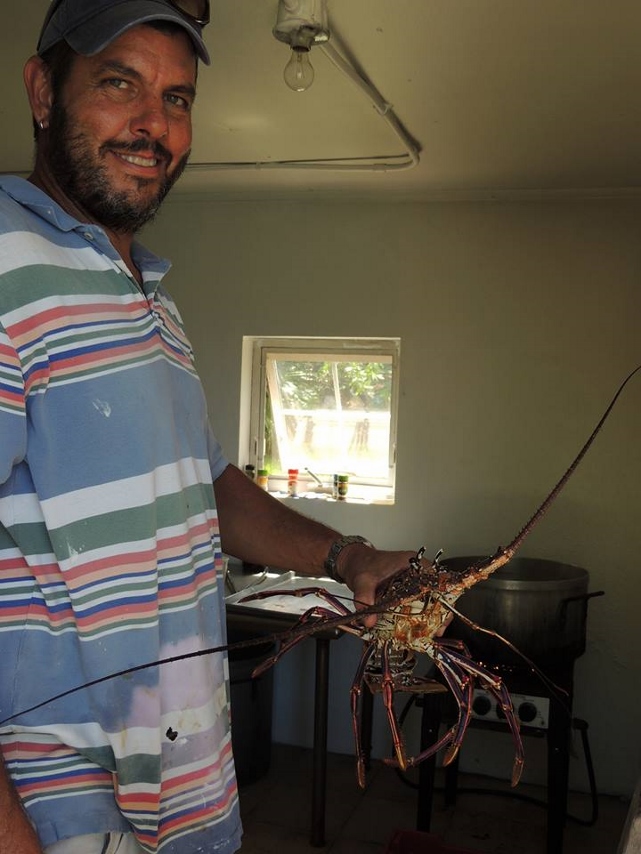 The best part about any place is the generations of people who've helped make it what it is. Bermuda has a fascinating history coupled with a lot of time as part of the New World, making its culinary heritage something to rival New York's. Take native culture and add hundreds of years of English, Portuguese, American, and Caribbean influence and you end up with food rooted in fresh-caught seafood and surprising flavors.

Think about any vacation destination: stick to touristy spots and you won't really discover what's out there. Once you know how to navigate the landscape, you can narrow it down to what you know you want. The secret to Bermuda is realizing that most ingredients are actually imported except seafood—the nature of a small island, after all—so most dishes will be seafood-focused with a global bent toward what's being imported at that time.

Awesome, seafood it is, then.

If fish and shellfish are the basis of the island's cuisine, it's a good beginning. Be on the lookout for wahoo, an aggressive fish prized by sportsmen for its delicate flavor similar to mackerel. You'll also see a lot of rockfish, mahi mahi, snapper, tuna, and cod. The latter is part of a traditional brunch served at a lot of restaurants on Sundays, a local favorite being Bouchee in Western Hamilton. Order it and you'll get a whole cod steamed with salt, potatoes and onions (very British), with bananas on the side (very Caribbean), and a tomato sauce on top (very Portuguese). See how this works?

Aside from brunch, cod is actually quite ubiquitous in Bermuda. For a cheap breakfast, snack, or appetizer, you can get pan-fried cod cakes with avocado, or as a sandwich with mayo. This is when you go to Black Horse in St. David's, Keith's Kitchen food truck outside town, or, for that shack-in-the-back-of-town feel, Art Mel's in Hamilton—where they'll give it to you on traditional raisin bread with tartar and hot sauce.

Any other snacks I should know about? 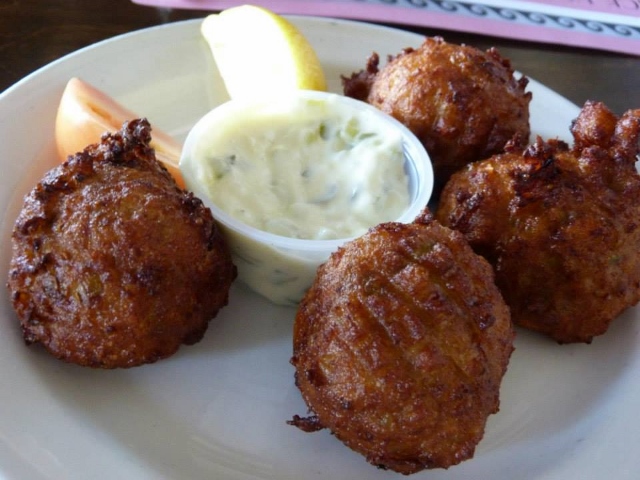 If you find yourself at Black Horse feeling more adventurous than a fish sandwich, you should definitely try their shark hash or conch fritters, two dishes that'll give you that island-y feel faster than a Dark 'N' Stormy under an umbrella's shade.

You can actually find some fantastic traditional British tea service in Bermuda, too, where you'll get the full treatment from clotted cream and berries to finger sandwiches with cucumber. Heritage Court, Homer's Cafe, and the Veranda have some of the best.

Interestingly, the island also prides itself in its local honey, made from the unusual mix of wildflowers found on the island. Head to Wild Island in Southampton to try their version, or look for Gombey's Hot Pepper Jam in restaurants and stores around the island to see a tasty example of what the honey can be turned into.

What about full meals? 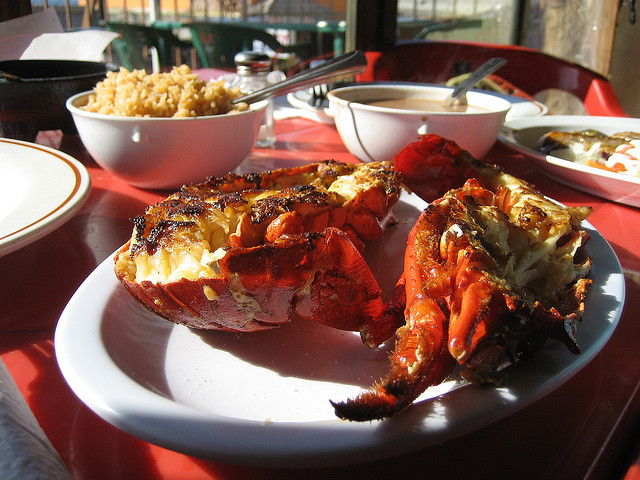 Probably due to British influence, a lot of Bermudian main dishes can seem heavy for island cuisine. Fish chowder is a hugely popular dish—the national dish, actually—introduced by British colonists but made Bermudian with sherry peppers and a splash of black rum. There's a good one at Somerset Country Squire, where you can enjoy it while taking in the view. Similarly, there's conch chowder, a lot like Manhattan clam chowder with a salt pork base.

And last but definitely not least, there's spiny lobster, another creature native to the island. It's much like the lobster you already know and love, but with a longer, meatier tail. Like any good lobster you'll generally find it steamed with butter.

Also be on the lookout for Hoppin' John, Portuguese red bean soup—hearty and spicy like chili—and mussel pie, an unglamorous but delicious combination of curried shellfish baked into a buttery crust. 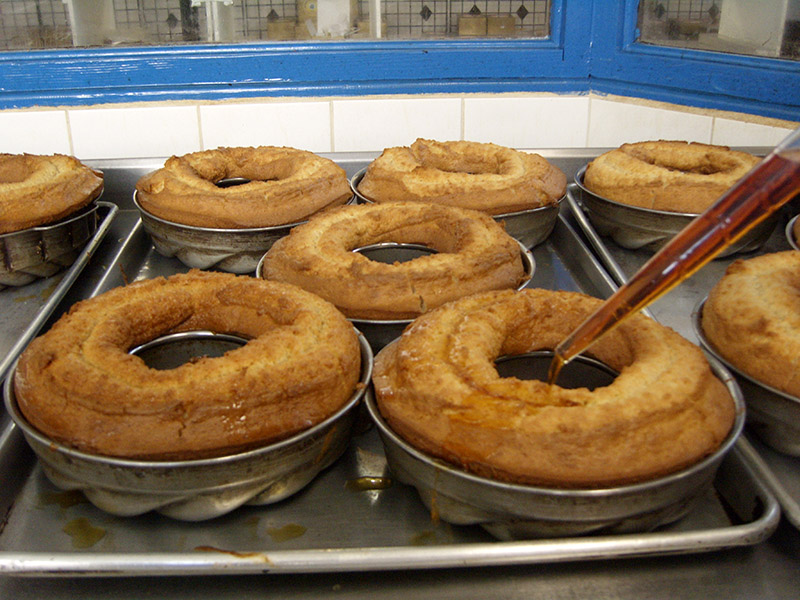 If you can handle dessert at this point, you'll find a lot of variations on fresh produce like fruit salad, bananas flambé, and a decidedly British dish of sherry-soaked sponge cake with fruit and whipped cream. You can also find rum cake around the island, a yellow bundt cake that's been soaked with rum not once, but twice. The alcohol content makes them shelf-stable for three months, so it has to be good.

For something really traditional, look for cassava pie or sweet potato pudding, but both are served mainly on holidays—the former for Christmas, the latter for Guy Fawkes Night.

#bermuda tourism
#gothamist collaboration
Do you know the scoop? Send us a Tip
A new Gothamist is coming! We’ve moved comments over to our beta site. Click here to join the conversation and get a preview of our new website.