It's The Great Pumpkin Sandwich... From 'Wichcraft

'wichcraft sent some pumpkin sandwich samples over today so we could see if the product held up to our imagination's taste buds (which have pretty high standards). Here's what Gothamist staffers thought:

Overall, a top notch sandwich (that costs just $7.35), but could have used a tiny bit more of the star ingredient: pumpkin. Below is the recipe, so you can always adjust the proportions yourself if you want to make it at home. It's also worth noting the product delivered to us looked just like the press shot (which doesn't happen often!): 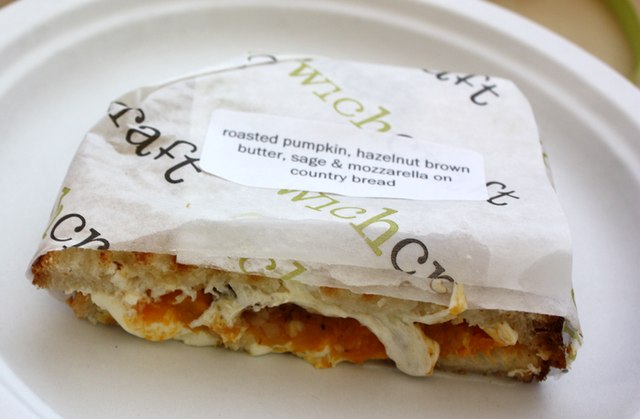 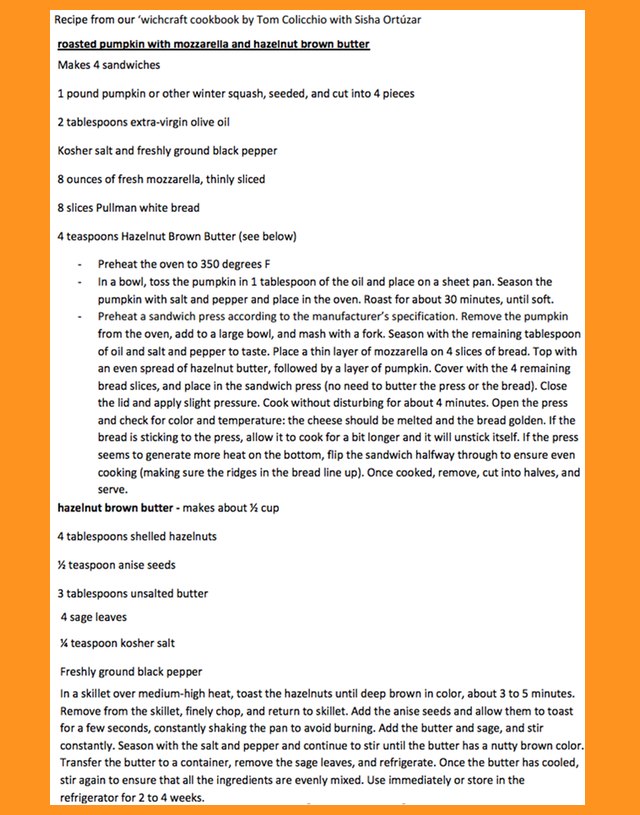 #wichcraft
#pumpkin
#pumpkin sandwich
#recipe
#taste test
#original
Do you know the scoop? Comment below or Send us a Tip