"It's Like A Warzone Here": Obscene Rent Hikes Are Killing Neighborhood Restaurants

At the beginning of the month, West Village eatery Louro and the Upper West Side's Ouest announced abrupt closures, with the former shutting its doors the very same night they announced the news. As it turns out, both were victim to the all-too-familiar rent increases that have shuttered so many of the city's beloved bars, eateries and institutions. Ouest was staring down a $16,000 per month increase to stay at 2315 Broadway, with Louro facing a similarly obscene rent hike.

To better understand the trauma of the situation, we spoked with Louro chef and owner David Santos, who told us that Louro's troubles began late last year when the retail condo in which the restaurant resided was sold to a new owner. Prior to that, Santos had been in negotiations with the former landlord about a lease extension, but the new landlord—Ascot Properties—had already set an asking price of $30,000, up from the $18,500 the restaurant had been paying over the past two plus years.

"We asked him if that was negotiable and his reply was, 'I doubt it,'" Santos says. "He said he felt he could get that price quickly and easily and he was not open to our counter-offer." According to Santos, what ensued were months of back-and-forth between the restaurant and Ascot, where the restaurant would make an offer and the real estate firm would "[back] out of deals at the last minute."

"When the end came, even though we had negotiated for months with numerous delays due to lawyers haggling over every detail, the final deal was such that suddenly we had only five days to vacate the space." Requests for comment by Ascot Properties were not immediately returned.

These type of tactics aren't unusual in the neighborhood, according to both Santos and Andy Robson, a local community activist who's been trying to change what he sees as a downward spiral on nearby Greenwich Avenue. "If you look at the streets, it’s like a warzone here. It’s been like this since last year. Just nothing but construction," he explains. "Scaffolding has been left up for 18 months/two years at a time. They are trying to double the rents. That’s obscene!" 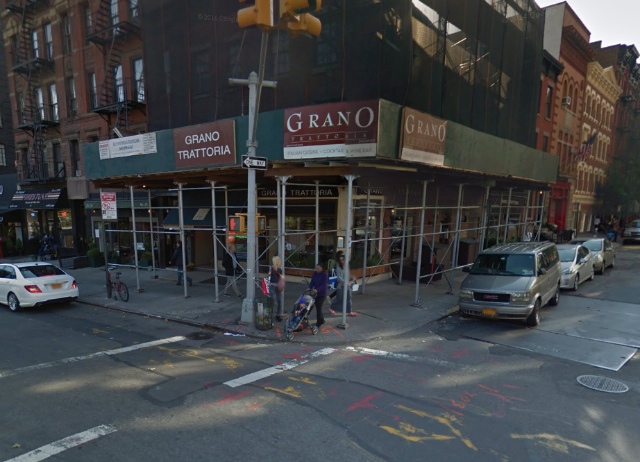 Though much of the area is mired in construction woes, Grano restaurant, which closed just a few weeks before Louro did, had a particularly tough go of it. According to Santos, the building owner intentionally left scaffolding up on the building for over a year after promising repairs would only take a few months. During that time, the owner allegedly told the restaurant the rent would be increased substantially, piling on to profits already lost by the construction to the building.

"This left [the restaurant owner] no option other than to walk away after 17 years from a space that was being hurt by the construction and the climbing rent," Santos say. "The day after he vacated, they condemned the building." The DOB website indicates that a complaint was filed against the building at 21 Greenwich Street on May 11th that cites things like bulging of exterior masonry bearing walls, safe roof joists displaced from bearings and water damage.

As Santos tells it:

Turns out it was all tactics to tear down the building and rebuild it to maximize profits. The building had protected status and the only way around that is if you get the building condemned. They did that by using the wall they were "fixing" with that "three month" construction. It's all a game and the only people that suffer are the small business owners that work in an environment as fragile as the restaurant business. Most places don't have a chance. We often don't have the monetary backing to deal with this stuff nor the expertise.

What comes next for these vacated spaces is also cause for concern for Robson, who's seen massive turnover when new businesses can't keep up with the sky high rents. "The people come and pay those rents, but they can't make the second year's payments, that's what's been happening on [Greenwich Avenue]," he reveals. "There's a number of restaurants that have opened here, but then on the end of the 11th month, they close, because the landlords are making these deals. They’re taking a percentage, they're doing all these underhand deals." 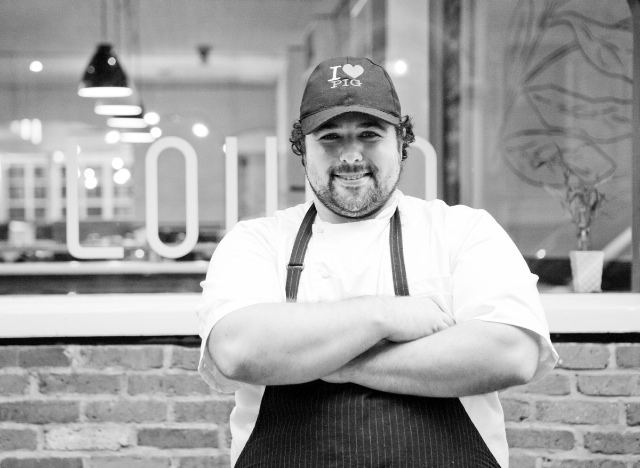 For now, rent escalation shows no signs of slowing down at either the residential or commercial levels. Though grassroots efforts are trying to clot the bleeding, it's still not enough. "It’s the Bleecker Street thing again. It’s very sad, because it’s really hard to find a curiosity store, a smaller store, these days," Robson laments. "There are those among us who are willing to pay that extra little bit to support local. Unfortunately, we’ve seen too many important parts of the community just get basically ripped out."

And at the root of it all, at least according to many, a culture of greed whereby both longtime businesses and successful newer businesses are cast aside for something shinier with a deeper wallet. "I mean how many times have we all heard it at this point? It used to be small fish like myself and Grano, restaurants that people supported but not big players," Santos says. "But now you see even the big fish are suffering, closing their spaces because they realize they won't survive and make money at these new rents."

"We are talking about places that are institutions like Union Square Café whose profit margins are much higher than places like Louro. If they can't stand a chance, how do the rest of us?"

#grano
#interview
#louro
#santos
#west village
#original
Do you know the scoop? Comment below or Send us a Tip