Spring is right around the corner, and you're running out of time to plan the perfect Scotch & Guacamole party! Don't worry, we are eating 1,543 different types of guacamole and drinking intoxicating liquors out of an aluminum can and dropping chip crumbs into dark places on our desk so you can learn from our mistakes.

Sure, guacamole isn't that tough to make. But after you pick up a few $5 12-ounce cans of Scottish Spirits' 3-Year-Old Single Grain Scotch Whiskey, are you really going to want to gather the materials necessary for making guac from scratch? No way! Those cans are gonna be burnin' holes in your shopping bag, screaming like little baby birds to feed them your dry lips as fast as you can (If baby birds smelled like a pay phone at the Port Authority, which they sometimes do).

Note: you're better off drinking the single grain version, because the blended stuff probably doesn't meet your exacting standards for scotch that is in an aluminum can. [Editor's note: This can of scotch, mysteriously sent to the office one inauspicious day last summer, has been sitting on Robbins's desk for months, scaring the interns.]

So instead of using up valuable arm strength, you could pick up some Wholly Guacamole, a fresh and Wholly Appealing [Editor's note: Sorry, we tried taking the scotch away but he locked it in his desk] alternative to making it yourself. Here's what the packaging is supposed to look like: 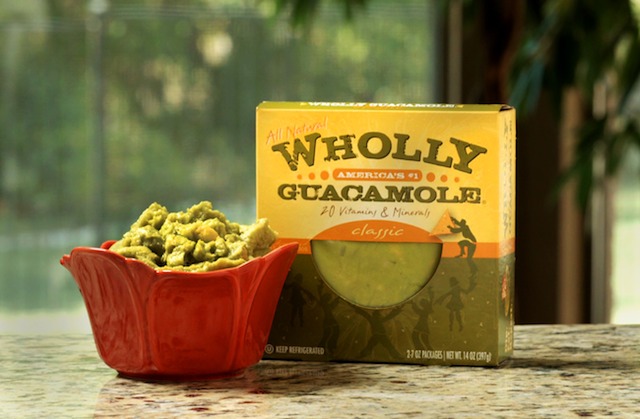 But to maintain freshness, Wholly Guacamole is packaged in either one 7-ounce bag (classic) or two 6-ounce bags (organic), so if you're a filthy Guac Gremlin, you'll be violently tearing those suckers open and it will look more like this: 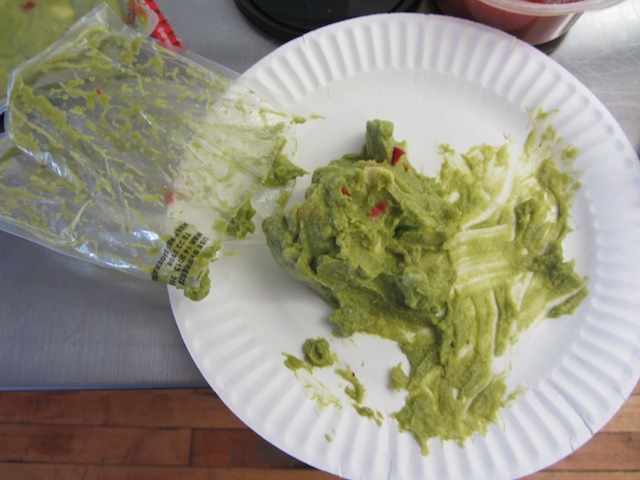 This stuff has the texture—sizable lumps of avocado—of legit guacamole, and the ingredient list is short and sweet. Classic left a little something to be desired, so we opted for their Spicy Guacamole, which contains more jalapeño and red bell pepper. Homestyle has serrano peppers and more goodies, and they also make Avocado Ranch, which is good if you have the Ranch Gene, which we don't. What a silly thing to put in guacamole! *Sips scotch* [Editor's note: It's 2 o'clock in the afternoon. On a Monday.]

If you prefer to limit your guac intake, Wholly Guacamole also sells little 100-calorie snack packs. Right now you might say "Hey, they still have around 10 grams of fat!" Well if you'd just shut up for a minute and let this blogger take a drink in peace he'd tell you that avocados contain monounsaturated fat, which is actually good for you, as well as vitamins K, C, and B6, in addition to potassium and fiber. Studies have also shown that these monounsaturated fats help absorb nutrients in other vegetables too, so use carrots, zucchini, cauliflower, to scoop it up. GET CRAZY! CRAZY ON INTOXICATING GUACAMOLE. 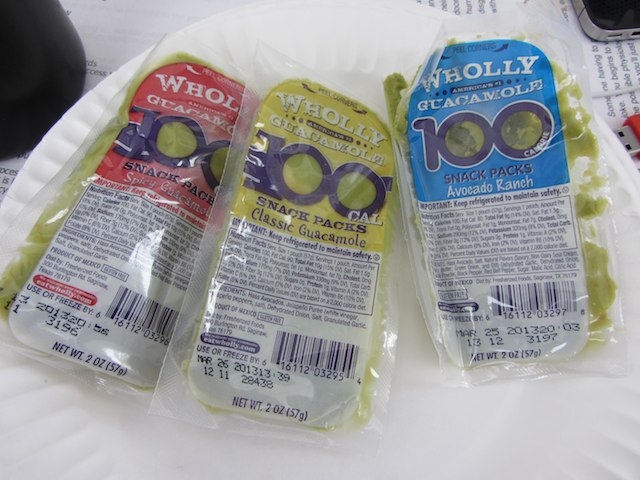 Wholly Guacamole also sent us some salsa, which we weren't that keen on, except for their Avocado Verde Salsa, which tastes like Medium Salsa and Classic Guac drank a bunch of canned scotch one night in the back of the fridge and four weeks later (they gestate differently than humans) gave birth to this delightful dip. It's a tad watery, but there's lots of onions and tomato and other good stuff to make it worth your while. 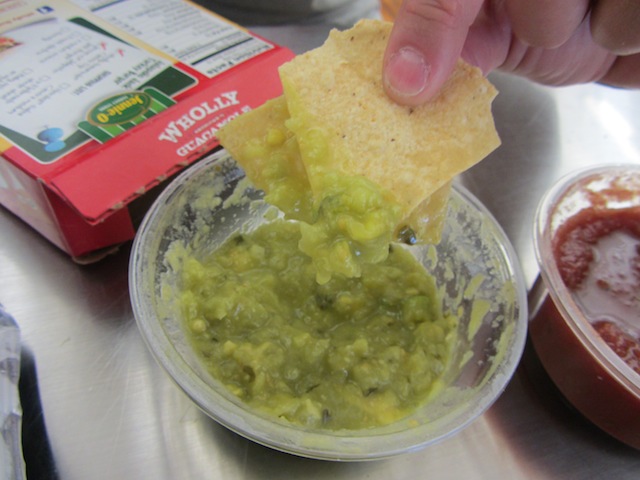 The company tossed us a few suggestions for recipes, but here's one we just came up with: a GuacBack. It's like taking a pickleback, but completely and utterly alone, and with pre-made guacamole and canned scotch! Dip your chip, utter a prayer, and voila. Hurry up and knock back that guacamole-covered chip before the scotch finds your stomach! (or your boss glances across the office!)

#canned scotch
#chips and dip
#guacamole
#intoxicating liquors
#springtime
#original
Do you know the scoop? Comment below or Send us a Tip