Inside Williamsburg's Freehold, A Hotel Lobby Hangout Without The Hotel "We wanted to make a hotel lobby but without the rooms," co-owner Eric Eim explained to me last month at Freehold, a hybrid work space, hang space, venue and bar on Williamsburg's south side. That idea was further echoed by Eim's partners Brad Gallagher and Brice Jones on a return visit on Monday, then driven home by an anecdote involving tourists, some suitcases and a vacancy inquiry. Wandering around the sprawling establishment, it's easy to see how a passerby looking for a room might expect to check in.

In early in 2014, the trio, who met while working their way through the SoHo House hierarchy, opened a small coffee shop on South 3rd Street between Kent and Wythe Avenues. They slowly got to know the neighborhood and the realities of operating their own business before introducing what's now a fully operational business offering much of what a human being would need in a single day—minus a place to sleep. "We love to see a guy working on his laptop during the day and then falling off his barstool at 4 a.m.," Jones said. And here, you could very well do just that. 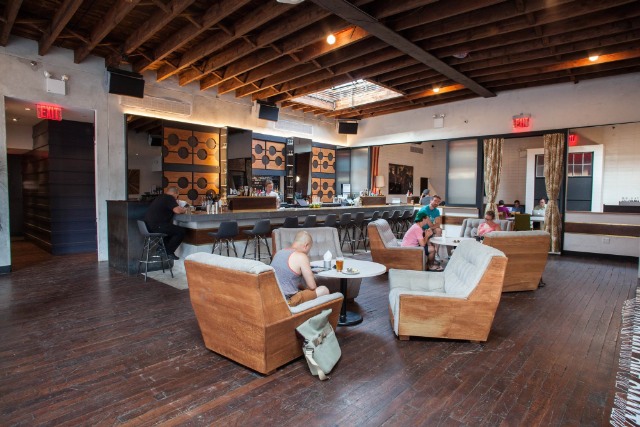 The entire space is designed to mimic a hotel lobby, from the front desk/concierge area to the flexible seating design that offers both couches and comfy chairs as well as larger tables for groups to set up. During the day, the large bar offers breakfast and a place to perch while plugging away on a laptop (they offer free WiFi). In the evening, TVs might emerge from their hiding spots and show a local sports game. At night, the music is louder, the lights are dimmed and dancing on all the surfaces is encouraged.

At one end of the bar is a smaller events space that can be shut off from the main area for private events, meetings and the like. That's where Gallagher has been hosting regular stand up comedy nights and also where you can peep on coffee shop customers through one-way glass, though truth be told it'd be sexier to look at potentially canoodling couples in the bar. Take the secret door in that room (or walk around the other side of the bar) for a small game room—bubble hockey!—and the bathrooms.

There are more games to be found outside, including corn hole and ping pong, plus an astroturf section for lounging, plenty of tables and benches and another bar that'll be up and running in the coming weeks. Above the bar, a mezzanine level with more seating, plus a large outdoor television for sporting events and the like. They also do "Sunrise-ish Yoga" on Sundays, which is free, followed by "Lazy Brunch" (not free). 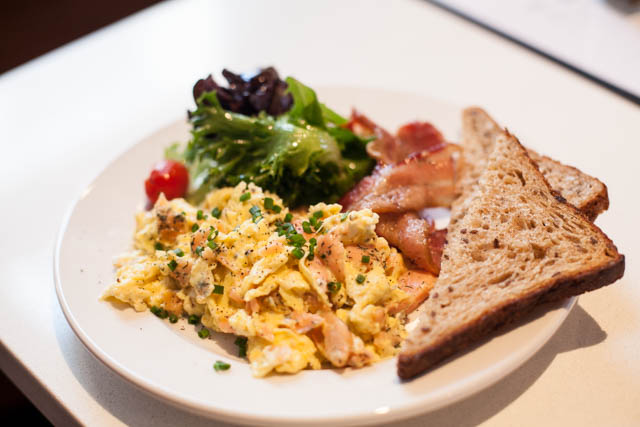 As an all-day, all-night establishment they've got a menu to match, starting with Stumptown coffee options at the downstairs shop and continuing with a daily breakfast menu and a Boozy Brunch on Saturdays. Starting at 9 a.m. they're offering morning dishes like Eggs New Yorker ($13) with scrambled eggs, smoked salmon, cream cheese and chives plus sides of bacon and toast or a hefty Biscuit's Chicken ($14) with rosemary fried chicken, country white gravy and an oil poached egg.

Then until midnight or 2 a.m.—timing is still be worked out as they see what the neighborhood requires—snack on Caramel Bacon Popcorn ($4), a healthful Farro Salad ($12) with citrus vinaigrette or their House Burger ($10) with habanero aioli and fries. By burger barometer, prices are pretty reasonable for New Williamsburg, especially so during daily specials like $1 oysters and $5 glasses of vino on Tuesdays and an all-night Happy Hour on Wednesdays that's half of all the booze in the bar (this also applies during regular Happy Hour noon until 8 p.m.). 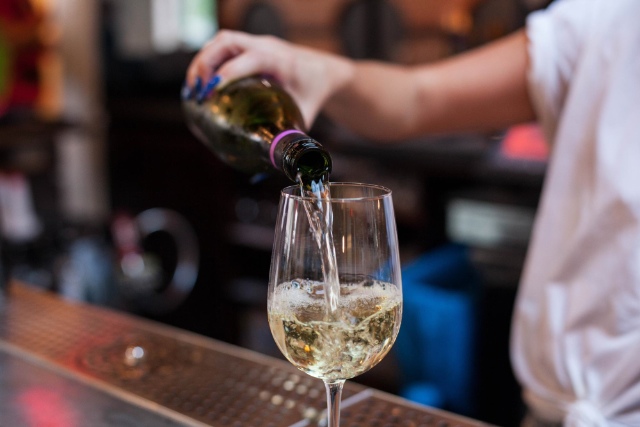 Cocktails are an Earth-bound $9, like the St. George with rye, raspberry iced tea and lemon and the Jem, a totally outrageous combination of Apricot Combier, Blanc de Blanc sparkling wine and a peach puree. Beers are also super reasonable, like $4 draft Coors Lights, $6 Blue Point Toasted Lagers and $4.50 cans of Rolling Rock. All of the booze is either local, or if they can't get local, at least it's American. And there's nothing more American than shooting a High Heat, a combo of DownEast Cider and Fireball. 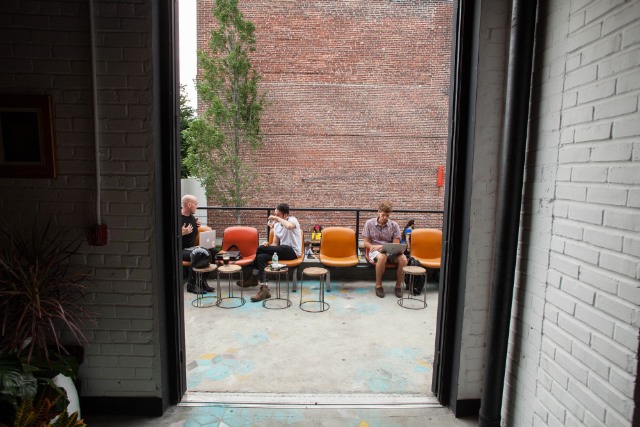 #bar
#coffee shop
#freehold
#new restaurant and bar radar
#venue
#williamsburg
#work space
#original
Do you know the scoop? Comment below or Send us a Tip
A new Gothamist is coming! We’ve moved comments over to our beta site. Click here to join the conversation and get a preview of our new website.