Inside Russ & Daughters And A New Book Immortalizing The LES Institution

Sarene Leeds, an associate editor at Rolling Stone and pastrami salmon enthusiast, recently visited the iconic Lower East Side appetizing shop Russ & Daughters to kibbitz with the owners about food, family and their new memoir, Russ & Daughters: Reflections and Recipes From the House That Herring Built. Here is her report:

This past November, I happened to walk by venerable New York appetizing institution Russ & Daughters. It was packed to the gills with customers picking up their orders, leaving little room for movement, which is probably why the actor Tim Robbins opted to cool his heels outside. Aside from doing an inner double-take over seeing Andy Dufresne in the flesh, I had to pause to make sure I hadn’t gone through a time warp to two months earlier. No, this was the day before Thanksgiving, not Erev Yom Kippur.

So what gives? When did smoked salmon trump turkey as the main event?

According to fourth-generation co-owner Niki Russ Federman, the answer is organic: “People have said to me, ‘When you think of family and getting together, you think of Russ & Daughters.’ And Thanksgiving is the ultimate family gathering.” Her cousin and R&D co-owner Josh Russ Tupper echoes the sentiment: “People see Russ & Daughters as food they want to share, and when you want to share something special, you want this food that provides some soul.”

And it’s soul, or “neshomah,” that has kept the store in business for approximately 100 years, says Mark Russ Federman, former owner, Niki’s father and author of Russ & Daughters: Reflections and Recipes From the House That Herring Built. “Our name is on the door, so part of our DNA is to worry about every piece of fish and every customer and every counterman, so we’re a little nuts when it comes to that stuff.” 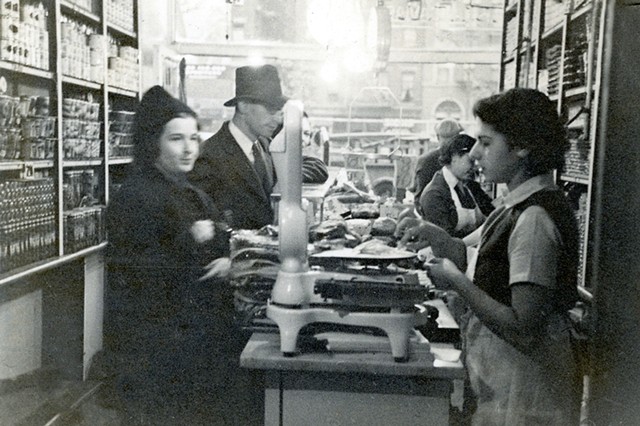 Russ & Daughters has weathered the Great Depression, World War II, 9/11, the transformation of the Lower East Side from, as Mark writes, "squalid ghetto to tenement chic," and the rise of the social-media generation (R&D has a blog and Twitter account both aptly named Lox Populi). Last summer, it reached the apex of pop culture credibility when Louis C.K. showed up with Parker Posey to sample Holland herring and chocolate babka on Louie. But aside from scattered television appearances (The Jews of New York, No Reservations), it's only now the story of Russ & Daughters is being told in a comprehensive memoir.

Mark, who took over the business in 1978 after growing disenchanted with his law career, weaves a charming tale of a Jewish immigrant family whose business grew from humble pushcart origins to the internationally known powerhouse it is today. The book is peppered with anecdotes about demanding-yet-lively customers, Mark’s bemused observations over the concept of Internet sales, and mouthwatering recipes ranging from cheese blintzes to lox chowder. 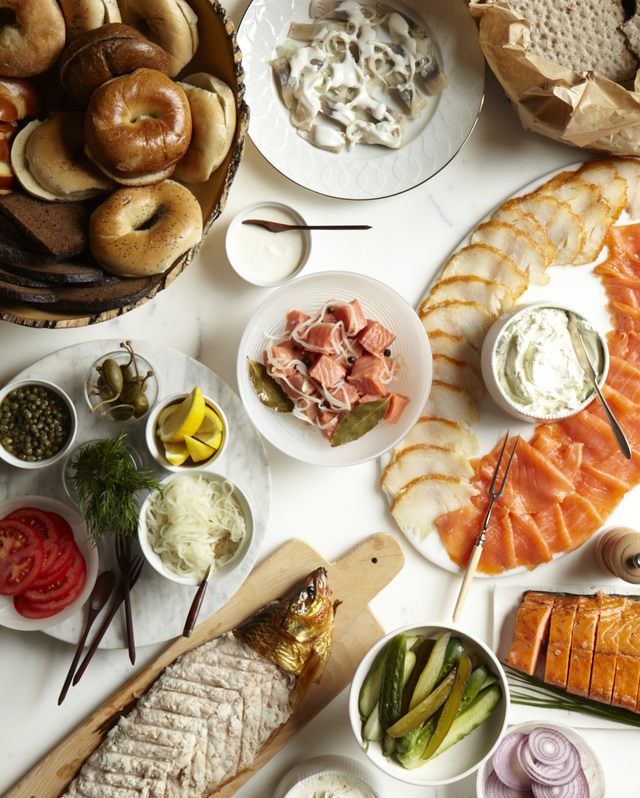 The Russ family and their century-long love affair with bagels, cream cheese, smoked salmon and herring began with the arrival of Mark’s grandfather, Joel Russ, from southeastern Poland, in 1907. Joel's children—he had no sons, hence the novel “& Daughters” name—were put to work at an early age, a tradition that continues today. And it’s not just the business that has posterity: Two of the three Daughters are alive and well, with Hattie set to celebrate her 100th birthday in April, and Anne, Mark’s mother, turning a spry 92 this year.

By Mark’s estimate, there were 20 to 30 appetizing stores on the LES between the 1920s and the end of WWII, but Russ & Daughters is the only one still in operation. The author chalks up the demise of these establishments to the age-old wish that future generations become doctors and lawyers. While partially true (Mark did go to law school), that’s not the only reason why R&D outlasted the competition. As anyone who has had the privilege of stepping into the cozy confines of the store knows, there remains an element of personal attention that has all but become a thing of the past.

“I understood from a very young age that there was something going on here that wasn’t just about selling food,” says Niki, who, along with Josh, has owned R&D since 2009. “There was this whole other level of human interaction. Just seeing my father hugging and kissing customers and launching into personal conversations with them, picking up from what they were talking about the previous month, I knew that was unique.” 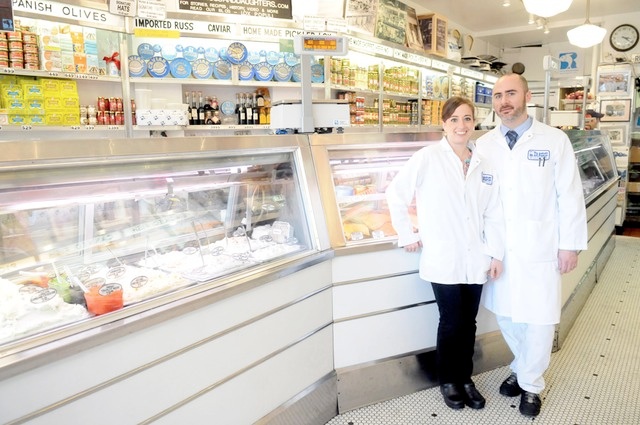 Even after Hurricane Sandy, with Lower Manhattan in the dark, R&D managed to remain a beacon of hope for a disconsolate city thanks to a generator Josh procured. Once @LoxPopuli tweeted that R&D was up and running, “The response was like, ‘I know everything’s going to be OK, because Russ & Daughters is open again,’” says Niki.

Reflections and Recipes, with its seemingly endless collection of stories, bottles Mark’s talent as a master schmoozer and offers a nibble at the R&D experience for those who can’t make it to the LES on a regular basis. But don’t hold your breath for any dish on the litany of famous (and infamous) customers who have walked the store’s hallowed floors. Bernie Madoff’s unearthed credit card slips simply reveal his affinity for R&D’s appetizing. But the fact that humorist Calvin Trillin wrote the foreword speaks to R&D’s vaunted clientele.

One of the most delightful sections of the book is when Mark turns the spotlight on two of his most valued employees, Dominican cousins José Reyes and Herman Vargas. Niki insists her favorite sandwich of an open-faced bagel with scallion cream cheese and Gaspe Nova with a dollop of trout roe “always tastes better if José slices it for me”—while Herman commands a following as the Hispanic counterman who speaks Yiddish. 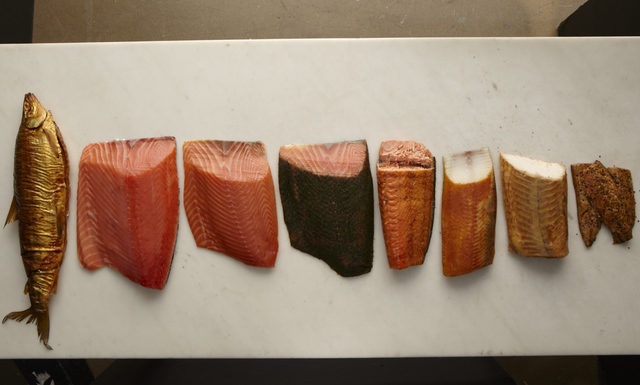 Reflections and Recipes may be a familiar shtetl-to-suburbs migration story for its Jewish readers, but it’s still a historical yarn everyone can appreciate. And the Russ family will be the first ones to tout the store’s universal appeal: “It’s not Jewish food anymore,” says Niki. “It’s a purely New York experience at this point,” adds Josh.

Russ & Daughters: Reflections and Recipes From the House That Herring Built goes on sale March 5th. Submit your story to Gothamist here.

#russ & daughters
#longform
#original
Do you know the scoop? Comment below or Send us a Tip