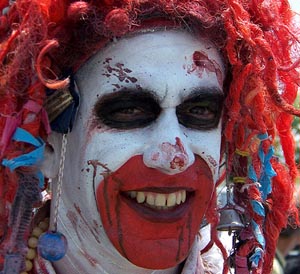 Gotham Gazette has an in-depth look at potential pitfalls in the city’s new law requiring chain restaurants to prominently display calorie info on all foods and beverages. Namely, the Health Department does not conduct systematic testing to ensure that restaurants are not miscalculating – or misrepresenting – their data.

Chipotle’s calorie info was previously disputed, and the Center for Science in the Public Interest found that Olive Garden’s cappellini pomodoro, posted as under 640 calories, actually had 990 calories. ABC News has also tested chains like Taco Bell and found big calorie discrepancies, and let’s not forget that priceless Dunkin' Donuts snafu where two locations in Penn Station displayed the same donut with wildly different calorie totals.

Class-action lawsuits have already been filed against Applebee's and Chili's for incorrect calorie counts – a Seattle woman is behind both suits. Chuck Hunt of New York State Restaurant Association, which has been fighting the regulation, tells Gotham Gazette that, "There are plaintiff lawyers just lurking in the shadows waiting to bring suits against restaurants for anything they do. The thing about lawsuits is, no matter how absurd and ridiculous the claim is, you still have to defend yourself, and the legal fees are incredible.”

Photo by PayPaul (Leader Of The WW Tribe).

#calorie
#info
#law
#lawsuit
#new york
#nyc
#regulation
Do you know the scoop? Comment below or Send us a Tip