How To Turn Iconic NYC Foods Into Healthy Power Bowls

Recently the NY Post published some absurd article about how "hot, skinny people" prefer their meals be served in bowls now. Not salads, which are also served in bowls, but "power bowls."

Normal humans have been putting food in bowls for ages, but it is undeniable that bowl-ing your food has gone from serving preference to Hot Trend over the past year. There is even a cookbook on my desk right now called BOWL. So, let's embrace this thing.

Speaking of embracing, one health coach told the paper about the appeal of these bowls, declaring, “You can combine so many different flavors and textures that it just creates this really satisfying meal. It’s almost like a hug." (Yeah. Do you need a bowl to throw up in right now?)

We recently asked some of our favorite spots to create bowl versions of their iconic New York City dishes. Below, here's how to turn your dirty water dog, bodega egg n' cheese, Katz's pastrami sandwich, pizza, and bagel into a Hot Trend Power Bowl. 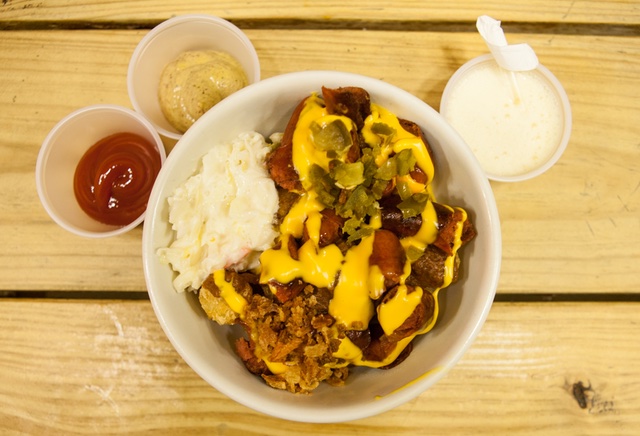 For this one we skipped the dirty water and went to the popular hot dog spot Papaya King, where they deconstructed their hot dog artfully. In this bowl you'll get: tater tots, housemade chili, cut-up all-beef franks, ketchup, mustard, crispy onion, and relish. There is no bread, carb watchers, so this is 100% healthy and fits right in with the "power bowl" trend. 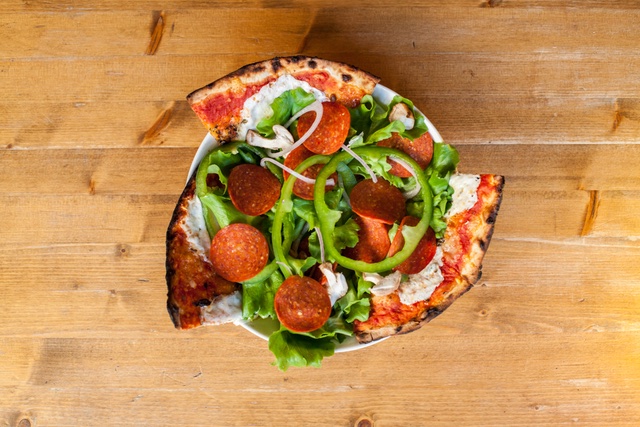 We applaud the folks at Emily Pizza for scoffing at the idea of bettering a New York slice by bowling it. Obviously the best way to bowl pizza is by literally just placing full slices into a bowl, plucking them out whenever you need a new one. To make it appear like a healthy "power bowl," simply disguise it with salad. What you see here on top of the slices are Gotham Greens Lettuce, Forage & Found Shiitake Mushrooms, Red Onion, and Pepperoni. Wow, that's healthy and locally-sourced—make one of these after your next yoga session. 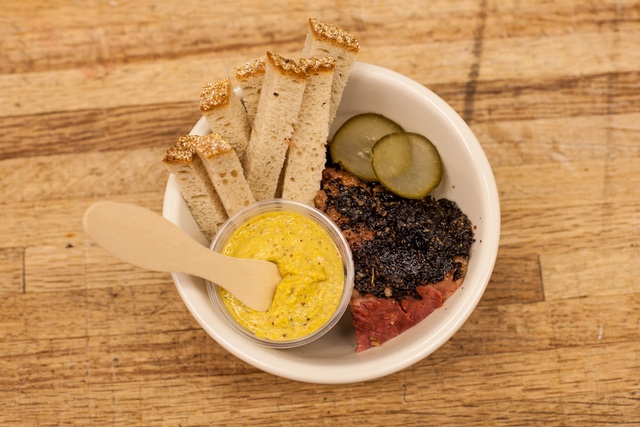 When we reached out to Katz's about this project, this was the reply: "I don't know where to begin. It's just so ridiculous." What you see here is what you get, and what you get is NYC's most iconic "power bowl." Pick up that chunk of pastrami, bite into it, and feel yourself getting stronger. 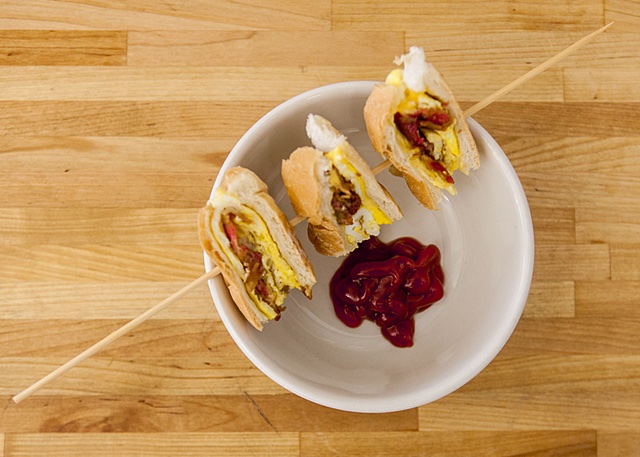 No one does an bacon egg n' cheese better than your local bodega, which is where we picked this one up. There are plenty of ways to bowl your BEC, but we decided to class up the classic hangover food by skewering it and placing it over a bowl with ketchup. Is it a power bowl? 4 in 5 people with hangovers agree it will cure your hangover, and if that's not power, what is? 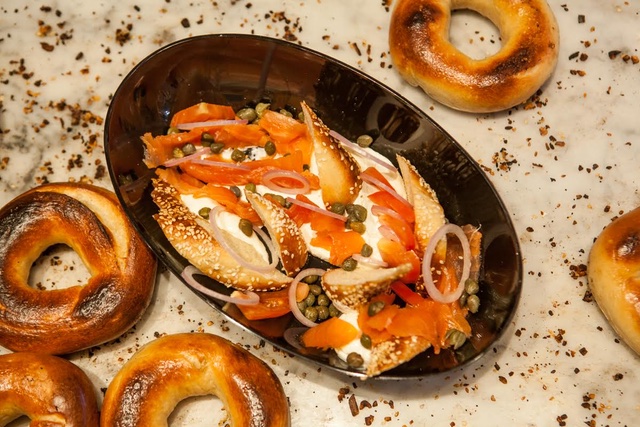 The good people at Black Seed built this monstrous creation for us, and when they stepped back to look at their work they worried, "we're going to have to sell these now, aren't we?" This bowl is jam packed with power: you've got your lox (Omega-3s!), your cream cheese, your capers, your red onions, and your carbs. All the food groups. Now that's power.