How To Become An Oyster Snob Without Really Trying

New York Harbor was once the biggest oyster bed in the world. Those delicious bivalves found our harbor perfect for their high-volume water filtering needs and not only kept it clean but also protected us from storm surges. In return we ate and sold so many of them (and polluted our harbor so much) that the tasty water filters essentially died off and have only been brought back recently. Not that local scarcity has stopped us from shooting them down the hatch. Instead we just import the slimy slurpers from around the globe—but does where your oysters come from make any real difference?

Yes. With oyster beds, a few hundred yards can make a tastable difference.

In the same way that where you grow your grapes will directly affect the taste of your wine (a.k.a. terroir), where an oyster farm plants its oysters will directly affect the bivalves taste and texture (merroir?). In fact, most of the oysters you'll get in an oyster bar are the same species—the differences in how they taste and look are all about what kind of water they grew up filtering and how they were handled. And yes, pretty much any oyster you are buying is farmed. Like so: 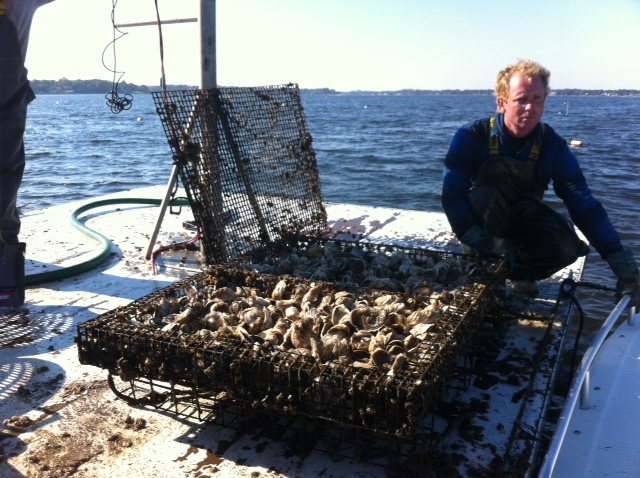 Meanwhile the similarities between oysters and wines don't stop at their ability to taste of a single place. They also both boast scary obsessives who make novices feel foolish. Ignore them! Winos have to start somewhere and so do oyster aficionados. The key, as with anything, is figuring out what you like and then expanding your palate. And a good way to do that is to embrace a region at a time. Luckily North America has many for you to choose from!

If you really want to have fun with oystering, grab a friend (remember, oysters are aphrodisiacs) and head to a serious oyster bar (you won't be let down at Grand Central) with a region in mind. If possible keep a map of the region handy and order an oyster from as many different areas within that region as possible. Your waiter should also be able to help you out here. Once you've been served, eat—preferably without sauces so you can really get the flavors (you can bring those back once you know what you are tasting). Take notes! Do you prefer the saltier oysters? You might want to stick to oysters further into saltwater. Prefer them milder? Baywater might be for you. There really isn't a wrong answer.

While some are very partial to Pacific North West oysters, we grew up sucking back and loving bivalves from Massachusetts. But recently we've become quite partial to the oysters from the Chesapeake Bay (disclosure: a press trip sponsored by the Virginia Tourism Board helped with that) and that area is not a bad place for a novice to start. 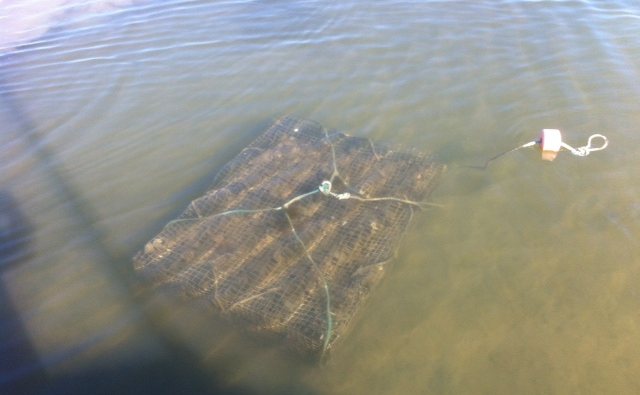 Like New York Harbor, the Chesapeake was once a major oyster producer (the typical American oyster's scientific name is Crassostrea Virginica) but because of pollution and over-farming its popularity faded. But now not only is the Chesapeake oyster making a return, it is downright affordable. For instance at the charming, if pricy, Williamsburg oyster bar Maison Premiere the two Virginia oysters regularly on the menu [PDF] just happen to be the cheapest ones they've got (though, as we recently confirmed, they don't taste it).

If you want to give Virginia oysters a shot you might as well start with this breakdown of the area's oyster regions (we've been really digging the salty, fat oysters from Hog Island Bay lately). As for where to try them, you can generally find fresh oysters from the area at Grand Central Oyster Bar, L & W Oyster Co., Lure Fishbar, 169 Bar, Maison Premiere, Lighthouse Brooklyn, Marlow & Sons and The Mermaid Inn.

Next thing you know you'll be talking authoritatively about the relative merits of the briny seaweed flavors of Sewansecott oysters versus Shooting Point Salts' slightly mellower flavors). Also, you'll be better equipped to notice some of the special things that sometimes find their way inside oysters, like pearls and tiny, tasty pea crabs: 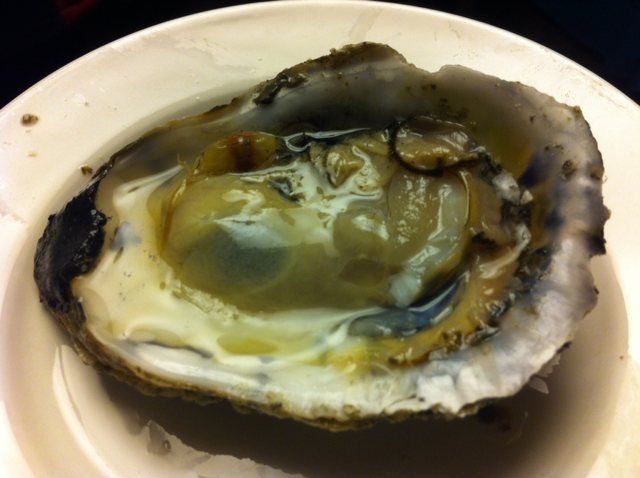 That thing in that oyster? That is a pea crab. It brings good luck and tastes delicious, if crunchy (Garth Johnston / Gothamist).

#merroir
#omg i could eat oysters all day
#oyster
#oyster snob
#oysters
#the world is your oyster
#original
Do you know the scoop? Comment below or Send us a Tip