How Much Cheese Are You Prepared To Eat This Weekend?

If aren't already wearing them, jump into your cheese pants and hop the 7 train to Flushing Town Hall for Saturday's Great Northeast Cheese Fest, the NY Epicurean event that's a showcase for cheese- and taste-makers who revel in the diversity of America's cheeses and as an opportunity for fromage fanatics to overdose on dairy (and some drinks, too). Expect tons of dairy goodies from over 30 artisanal creameries, plus some special chef-created bites and wines and ciders from around the state. Tickets are $60 ($150 VIP) for access to all that cheddar.

Two holiday pop-up markets are making their debuts this weekend, starting with the Winter Craft Market put on by the Queens Night Market at their new Jamaica digs at 159-15 Jamaica Avenue. Saturdays through December 19th from 10 a.m. to 7 p.m., head out for handmade items for your gift list, including artisanal foods, plus some live music to keep things festive. In Manhattan, there's Urbanspace Provisions inside UrbanSpace Vanderbilt, where 15 artisan food makers are vending things like cheese, jams, cured meats, chocolates and other edible goodies. The market runs Saturdays and Sundays through December 20th from 11 a.m. to 5 p.m. 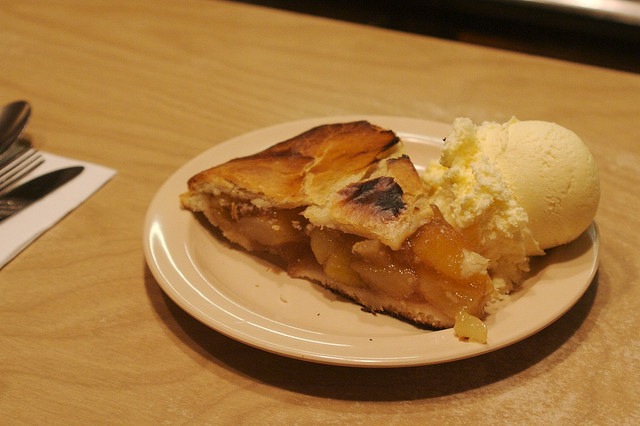 It's still officially fall and the harvest season, so there's still time to enjoy the best bounty of autumn: the apple. GG's in the East Village will be investigating something different than the usual pizza pies with an Apple Pie Contest. Contestants with pie-baking experience are encouraged to enter their apple pies and bring them to the restaurant by 4 p.m. on Sunday for judgement. Pie eating enthusiasts can show up between 3 p.m. and 6 p.m. to sample some of the selections, provided they pony up the $20 door fee, which will be donated to Share Our Strength.

The Cinnamon Snail hasn't been making their usual rounds at the Vegan Shop-Up lately—maybe they're too busy with their forthcoming restaurant—but there are still lots of tasty, cruelty-free snacks lined up for this Sunday's Manhattan market at Spreadhouse Coffee. For in-the-moment eating, there are vegan hot dogs from Yeah Dawg and baked goods from Cake Thieves; for later noshing, nut cheeses from Cheezehound, hot sauces from Tamerlaine Farm and even some non-edible swag like handbags from Grape Cat. The market is open from noon until 5 p.m.