Following the announcement that James Gandolfini had died yesterday, hundreds of fans of the actor flocked to Holsten's ice cream parlor in Bloomfield, New Jersey last night, where his famous final scene in The Sopranos was filmed. We called Holsten's this afternoon, and were told there's been a steady stream of fans coming in today, "definitely broke a hundred" in numbers, so far. 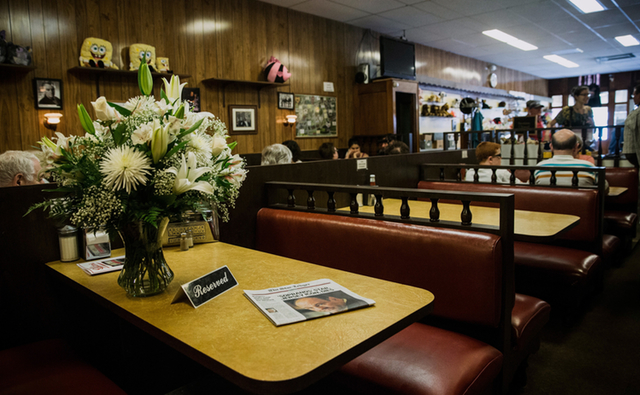 The booth where the final scene was shot has a "reserved" sign on it—"I closed the booth out of respect for him. It's to let the people know who come in and look at that booth, they will see the sign that it's reserved for the Soprano family," owner Chris Carley told the Daily News. Many last night were ordering onion rings, the final order placed by the Soprano family on the show, and posing at his table: 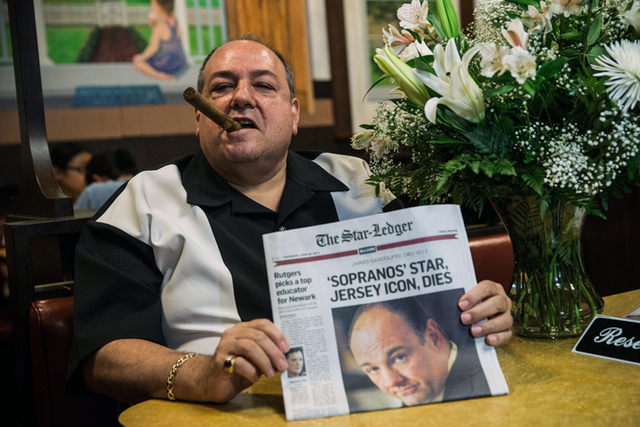 We were told this afternoon that the reserved sign is still up, and flowers are on the table. Here's the final scene, which gave Gandolfini a WTF moment when he first saw it: "When I first saw the ending, I said, ‘What the fuck?’ I mean, after all I went through, all this death, and then it’s over like that?"

#holden's
#james gandolfini
#new jersey
Do you know the scoop? Comment below or Send us a Tip
A new Gothamist is coming! We’ve moved comments over to our beta site. Click here to join the conversation and get a preview of our new website.