We're only five and a half weeks until Memorial Day (home stretch!) and today, the Riis Park Beach Bazaar—who took over the amenities at Jacob Riis Park last summer—have released their lineup of food and entertainment vendors coming to that stretch of the beach this season. An off-season seafood restaurant has been keeping the space warm throughout the cold winter, but soon the seven Bays will be filled with an assortment of local barbecue, ice cream and frozen drink pushers to fortify a day of letting the sun sap all the moisture out of your body.

Starting on the more southerly end of the park we have Bay 14, where Oaxaca Tacos, a Morroccan-inspired restaurant called Cuisine by Claudette (a local Rockaway business) and Clean Shave Ice—organic, local and non-GMO fruits and veggie snow cones, sometimes made with booze—will be holding court. 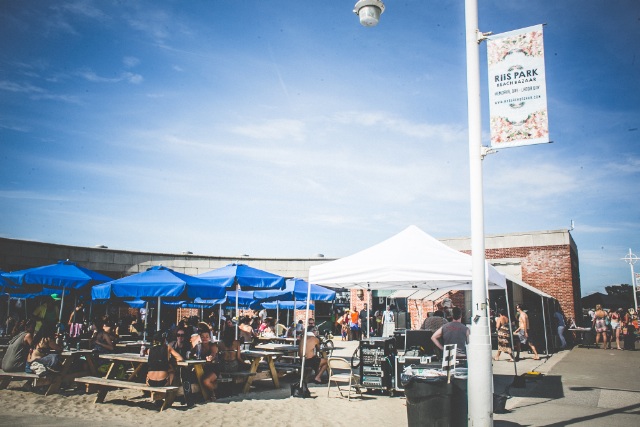 Bay 6 houses another Sussman operation, Ed & Bev's, which is also enjoyed a run at Berg'n. Their Detroit-inspired menu features Coney Dogs and Greek-American dishes like spanikopita and Greek salad.

#beaches
#food vendors
#jacob riis park
#riis park beach bazaar
#original
Do you know the scoop? Comment below or Send us a Tip