Here's What A Five-Course "McGourmet" McDonald's Meal Looks Like

As soon as they settled in for their mysterious "McGourmet" dinner eleven stories up in the Tribeca skyline, the guests began to laugh. "Clear your minds as to what you might be expecting," McDonald's Senior VP for Menu Innovation announced over the giggles, as if giving a TED Talk on Sanguinity. Unfortunately, clearing your mind can be easier than cleansing your palate.

Do the investors, advertisers, food media, and McDonald's faithful care whether a battery of Food Network chefs can bend and twist loud, cheap flavors into subtle mouthfuls of sublimity? (They can't.)

Why pretend that we want anything other than instant gratification from our fried flesh and sugar specialists? (The numbers say we don't.)

Why keep staging this charade? Why not serve us a proper steak and a promise and let us leave wondering if McDonald's can deliver slightly more wholesome food in a slightly less evil manner but certain that the meal we just consumed was actually good? That delicious memory will subsume our doubt and will save a lot of time and money. 1.5 billion toys can't be wrong: McDonald's is built on good memories! 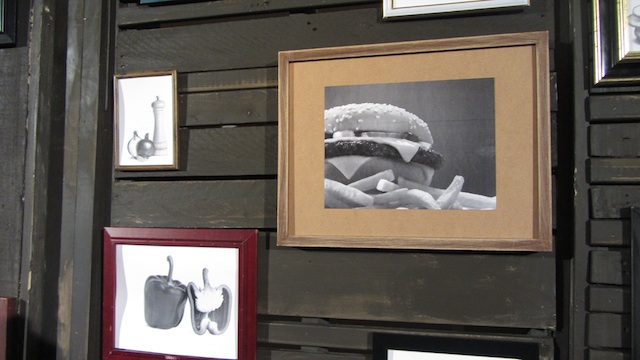 So why? Well, Chef Dan Coudreaut, McDonald's Executive Chef and VP for Culinary Innovation likes to ask, "Why not?"

He also likes to say, "I work with the most powerful restaurant in America."

So the most powerful restaurant in America set us four forks, poured us white wine, and served us chicken nuggets. 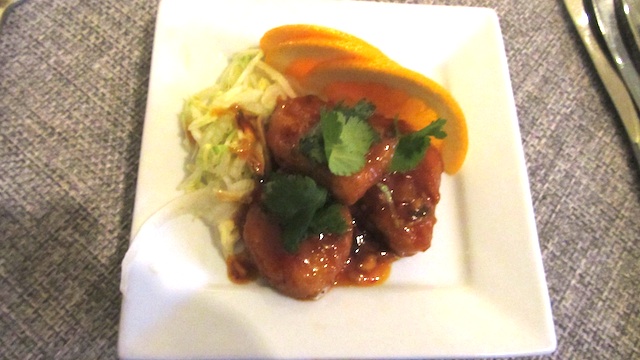 Chef Dan introduced Chef Dale Talde, the brains behind the first dish of the evening. Talde, who is known for his innocuously zany dishes at his eponymous Brooklyn restaurant, somewhat sheepishly explained that he didn't often eat at McDonald's as a child. "We had it if we were good," he said.

As the plates were passed out, Chef Dan announced that "the chicken nuggets are a little different from what you'd see if you visited one of our stores," presumably commenting on their higher quality. Still, these were chicken nuggets soaked in a cloying, spicy sauce, next to a tuft of iceberg lettuce and some orange slices. The lettuce reminded me of money, which made me wonder how much these chefs were getting paid. 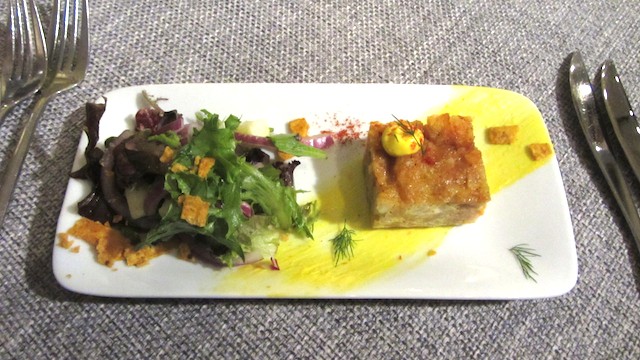 Then we met Chef James Tahhan, who was asked how he chose his ingredients. "I used fresh ingredients because as soon as I saw them, I knew they were gonna go into the salad." Fair enough. Chef Tahhan's recipe for greatness? "It's all about making the little details shine, to make perfection."

This tasted like frigid Frankenquiche (With RealSaphrron™). Chef was right about the salad and the broken bits of Chili LimeTortilla Strips strewn therein. They tasted pretty fresh. 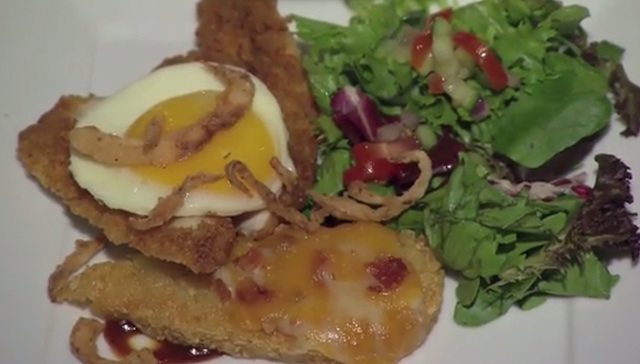 ("Fuck it!" a man in a collared shirt yelps as he furiously draws on a whiteboard in a windowless room in Illinois. "We'll give 'em chipotle sauce WITH their fucking fried egg, fuck it!")

It tasted appropriately rich. It tasted good. It might give us cramps later but those cramps sometimes come with being a consenting adult and eating fast food. The side salad wasn't bad either.

The final two courses were courtesy Chef Jessica Foust, a registered dietitian who is McDonald's Nutrition and Culinary Director. I made a joke about Dr. Faustus and no one at my table laughed.

Before Chef Foust appeared, Chef Dan told the audience about his belief that "there aren't any forbidden foods." He said that the key to food, any food, was "moderation." I recognized this line instantly: My mom is a dietitian, and she used it all the time.

Still, that line works a lot better if you're pouring your kids skim milk and tricking them into eating primitive veggie burgers than it does when you're at the helm of a kitchen feeding 27 million people every day in a country where more than one-third of the population is obese.

The line works best as a promise of a reward after a spate of broccoli-tinged discipline, rather than the thing you say before committing deep-fried atrocities. It's an affirmation, not an excuse. 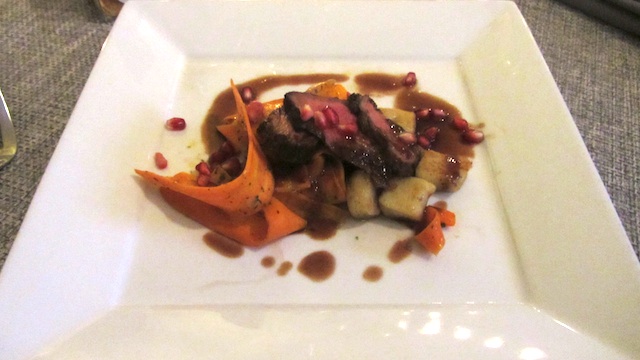 We then ate the sole beef course of the evening, which included a sauce made from McDonald's Blueberry Pomegranate Smoothie Base and gnocchi made from french fries. We were told that the beef was identical to the chuck ground for the hamburgers. I couldn't finish that one. 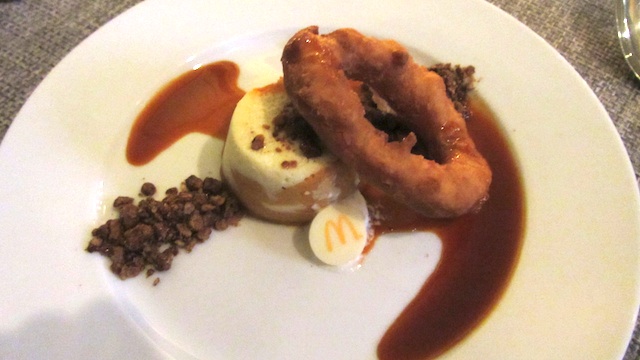 Dessert was a Pumpkin Spice "Biznut." As I struggled to cut my surprisingly stubborn Biznut, I made a joke about a recent report on calamari. No one at my table laughed. "We were inspired by the cronut," Chef Foust explained. I would have killed for an apple pie.

#celebrity chefs
#dale talde
#fast food
#fuck it we'll add chipotle
#mcdonald's
#talde
#original
Do you know the scoop? Comment below or Send us a Tip