Here's The 24-Hour Biscuit Emporium You Never Knew You Needed

[Update Below] Biscuits with butter, biscuits with gravy, biscuits with chicken, oh biscuits please save me (...from my hangover). That's not the real tagline for Empire Biscuit, a new biscuit-focused shop in the East Village, but it could be. However you top them or fill them, buttery biscuits are the universe's way of telling you everything's going to be alright and this new Avenue A eatery knows that comfort doesn't keep business hours.

The new single-focus shop opened yesterday between 12th and 13th Streets, with plans to keep the place open 24/7 for the late-night set and the desperately hungover. First up: biscuit sandwiches, filled with breakfasty items like Benton's bacon, egg and cheddar ($6) and the bizarre/awesome Scotch Egg with cheddar and whole grain mustard ($8.50). They're also doing biscuits and gravy, of course, but instead of the knife-and-fork deal common below the Mason Dixon, they're stuffing sausage, redeye and vegetarian gravies between two halves of biscuit, creating a messy but satisfying sandwich. 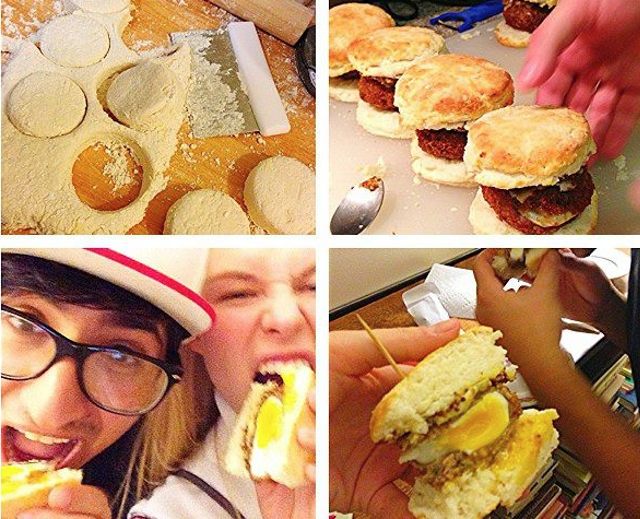 The custom butters, spreads, jams and marmalades are where things really get exciting, with dozens of different decadent things to coat either a Country Style (laaaaaard) or All Butter biscuit. They've got some pre-tested combos on the menu like The Fancy Pants (foie gras butter with preserved lemon and cabbage jam) and The Kiki (chocolate and caraway butter with coffee jelly), but here's where your stoned mind can really flourish. Face Cheese with Plume, Prune & Port Jam? Sure why not. Creole Cream Cheese with Oxtail & Brown Sugar Jelly? No judgements here! 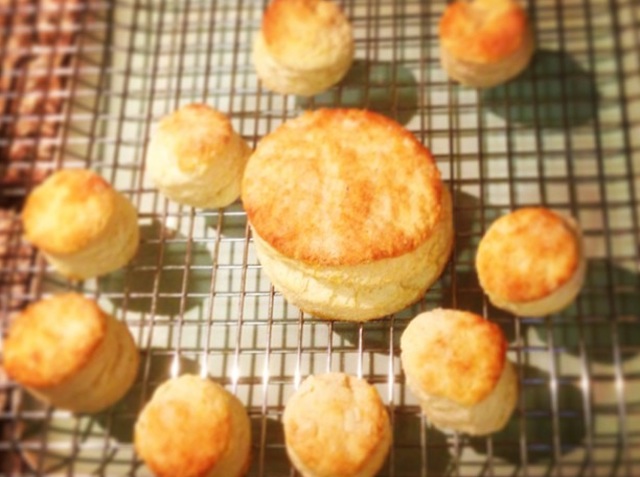 [UPDATE] The shop dangled their flaky treats to the 'hood yesterday and took today off to recuperate but come 8 a.m. tomorrow on Sunday from 8 a.m. to 3 p.m. and then starting Tuesday 8 a.m. you can get your biscuit fix whenever you damn well please.

198 Avenue A between 12th and 13th Streets; empirebiscuit.com