Aziz Ansari has brought his love for food back in Master of None's second season, which starts off in one of the biggest culinary capitals of the world, Italy, before settling back into New York. And since Ansari's passion for food is very real, New York's real life food scene becomes more than a background player in the series—nearly every episode features a tip or two on where to go, and what to order. Here's a rundown of the places you'll see in season two, which hits Netflix on Friday (May 12th). 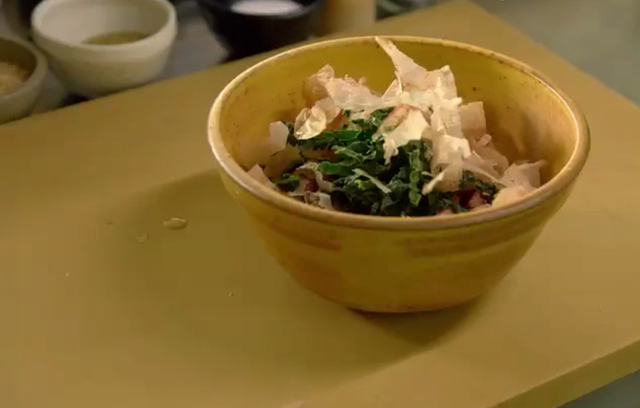 Broth-less ramen at Yuji Ramen. (Screenshot from 'Master of None')

OKONOMI // YUJI RAMEN, 150 Ainslie St #2 ( btw Leonard St & Lorimer St in Williamsburg). In the show they order the mazemen ramen, which is broth-less. The restaurant's GM George Padilla told us: "That is the Bacon & Egg mazemen served under the restaurant name 'YUJI Ramen.' OKONOMI is the name of the restaurant during the daytime, for serving Japanese breakfast."

LOS TACOS NO. 1, located in Chelsea Market. Ansari's character, Dev, doesn't go here in the show, but he does mention it, saying they have the best tacos in NYC (and recommending the al pastor). 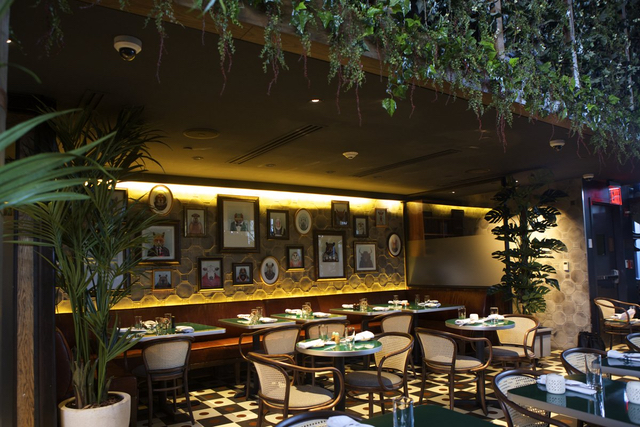 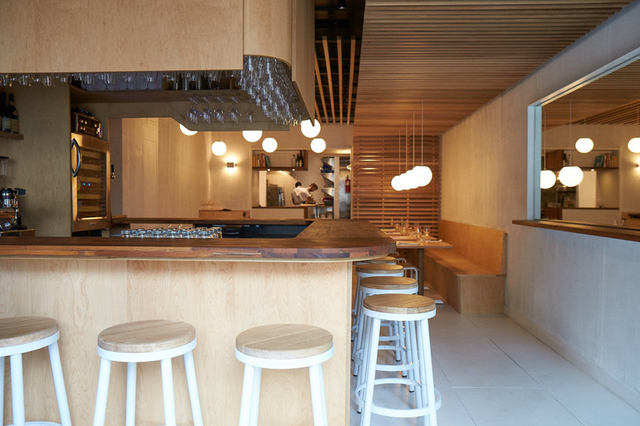 THE FOUR HORSEMEN, 295 Grand Street (btw Roebling & Havemeyer in Williamsburg). In the show the wine bar, owned by James Murphy, is used as a first date spot. 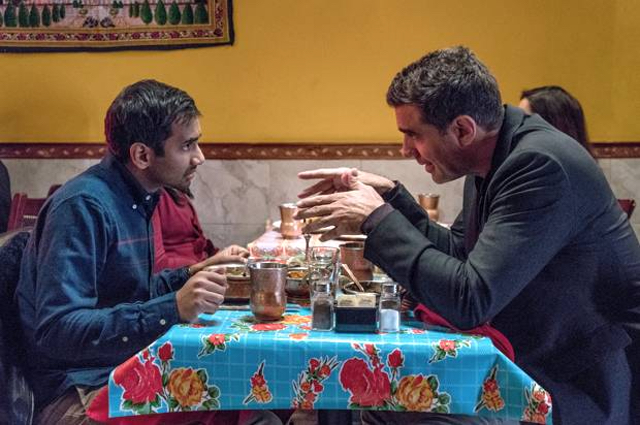 SAUVAGE, 905 Lorimer St (at Nassau Ave in Greenpoint). A nice-looking little French spot from the folks at Maison Premiere.

SLICK WILLIE TABLE & BAR, 179 Meserole Ave (btw Calyer & Meserole) in Greenpoint. This place is a sandwich shop on the show, where they order Cubano and Portabello & Hummus sandwiches. (Neither are on their real menu.) 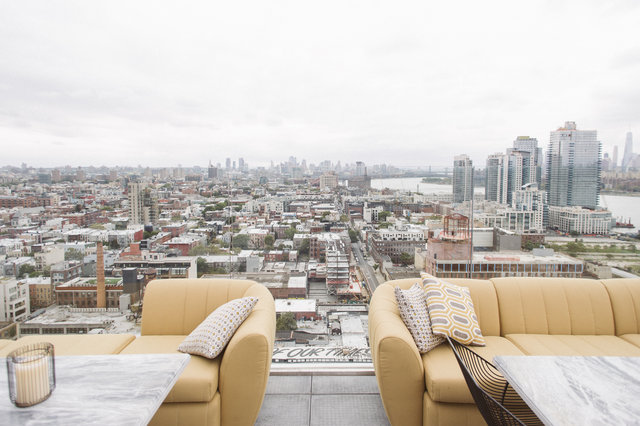 WESTLIGHT AT WILLIAM VALE, 111 N 12th Street (btw Berry & Wythe in Williamsburg). Some of the best views in town, the roof is used as a later-night date spot in the show. 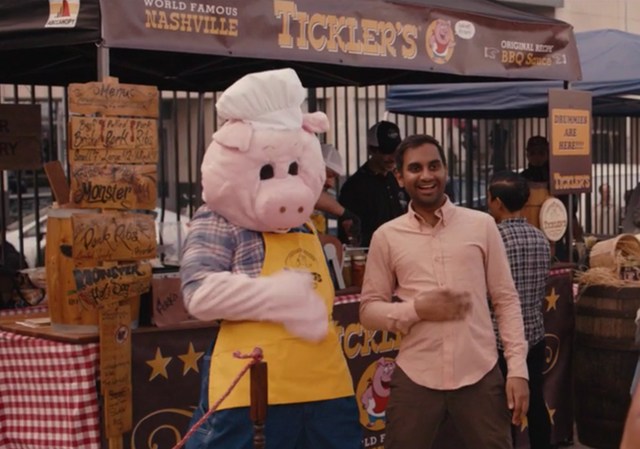 Tickler's isn't real, but Smorgasburg is. (Screenshot from 'Master of None')

JIA AT HOTEL ON RIVINGTON, 105 Rivington St (btw Ludlow & Essex). This is a lovely lounge with lots of floral patterns, but unless you like bottle-service crowds you probably never want to go here.

SMORGASBURG. On the show they are at the East River State Park location, for a special Hog Wild Weekend featuring food from Tickler's. This is a fictional BBQ spot from Nashville which also turned up in season one (when it was filmed at Hometown BBQ in Red Hook).

#aziz ansari
#food guide
#master of none
#netflix
#restaurant guide
#original
Do you know the scoop? Comment below or Send us a Tip