Heading To Panorama Music Festival? Here's What You'll Be Eating

Festival stalwarts Roberta's will be baking up their Neapolitan pies (the Bee Sting FTW), joined by Pasquale Jones, a fancy spot that also serves pizza, though their festival offerings have yet to be released. You'll also be able to score pizza by the slice via Spicy Pie. Also in the Italian contingent is Trapizzino, the Roman pocket sandwiches that just arrived in NYC. 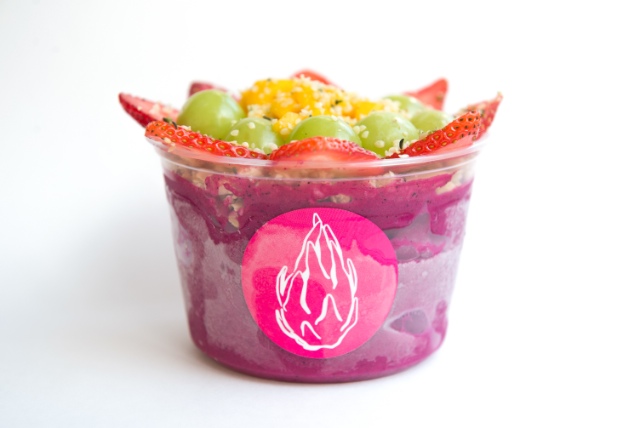 "Dazed and Infused" at Loco Coco

Sweet tooths should head to Eggloo for their over-the-top egg waffle creations, Crepe Cafe for sweet (and a few savory) crepes, Ice & Vice for scoops in all sizes of their premium 'screams, and some of the deep fried variety will be at Sam's Fried Ice Cream.

Those fancy folk in VIP will be treated (well, they still have to pay) to poké and Cali burritos by 2nd City, an assortment of soba bowls courtesy of Chefs Club Counter, Coney Dogs and veggie dogs by Ed & Bev's, ice cream from OddFellows, tacos from Ofrenda and different tacos by Salvation Taco.

Finally, there are plenty of bars around—plus the cocktail mavens at PDT will be doing something—but non-boozy options include iced matcha and other matcha products from MatchaBar, coffee drinks from Uptown Roasters, and smoothies and lemonade coolers from Loco Coco.

Below, the complete lineup for advance recon purposes.