Have You Tried This Protein-Packed, Healthy Halo Top Ice Cream Yet?

In 1993, Seinfeld aired an episode called "The Non-Fat Yogurt," in which the characters on the show, and seemingly all of New York City, become obsessed with a non-fat frozen yogurt spot that has just opened. Believing a non-fat dessert to be too good to be true, Elaine decides to send the yogurt to a laboratory for testing. Turns out it was too good to be true, the non-fat claims were a sham and this frozen yogurt was extremely fattening and not great for you.

It's impossible not to think of this episode while eating Halo Top, an ice cream that has been garnering attention for the past year, and that I just tried myself recently after visiting its hometown of Los Angeles. The side of the carton boasts that the entire pint contains just 240 to 360 calories, depending on the flavor, and that it's a "good source of protein." What how what?

The ice cream is indeed low in calories, low in sugar, low in fat, low in carbs, and packed with protein. Whether this is done via science or a ritualistic blood-letting ceremony held in a walk-in freezer in Los Angeles, I DO NOT WANT TO KNOW. Because the ice cream is all over NYC now and I keep my fridge stocked for when I need some extra protein.

This ice cream is very, very good, so please don't go sending it to a lab, Elaine. Sure, it may not be as creamy as you like, but that is often done via artificial softeners, which Halo Top doesn't use. They say one of their secrets is organic stevia, and Erythritol, which is "technically a sugar alcohol, [but] unlike the others because erythritol doesn’t affect blood glucose or cause bloating." I can attest to the truth of this statement after a lot of research.

Each pint is under $6, and in NYC you'll find them at Whole Foods, Fairway (they currently have the largest selection of flavors), D'Agostino, and a few other smaller shops (you can look up locations here).

Halo Top flavors, Ranked (I will update this and change on a whim as I continue my Halo Top ice cream journey) 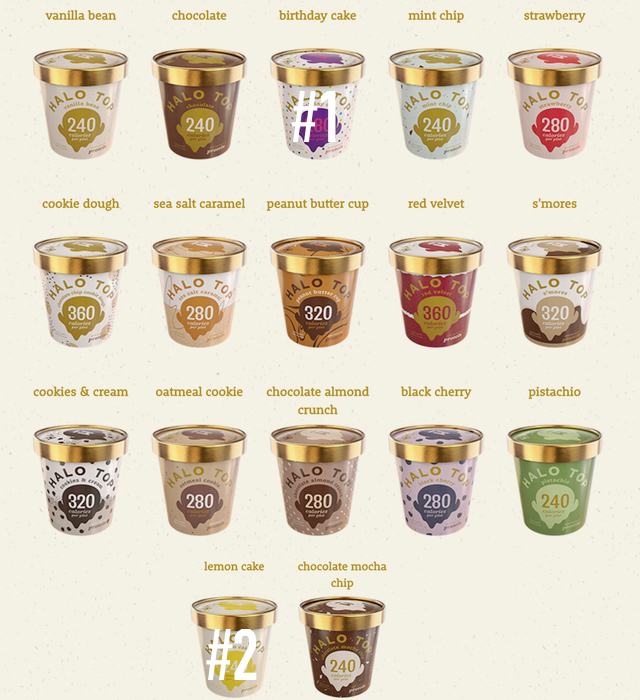 #halo top
#ice cream
#original
Do you know the scoop? Comment below or Send us a Tip
A new Gothamist is coming! We’ve moved comments over to our beta site. Click here to join the conversation and get a preview of our new website.