Have You Seen This Super Tacos Truck Robber?

Last week, a popular Upper West Side taco truck was held up at gunpoint. The robber remains at large, and now the police have released surveillance photographs in hopes the public can help identify him.

According to investigators, the incident occurred at 1:38 a.m. last Thursday, January 15, at the Super Tacos, which is parked on West 96th Street and Broadway. The suspect allegedly entered the truck and brandished a firearm while demanding cash from the four victims. Police say "the suspect then removed $120 in cash and an earring from them before fleeing to parts unknown."

Police describe the suspect as being 21-26 years old and about 5'6". They're distributing these photos of the suspect, including one of that appears to show him rolling his eyes at the camera, as if to say "give me a break, I'm just a small-time taco truck thief." 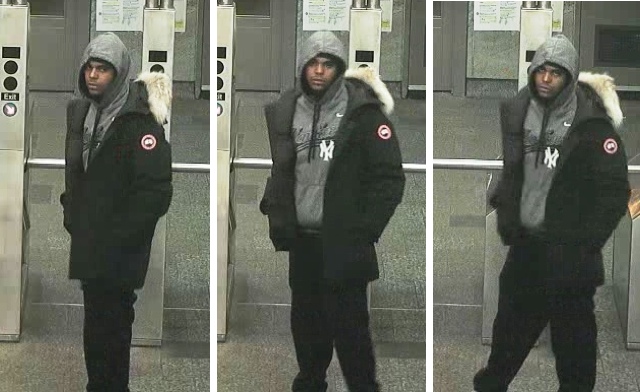 Augustina Galvez, a 15-year employee of the truck, told DNAinfo, "He came in and said, 'Give me the money.' It felt like it happened in one fast minute. It was very fast." The police said that the suspect was unhappy with the money he found, saying, "That’s all? $120?"

Super Tacos owner Cleotilde Rosendo said, "He got the money from the register. but there wasn't very much there and he was very angry. He kept saying 'this is all the money', and we said 'there weren't many sales today'. We were afraid."

The Super Tacos truck is a neighborhood institution, offering hearty and cheap tacos from 6 p.m. until 2. am. or 3 a.m. 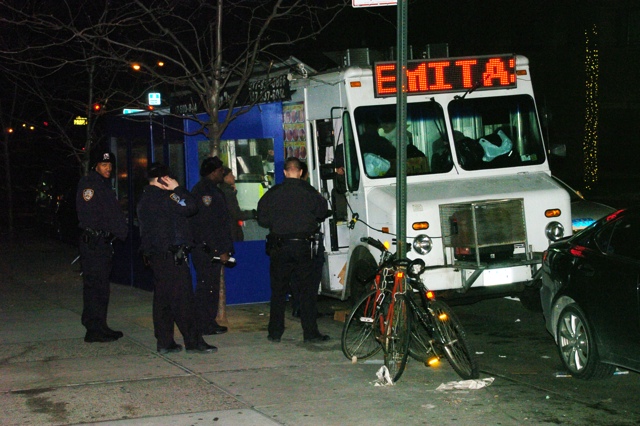 Anyone with information in regards to this incident is asked to call Crime stoppers at 1-800-577-TIPS (8477). The public can also submit their tips by logging onto the Crime stoppers website at WWW.NYPDCRIMESTOPPERS.COM or by texting their tips to 274637 (CRIMES) then enter TIP577.

#armed robbery
#crime
#Super Tacos
#Upper West Side
Do you know the scoop? Comment below or Send us a Tip