Have We Taken Ramen Too Far?

In simpler times, ramen meant a 30 cent package of Maruchan inhaled on your dorm room bed while "studying" for finals. Japan's specialty comfort food then hit the haute marker with chefs like David Chang and his Momofuku empire and the arrival of Ramen King Shigemi Kawahara, who opened the first USA Ippudo in 2008. Now, it's the next generation of ramen tinkering, whereby the liquid takes a hike while the noodles find themselves some new dance partners.

Some might wonder whether ramen noodles without the big bowl of broth are really ramen at all, but that's debunked by mazemen-style ramen, where there's just enough broth to coat the noodles. There's tinkering being done there too, of course, like the Four Cheese Mazemen at Ivan Orkin's new shop or the bacon and egg version from Yuji Ramen. Still, those bowls at least resemble their more common, brothy cousins; so what are we supposed to think about things like Ramen Burger?

There was a lot of excitement when Keizo Shimamoto debuted his creation at Smorgasburg last August, so much so that he opened a restaurant serving not only Ramen Burgers but also traditional bowls of ramen. But there was also a lot of grumpy commentary about chefs "taking it too far" when trying to create the next big Food Trend.

Whether he intended to or not, Shimamoto did set a kind of trend, with rival Ramen Burgers and a whole host of other ramen-related Frankenfoods popping up for food snobs to turn up their noses at. Below, some of the Spawn of Shimamoto, including some new creations by the chef himself. 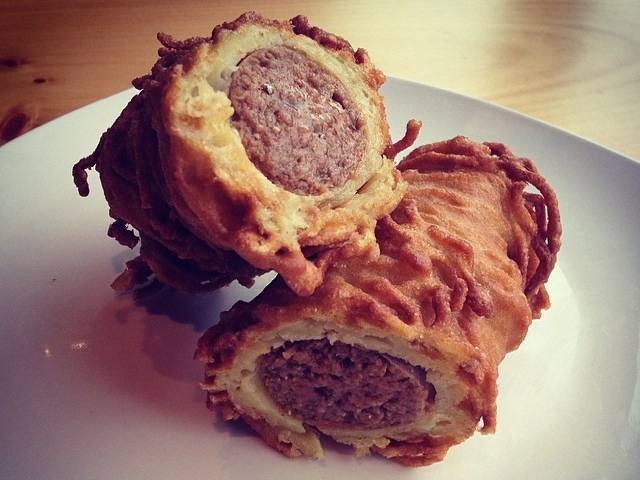 Ramen Corn Dog at Union Republic: This creation taps a similar vein as the Ramen Burger: take a classic American comfort food and swap about the bread product for ramen noodles. The restaurant's homemade hot dogs from their on-site butcher are enveloped in a cornmeal batter with knots of ramen noodles, then deep fried. On the side, kimchi relish and whole grain mustard. It's not completely out of left field for this Jersey City, NJ restaurant since they already serve ramen and even have their own version of a ramen burger made with roasted pork. 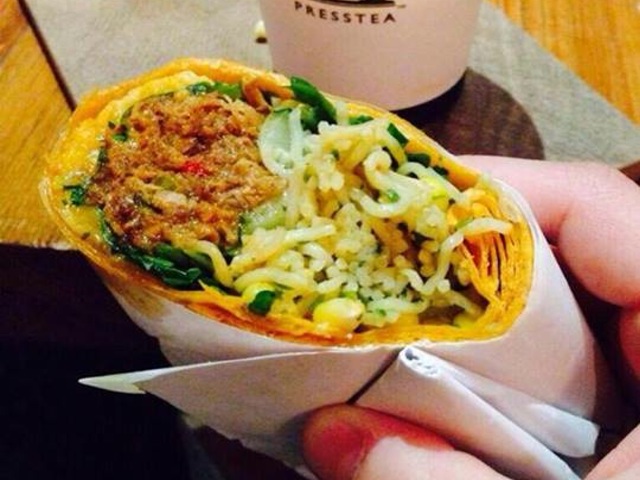 The Ramenrrito at Presstea: Rice for noodles isn't that much of a stretch but there's something so much more heavy-looking about a burrito stuffed with lots of cooked ramen noodles. That's what you'll get at this West Village tea and sandwich shop, where owner George Kuan debuted his contribution to the trend a few months back. Inside a wheat flour tortilla you'll find either Taiwanese pulled pork, chicken or hanger steak smooshed together with a cheese blend, corn salsa, caramelized onions, romaine lettuce...and a whole heaping handful of noodles. The bulging burritos ($9.50/10.50) are a monster compared to the relatively dainty Ramen Burger; plan for leftovers. 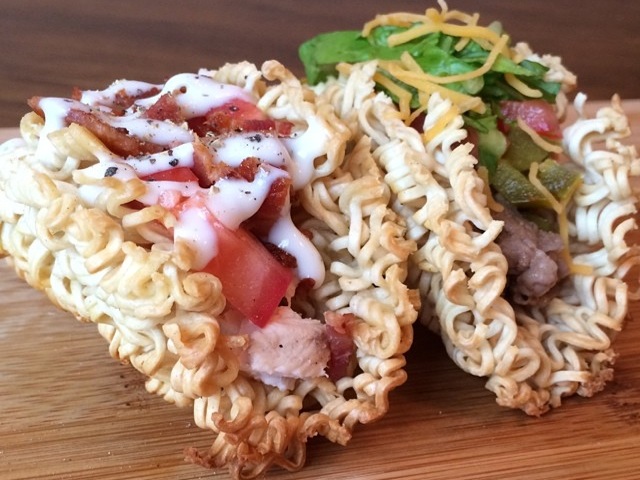 Ramen Tacos: In a similar vein, The Vulgar Chef also went "Mexican," creating crunchy taco shells out of ramen noodles. In his words: "You know what it is. I know what the fuck it is. Let's not give each other outside of the pants hand jobs." Noted! These versions are Chicken Bacon Ranch and a Shaved Beef-Pickled Jalapeño. The block of fried noodles that come in instant ramen packages are delicious uncooked (really) so the stoner science behind this is sound. 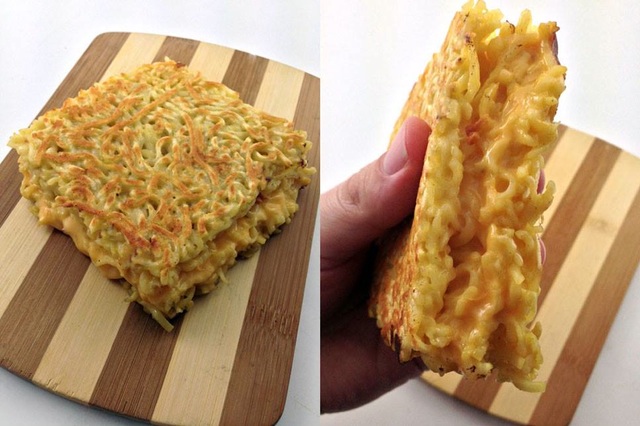 Ramen Grilled Cheese: Insane food creations are nothing new for Dude Foods founder Nick Chipman, who doesn't balk at, say, making a taco out of bacon and then stuffing it with mac & cheese. So it's not surprising he decided to create this delicious monstrosity that swaps out white bread slices for cooked-and-set ramen noodles cut into squares. From his telling, he grilled the "bread" slices as usual, threw on some slices and proceeded with cooking. Given his propensity to include macaroni and cheese into everything, we're shocked he didn't use that route here. 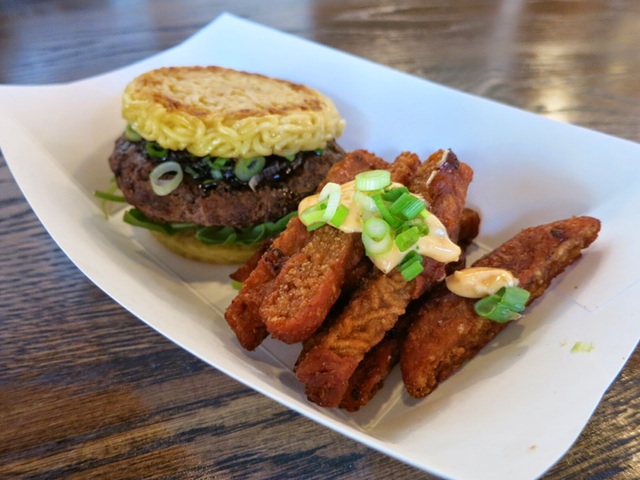 Ramen Fries: When the new beer hall Berg'n opens in Crown Heights you'll find not only Ramen Burgers but also Ramen Fries to accompany them, created by none other than Keizo Shimamoto. It's true that Shimamoto has not stopped innovating since his journey begun, but there's something soothingly full circle about creating the perfect accompaniment to his initial offering. From the looks of it, ramen patties are cut into strips, deep fried and served with some flavored mayo. There aren't many more details about this new creation, so we'll just have to wait until Berg'n finally opens.

#keizo shimamoto
#ramen
#ramen burger
#original
Do you know the scoop? Comment below or Send us a Tip