Today is the first day of National Vegetarian Week (which appears to only be in the UK?) and World Vegetarian Week (here on Earth)—so if you want to celebrate by going meat-free for a week, we have some suggestions for dining out. Vegetarian dishes can go next level when the experts are preparing them. And going meat-free doesn't mean you can't have meat-like substances in your meals—they taste better than they sound, promise. Last year we gave you these six spots that serve up fantastic fake meat fare, from tempeh to seitan to soy protein-based meals. Below, some more dishes we've spotted on the meat-free menus around town. 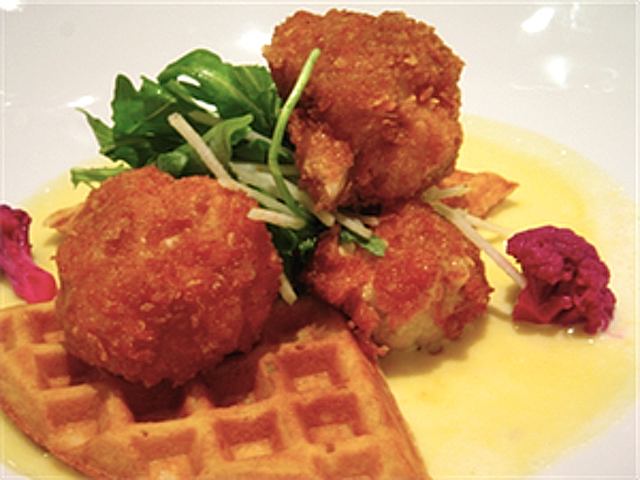 Oh, sweet sweet Dirt Candy (430 East 9th Street). You'll pay a little bit more here, but it's worth it—we had dinner there back in 2009 and have dreamed about it since. As Chef Amanda Cohen explained after opening in 2008 there's even something for people who claim, "I hate vegetarian restaurants." And currently on their menu that item might just be their take on Chicken & Waffles: Cauliflower & Waffles. The dish contains "buttermilk battered cauliflower, waffles, horseradish, and wild arugula." It costs $19, but you'll leave satisfied. 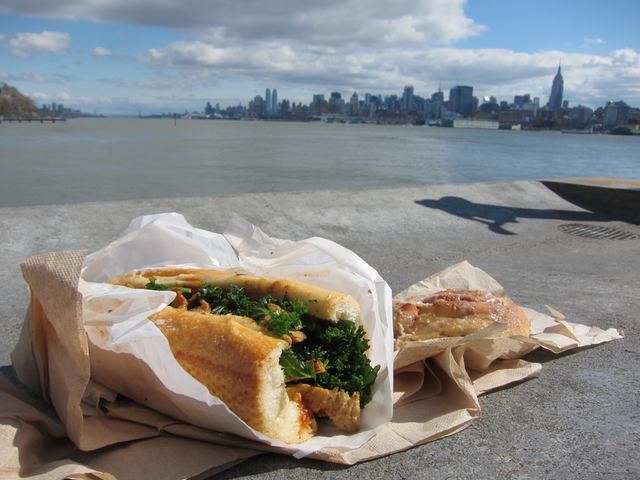 Obviously we love the Cinnamon Snail truck, and this week they're parking in the Financial District (today), Midtown East (Tuesday), Midtown West (Wednesday), Flatiron District (Thursday), and Midtown East again on Friday. They're always changing the menu up, and above you'll see their Lemongrass 5-Spice Seitan Sandwich and a Cinnamon Snail bun. They excel at both savories and sweets, so bring an empty stomach when you head over there.

A sampler and the Seitan Quesadilla at Caravan of Dreams, via Yelp

There's always the old standby Caravan of Dreams (405 East 6th Street), who have hands down the best homemade hummus in town (served with chia chips). One of their mainstay dishes is the Zucchini and Yellow Squash Spaghetti, which you can't go wrong with. This includes Brazil nuts, sesame meatballs, sun-dried tomato marinara, kalamata olives and basil. Bonus: when we were there a few weeks ago they gave each table a delicious and refreshing watermelon based amuse-bouche to start. Thom Yorke would hit that. 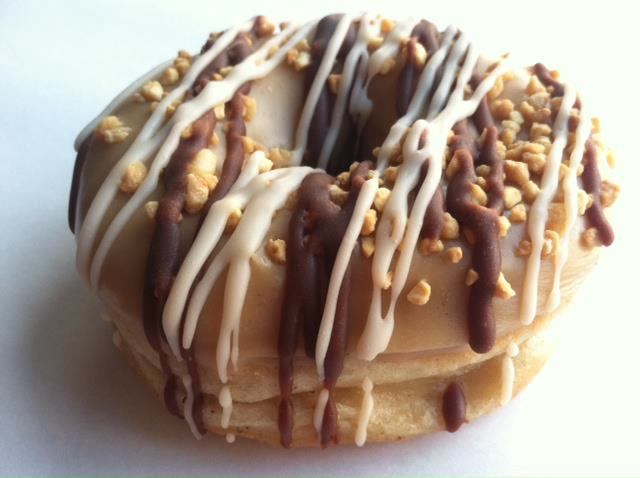 And if you just want dessert... you can't go wrong with Dun-Well Doughnuts in Brooklyn (222 Montrose Avenue). Check their Twitter each morning to get a heads up of what they'll be serving up—like this chocolate banana cream pie masterpiece. Our favorite is the cake doughnut, but they're known to be the only place that has perfected the more traditional fried dough doughnut, so you may want to get one of those. And if they happen to have their Faux Grois Doughnut, made with the Regal Vegan's amazing faux gras, snatch one or a dozen up, they're like a meal.

#caravan of dreams
#cauliflower and waffles
#cinnamon snail
#dirt candy
#dun-well doughnuts
#meat free
#vegetarian
#vegetarian week
Do you know the scoop? Comment below or Send us a Tip