Guess The Year, Where These New Yorkers Were Hanging Out

Can you guess the year this photograph was taken, and guess where exactly these gents were hanging out? As always, we'll update later with the answer and more details.

UPDATE: This photo, courtesy of the Museum of the City of New York, was taken in 1900 at the Casino Cafe in Central Park. The caption reads: "Bar, bartenders, customer and photographs on the walls with ornate architectural detail." 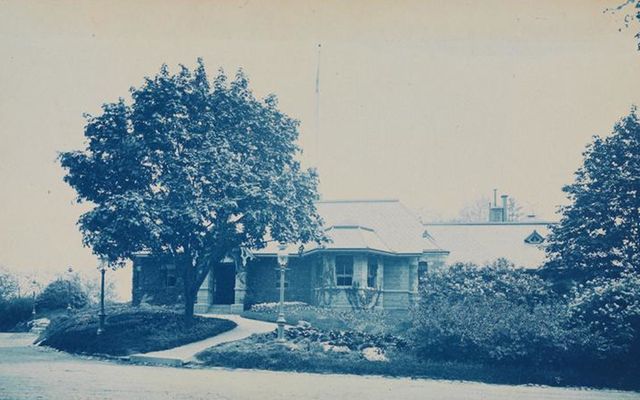 This is the Casino Cafe in Central Park, 1885 (Courtesy of the MCNY)

The Central Park Casino's original building was designed by Calvert Vaux and "intended to be a place for refreshments [a Ladies Refreshment Pavilion]. In the 1920s, it became a prime nightclub for wealthy socialites." As with many things in New York, eventually Robert Moses demolished it, claiming the Casino "catered to a wealthy clientele (with menu prices greater than the bill of fare at the Plaza Hotel), and thus was an inappropriate use of a public park. He also claimed financial mismanagement by concessionaire Sid Solomon and the Dieppe Corporation." It was replaced with "a playground laid out on a concrete pad," and today is the site of Rumsey Playfield/the Summerstage concert series.