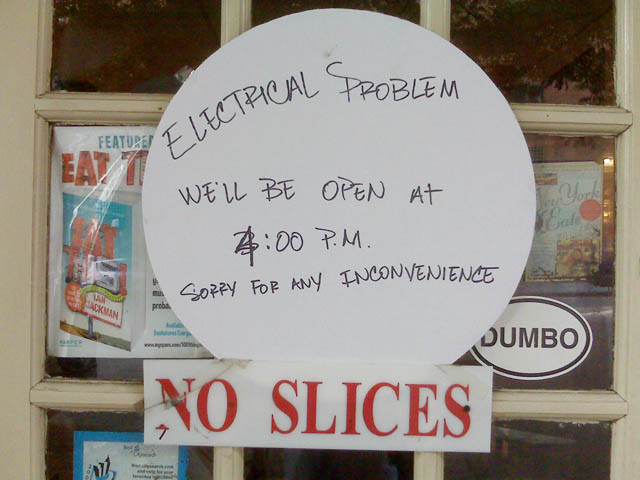 Newsday is reporting that beloved coal-oven pizza institution Grimaldi’s was shut down today by the New York State Department of Taxation and Finance. The paper's website has it that the Brooklyn restaurant was seized because of over $150,000 in tax warrants. Agency spokesman Tom Bergin told Newsday that Grimaldi's has been in a dispute with tax officials over allegedly unpaid state sales and withholding taxes for two years.

And yet... we swung by Grimaldi's just now and the pizzeria is in fact open for business and half full with customers. When asked about the Newsday story and unpaid taxes, an employee told us, "I have no idea what you're talking about." A handwritten sign on the door (above) said the business had been shut earlier because of electrical problems. Maybe they managed to scrape together the 150K?