Fifth generation fishmonger Vinny Milburn and chef Adam Geringer-Dunn have teamed up to open a fresh seafood market and restaurant on Nassau Avenue in Greenpoint. Called simply Greenpoint Fish & Lobster, the bright and casual establishment specializes in sustainably-sourced seafood, New England-inspired dishes from the kitchen, as well as some ceviches and crudos. 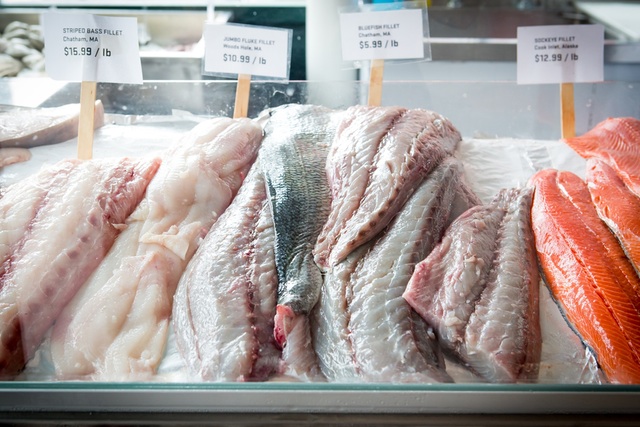 A large window facing the street lets passersby get a peek at the day's catch and its preparation; chef and co-owner Geringer-Dunn says, "We are all about transparency here. We really want our customers to know where their seafood is coming from." The tasty-looking fish is all elegantly arrayed on ice right by the front door, and the transparency theme is carried over to the high-top tables, where clusters of gilded oyster and clam shells are inset under glass. 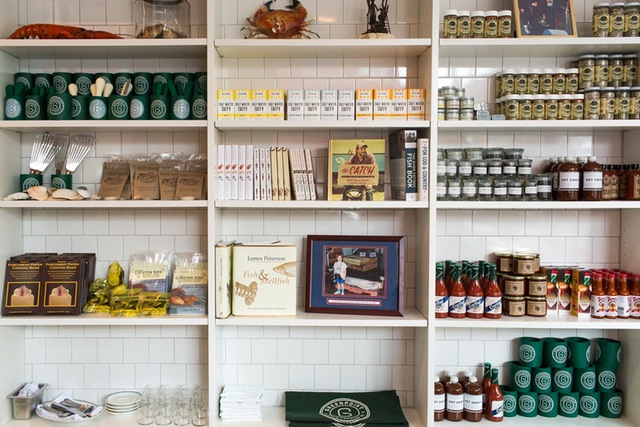 The menu will continue to evolve, but if you're ever in there when they're serving up the fried belly clams be sure to put in an order; they're downright addictive. A take-out window will serve Oslo coffee in the mornings, and a number of seafood spices, cookbooks, and condiments are on sale as well. Customers sitting down to eat will find a nice selection of regional wine (including Gotham Project draft rosé), several draft beers, Narragansett tall boys, and local favorite Zywiec. Peruse the opening menu, which features pad thai made with kelp instead of carbs, below.

#greenpoint
#new restaurant and bar radar
#seafood
#original
Do you know the scoop? Comment below or Send us a Tip