There's nothing gross about eating bugs. People all over the world eat insects, including in New York City, where you can eat grasshoppers and fried silk worm as easily as you can ride a sugar unicorn. Friday presents another opportunity to get insects out of your fears and into your stomach, with an edible insect dinner pairing lobster with larva.

The dinner serves as a fundraiser for artist Miru Kim, whose beautifully jarring series of photography projects (mild NSFW warning if nipples and a naked behind are too taboo for your workplace) depict Kim nude in unexpected environments including industrial pig farms and the bowels of New York City. Kim, who battled a lifelong fear of worms (scoleciphobia), eventually managed her larvae phobia by consuming worms and other insects, which lead her to her current project, Phobia/Phagia, which tackles the fear and misconception of consuming insects—with a dash of confrontation of the male gaze.

"In terms of the fear element, I am working with the idea of facing your own fear, whatever it may be, in a productive and creative way," Kim told us about her project. "In terms of the subject of entomophagy, it's an important field to be more normalized in the Western world, because of the environmental issues."

Industrialized farming of animal proteins like beef (the worst of the mammal offenders) require massive amounts of energy and water compared with raising animals like crickets. Insects also provide more protein and other nutrients compared to calories per weight and the bodies of insects like crickets are 80% edible, compared with 40% of a cow, according to The Food and Agriculture Organizations of the United Nations [pdf].

"About forty years ago, sushi was considered repulsive by most Americans, but now it's very popular, and considered as a luxury," Kim continues. "Right now, in the world, about 80 percent of all nations consume edible insects, but still perceived in our society as gross or uncivilized." 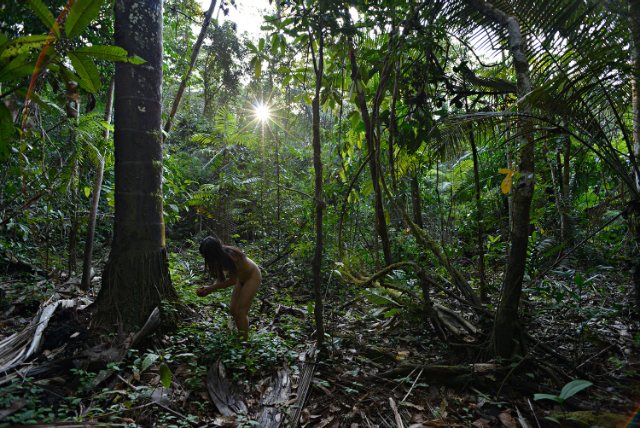 Friday's dinner, a partnership with Dinner Echo and chef Joseph Yoon, aims to present insects like grasshoppers and mealworms in an "aesthetically pleasing and delicious" way. Dishes include some "traditional" proteins like Charred Steak Tartare Crostini with spicy mealworms and Lobster Medallion with roasted wax worms, but every dish will prominently and proudly feature some kind of insect, including desserts (Cricket Cream Puffs) and cocktails (the Gangnam Hopper features cricket whiskey).

"Many of the insects are actually quite tasty. The larvae are especially nutty and rich. For example the palm weevil larvae, which I shot photos with in the Peruvian Amazon, were so fatty that you can roast them without oil and the skin gets very crispy and oily. They tasted like mild, nutty cheese with bacon notes," Kim says. "The ones with exoskeleton, like crickets and grasshoppers, are good deep fried—imagine soft shell crabs. My favorite was the dragonfly pupae I tried in Yunnan, China, they tasted like delicate seafood."

Kim hopes this meal will serve as both an insightful and delicious experience, and on a more practical level, will allow her to continue her work for Phobia/Phagia by traveling to other regions of the world that embrace entomophagy. "I'm planning to travel back to the Amazon, Mexico, Southeast Asia, and South Africa, and shoot with different kinds of live larvae when they're in season," Kim reveals. "My photography work is not a direct political comment on the food issue, but poetry has a different kind of power to change people's perception. The dinner itself will not raise enough funds for the project, but it's a beginning of a long collaborative journey."

Tickets are still available to the Dinner Party with Miru/Naked Seoul on Friday, May 5th at 7 p.m. at The Pond (253 West 28th Street, 4th floor). There are options to attend the dinner only ($100) or access to the dinner plus options to purchase Kim's prints.