GoogaMooga Organizers Explain How Things Will Be Different This Time

If critics are to be believed, last year's Great GoogaMooga food and music festival in Prospect Park was little more than a grass-covered hellscape, a foie-gras donut scented nightmare during which glassy-eyed vegetarians clutched bloated bellies and anyone not privy to the VIP Extra Mooga was forced to roam—sometimes for days—before locating even a droplet of beer lingering inside a forgotten cup.

But organizers promise the Mooga Dark Ages are over. Several changes—nay, life-altering improvements—have been implemented to ensure that all festival-goers are full, happy and drunk for the duration of their visit. Yesterday we toured the site and asked Superfly cofounder Jonathan Mayers some hard-hitting questions about what the organization is doing to ensure that Googa-goers escape with the minimum PTSD possible.

Cell Phone Reception: If you attended GoogaMooga last year, you probably did it alone, because stepping foot into the park immediately killed your phone service, taking your contact with the outside world with it.

"We have worked with the cell phone providers—Verizon has a temporary tower out here, the other carriers reconfigured their towers, so that should definitely help," Mayers said. But: “Festival goers should definitely expect cell phone coverage to be spotty," he said. "It’s just the nature of bringing all these people together in kind of a small space."

The Food Experience: Last year's Googa was plagued with excessive waits and shortages of food, not unlike the Artisanal Bread Lines seen in Soviet Russia. Several alterations have been made this year to prevent history from repeating itself.

Firstly, Mayers said, each vendor will only be offering one item, denying picky fussbudgets the opportunity to scratch their chins and wonder, for 15 minutes, whether to get the goat-braised catfish pops or the matzo kale crudite?

Secondly, there will be more vendors—85 versus last year's 75.

Thirdly, the general admission area will be much larger. VIP pass holders will be sequestered into the Boat House and one large tent, rather than an entire coveted expanse of the park—which, incidentally, was the only area with shade last year.

Mayers said these changes were the result of lots of soul-searching and learning from last year's mistakes.

"A lot of our projections were based on what we thought, and giving our best estimation and working with the restaurants," he said. "The demand was incredible, which is a good thing, but frankly we weren’t prepared for that." 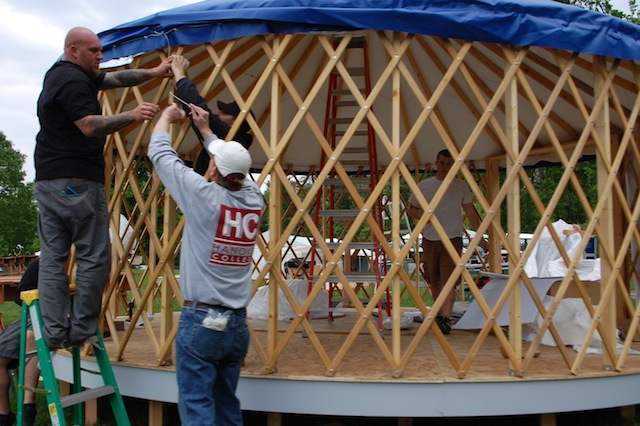 VIP Passes: In lieu offering unlimited free food and alcohol for $250, Superfly has scaled back. Gone are the days of "heaping piles" of free food (that never materialized) and unlimited artisan cocktails—or even the empty promise of those things. This year, Superfly has reduced its ambitions to a more modestly priced $79.50 VIP pass, which nets you exactly five lovingly mixed cocktails and zero free foods.

"Last year we tried to make it all inclusive—it was fairly ambitious. It was almost a festival within a festival," Mayers said. "It didn’t work. The price point was too high, especially for what we’re trying to do. We're really trying to make it much more inclusive—I’d say populist type event." Indeed, nothing says "populism" like handcrafted cocktails.

I Drank My Five Cocktails, But My Unquenchable Thirst For Fine Liquor Lingers On: Tough cookies. You must now pony up between $8 and $12 for beer or wine, but no more cocktails. You are, however, allowed to remain in the VIP area, unless you are acting unruly, in which case you will not be escorted out by a bouncer with a flaming sword, probably.

The Festival Will Last For Three Days: There is a common misconception that Friday will feature a concert only— no food. This is erroneous. Purchase of a Friday ticket ($54.50) allows access not only to performances by the Yeah Yeah Yeahs, the Flaming Lips and the Darkness, but all of the food vendors present on Saturday and Sunday. 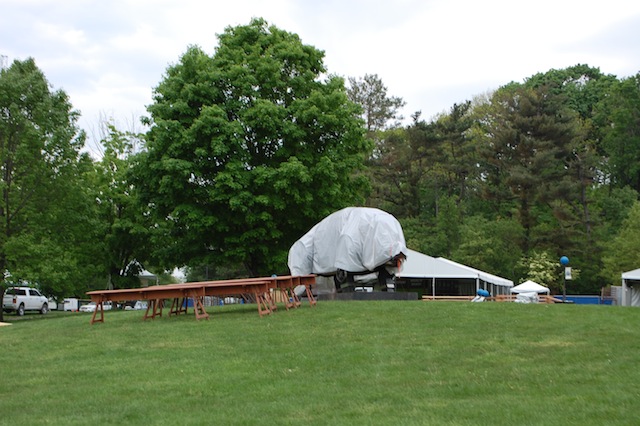 I'm A Vegetarian: "Vegetarian options were definitely underrepresented last year—we stepped that up," Mayers said. (There will be 12 vegetarian booths this year, versus 48 meat offerings.) "We’ll see if that’s enough this year. If not, I could see us adding more next year." Conveniently, the vegetarian booths will be demarcated with green signs.

The Labyrinthine Beer Line: Another department in which GoogaMooga's ambition outpaced reality was with a "swipe system," which, though we don't explicitly remember that, sounds about as ill-conceived as automated toilets (they flush out of nowhere and it is terrifying.)

In any case, that's over now: This year, the perplexing swipe system will be replaced by the ostensibly simpler ticketing system. "Last year, we tried to be too innovative with doing this swipe card system," Mayers said. "[Ticketing] is simple, it's straightforward. That’s what were going to do this year. We’re simplifying the process." Maybe by next year we can just skip the tickets and pay cash, hmm?