Girls Just Wanna Have Fun: Lena Dunham Tells Us Where She And Her Girls Hang 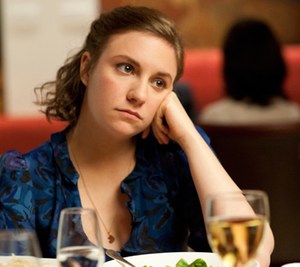 The Lena Dunham-created, Judd Apatow-produced, highly anticipated HBO show Girls will premiere this coming Sunday, April 15th. We've seen the first three episodes, and can tell you it lives up to the intense amount of hype it's already been getting for months.

In the show, Dunham's character Hannah refers to certain parts of Brooklyn as "Grown-Up Brooklyn," but told us last week, "I'm a grown-up Brooklyn resident, I made fun of it but I like it." (Dunham and co-star Jemima Kirke both attended St. Ann's school in Brooklyn Heights.) She also offered up some of her favorite places to grab a grown-up drink, inside and outside of the borough, and we've coupled her suggestions with some of the spots the characters go to on the show, creating you a GIRLS Guide to NYC.

Of course, in the spirit of individuality, you could, and should, always make your own decisions, girl. But who can pass up a turkey leg dipped in milk?

#bars
#girls
#guide
#HBO
#hbo girls
#Lena Dunham
#map
Do you know the scoop? Comment below or Send us a Tip