One of the things I know about Glaser's Bake Shop is that they never, ever had pink bakery boxes.

Back in 2015, when I was recapping Mad Men, I tried to determine the origins of a pink bakery box Don Draper had been carrying; the thing is, pink bakery boxes were a west coast thing, so this didn't seem historically accurate. "Prop Master Ellen Freund chose Glaser's Bake Shop as the place the pink box was from," I was told.

But when I called Glaser's to find out if they ever had pink boxes, the woman on the line told me, quite defiantly and in a perfectly aged New York City voice, "No!" They only ever had white boxes, and the only time these boxes were even slightly changed was when they briefly added green writing, she added. Glaser's has always been a white box bakery, and would be until the end... which is just about here.

Those classic white boxes, the black & white cookies that would line them, the original white tile floors, that old sign out front, the mint blue storefront, the 116-years of standing strong amidst an ever-changing city, will all vanish after July 1st, its final day of operation.

Still run by the Glaser family (now three generations from the original owners, German immigrants John and Justine Glaser), the Yorkville bakery announced in March that they would be closing, and have since seen lines out the door. In the announcement, Herb Glaser wrote:

After many years of daunting hours and hard work, the third generation of bakers have come to the difficult decision to hang up their bakers hat and move towards retirement. This decision is not an easy one and has been made after long thought and careful consideration.

As a part of the family of the fourth generation of bakers at Glaser's Bake Shop, although we will always have a special place in our hearts for the continuation of this bakery, we look forward to many new things to come and the hope that retirement brings them rest and relaxation.

We would like to thank our loyal customers for their patronage and of course thank you for having us as a part of your celebrations since 1902. We wish everyone lots of love, and happiness in the future to come. Thank you for making our family business possible for all these years.

With love always, The Glasers 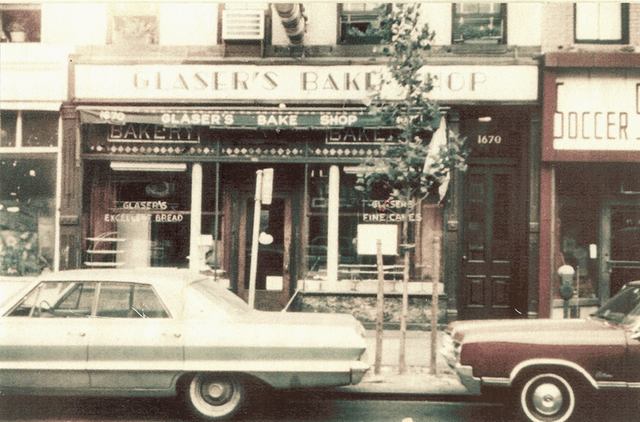 Back in the day. (Courtesy of Glaser's)

Herb has been running things with his brother John, and his brother's children, with nearly round the clock shifts and a small staff; John starting at 1 a.m., Herb starting at 8 a.m., and so on. Earlier this year Herb told Forbes he'd been approached by others who want run a bakery out the space, "But he and his brother decided they simply weren't interested in becoming landlords. They'd rather close, and sell the building, where 'John Glaser Inc.' is inlaid in blue and white tile in the bakery floor."

Glaser's has stayed open this long for a few reasons. Aside from their dedication, inexpensive products, and loyal clientele, they're also nostalgia merchants: "As we get older, we appreciate nostalgia,” Herb has said, and the shop hasn't changed in appearance in the 116 years since it opened. Of course, it helps that they own the building, which Herb and his brother John's grandfather purchased shortly after opening in 1902. "We don’t have to deal with a landlord,” he told the NY Business Journal a few years ago. 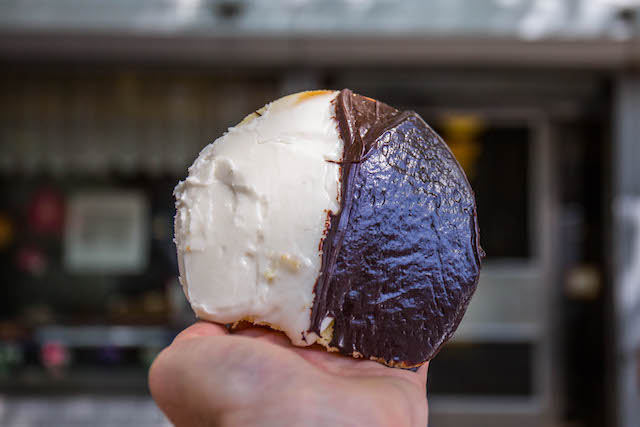 And their pastries aren't just reasonably priced, they're also delicious. They're known for their black & white cookies, so if you plan to get there before closing, go early and try to grab one (really, they're one of the best in town). However, don't expect fondant... they're frosted. This is the traditional way to top a black & white, as Glaser's (allegedly) invented the damn thing. The cookie was one of their original recipes upon opening in 1902; Herb Glaser told the NY Times in the 1990s, that "as far as he knew, Glaser's has been making them ever since it opened 96 years ago. 'When I was growing up, I'd have two of them for dessert every day.'"

The Glasers say they are "cherishing every moment this last week," and note they will be open until 7 p.m. this week, and on the final day (Sunday July 1st) they will be open until 3 p.m. (unless they sell out early). They are not taking orders, and you likely won't get anyone on the phone—you gotta show up, wait on line, and see what's available when you get to the front.

And now a small moment of Zen: to meet demands (customers have been lining up out the door!), the bakers have been busy. Here's what 1,650 black & whites cookies looks like: