A brand new bar menu has launched at Tribeca's Racines NY aimed at giving your stomach some padding while you're tossing back glasses of wine. There are smaller bites like Chicken Liver Pate ($10), Avocado Toast ($10) and Pigs' Feet Croquettes with sauce gribiche ($8), but the crowning jewel of Executive Chef Frederic Duca's new offerings is the burger ($24). Instead of beef, Duca grills a lamb shoulder, then slowly cooks it in spiced olive oil, and finishes it off with chicken stock and lamb jus. The burger's served with harissa and preserved lemon. 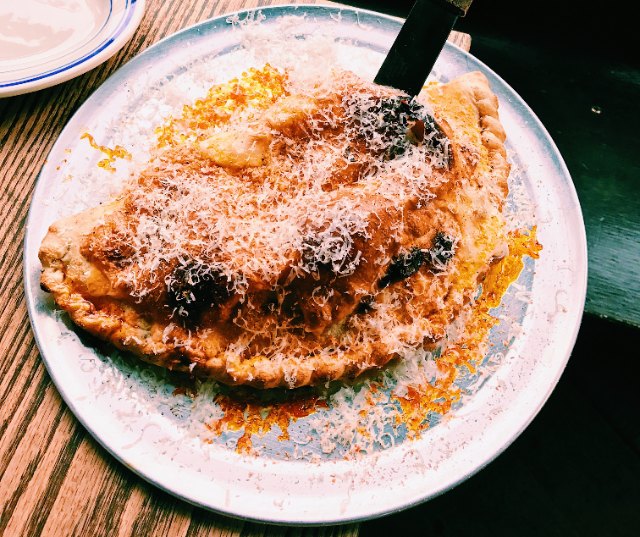 Beginning Tuesday (2/21) and running through March 7th, Speedy Romeo's original Classon Avenue location welcomes chef Patrick Miller of Rucola to serve a special calzone for lunch, brunch or dinner. The Sloppy Giuseppe ($20) is stuffed with a wood-grilled pork bolognese and a creamy bechamel sauce, then it's baked in the open and topped with Provel cheese, the waxy cheese blend that's popular in St. Louis. Finishing touches of chili oil, grated Pecorino Romano cheese and grated nutmeg complete the dish.

On Wednesday, the Upper East Side outpost of Duke's begins a new monthly tap takeover program that takes full advantage of the restaurant's self-pour taps. For the inaugural run they're welcoming Blue Point Brewing Company, who'll be offering seven of their brews, including small batch beers like the Prop Stopper - Seaweed IPA and Beam Plum Gose. Attendees get a flight of five brews for $20, followed by $5 drafts until 10 p.m. Email social@brandedrestaurants.com to RSVP. 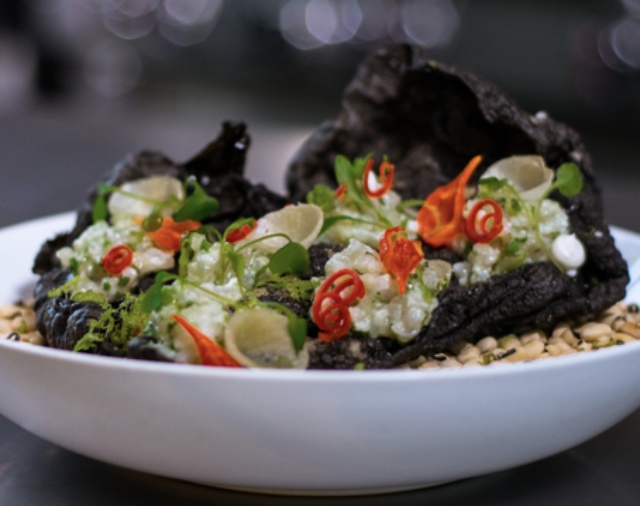 The cuisine of Brazil will be in the spotlight during a series of pop-up dinners running Thursday, Friday and Saturday of this week, hosted by Foodworks. The Selvagem pop-up ("savage" in Portuguese) will highlight the cooking of Sherry Cardoso (formerly of Per Se and Brookly Fare, among others), who grew up in Belo Horizonte, Brazil, in collaboration with Chef Jacob Rosette, mostly recently of Dinner Lab. The 7-course tasting menu ($85) includes dishes like beef tongue with smoked trout roe and tapioca, black sea bass with vatapa sauce and puffed scales, and sous vide chicken with sausage, collard greens and black eyed peas.