This weekend, Smorgasburg officially lands in Queens, with a new Saturday food market operating out of an indoor-outdoor space in Long Island City. Amidst the shiny high rise buildings, a group of Queens-based food vendors will dish out smoked meats, Asian-inspired cupcakes and even a very special Filipino delicacy in a squat brick building and adjoining triangular plot of land weekly from 11 a.m. to 6 p.m. Last night, we got a sneak peek at some of the new offerings; here are a few things to look out for Saturday and beyond. 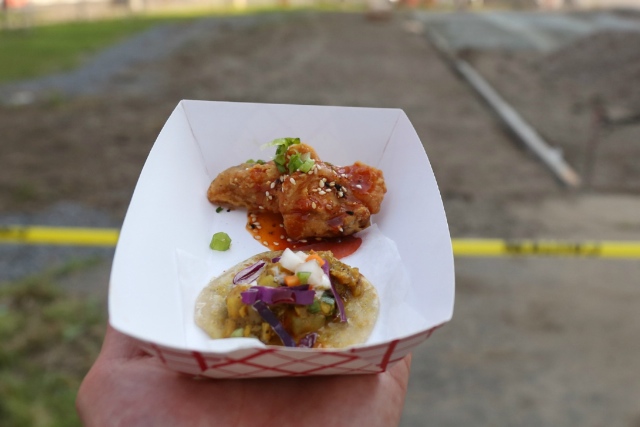 Photographer Scott Lynch and I both loved the offerings from Roosevelt Ave. Fare, run by two chefs originally form Queens. The borough's wealth of cultures is on display in their dishes, which included a taco made from Indian roti bread and two different flavors of Korean fried chicken. The latter come as perfectly fried chicken wings, doused in either a sweet and spicy sauce or another packed with heady garlic flavor. 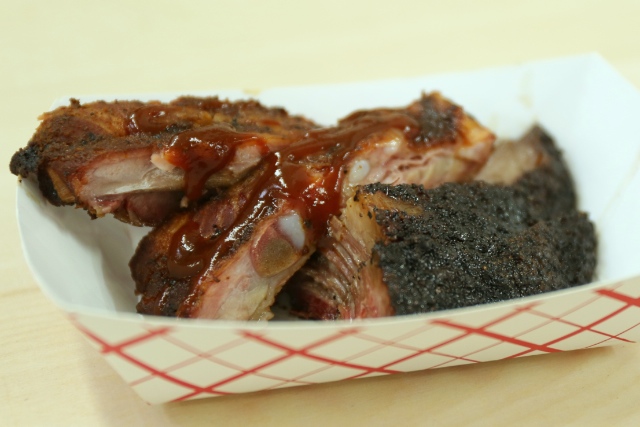 Astoria-based Grandpa Val's BBQ's brisket game was on point, with succulent, fatty beef served with a side of cooling, crunchy slaw for contrast. We liked the super peppery crust on the meat, though some pieces were on the salty side—not that that's always a bad thing! You can get a squirt of BBQ sauce if you want, but make sure no Texans are watching. 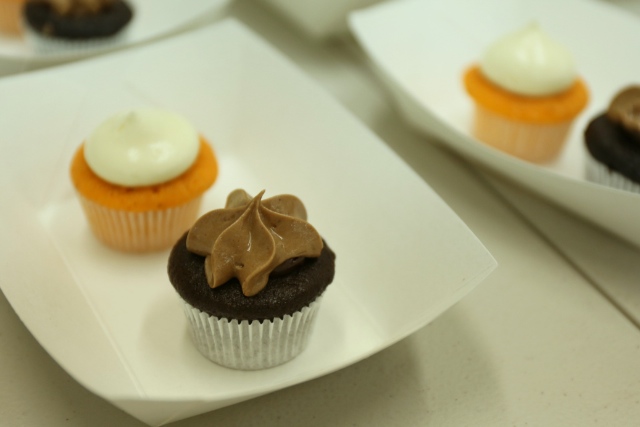 The ethereal cupcakes from Silk Cakes were originally created to give potential wedding customers an idea of what to expect inside the cakes on their big day, according to founder Judy Lai. But that's to our benefit at their stand here, where one can snack on bite-sized mini cupcakes or standard-sized cupcakes in Asian-inspired flavors like Sriracha Chocolate Cake (watch out for the tongue burn...it builds slowly) and our favorite, Thai Tea Cake with Condensed Milk Buttercream. 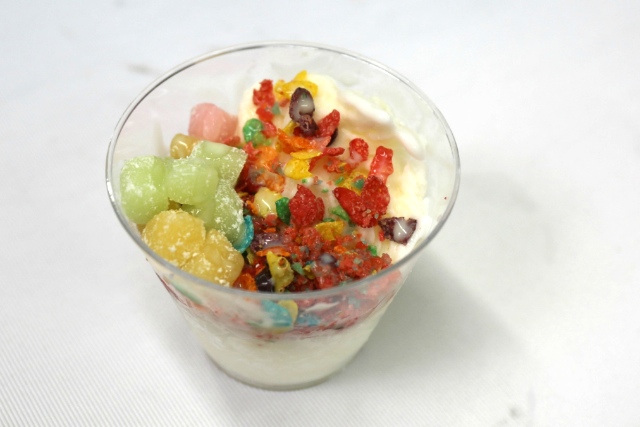 The Taiwanese shaved snow at Wooly's will draw people over from the sight of their cow-inspired machine alone. Beyond their fun bovine motif, the team is doing some pretty wild things with their snow, including topping it with mochi, Fruity Pebbles cereal and...Pop Rocks. The "Party Rocks" flavor is exclusive to Smorgasburg Queens and completely ridiculous—in the best way possible. 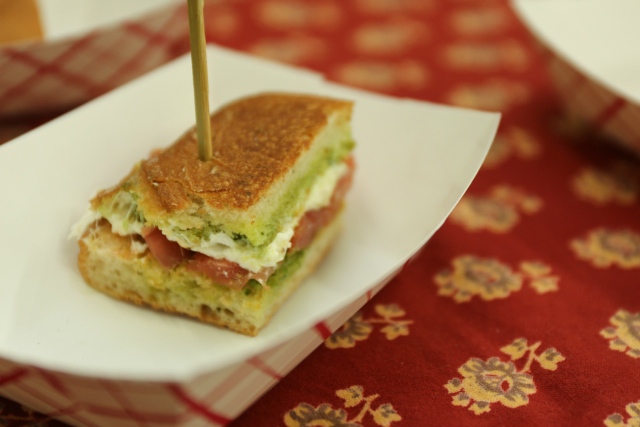 Queens Kickshaw is well-established by now for their addictive grilled cheese sandwiches and they'll be doing some special Smorg-only versions come Saturday. Last night we tried a simple but explosively flavorful version made with burrata, tomato and an herb sauce served on crunchy ciabatta. The simplicity of the sandwich meant each of the flavors found harmony without overshadowing one another. Look out for chilled soups and ice cream sandwiches in the pipeline as well. 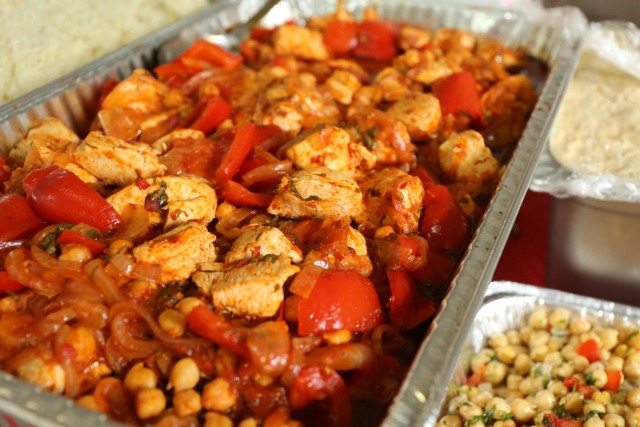 If nothing can sate the feverish hunger that lives inside, head to Marani Georgian Restaurant, a Rego Park-based restaurant whose gut busting comfort food could satisfy a team of NFL players with one plate of dumplings. Of those dumplings, look out for the pelmeni dumplings stuffed with meat and the potato versions topped with caramelized onions. Also not to be missed: their excellent hummus, a wonderfully creamy version with tons of tahini and a nice salty, nutty flavor.

Also look out for...