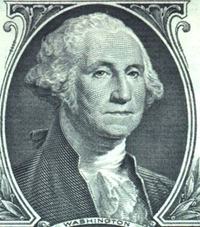 There's only one thing left to do after leading the American victory over Britain in the Revolutionary War... pour yourself a glass of beer. President Obama wasn't the first one to crack open a cold one while in office—the New York Public Library just sent us George Washington's handwritten beer recipe! (The guy really loved his beer.) They tell us that Coney Island Brewing Company has partnered up with them to recreate the concoction, which they hold the handwritten recipe to. They're calling it: Fortitude’s Founding Father Brew (try saying that three times fast after a few), and you can get the full recipe as Washington intended it below (the 2011 version will be slightly modified).

The beer is not being sold commercially, but it will be served to guests at the Library’s Centennial gala on May 23rd. The general public will have a chance to taste it as well: we're told Shmaltz Brewing Company will host a tasting at Rattle N Hum (located at 14 East 33rd Street) at 7 p.m. on May 18th.

The NYPL's Ann Thornton says, "This partnership is a fun and unique way to bring our awe-inspiring collections to life. Not only will it give people a rare opportunity to experience history first-hand, but it will shine a spotlight on the incredible depth and breadth of our collections. We have a treasure trove of materials that can be accessed by the public and used to advance the worlds of scholarship, literature, invention, creation... or even beer-making."

Which makes us wonder... what else can potentially get us drunk in the library? How about something with an old book smell top note?

Take a large Siffer [Sifter] full of Bran Hops to your Taste. Boil these 3 hours then strain out 30 Gall[ons] into a cooler put in 3 Gall[ons] Molasses while the Beer is Scalding hot or rather draw the Melasses (sic) into the cooler & St[r]ain the Beer on it while boiling Hot. let this stand till it is little more than Blood warm then put in a quart of Yea[s]t if the Weather is very Cold cover it over with a Blank[et] & let it Work in the Cooler 24 hours then put it into the Cask—leave the bung open till it is almost don[e] Working—Bottle it that day Week it was Brewed."

#beer
#coney island brewing company
#george washington
#nypl
#recipe
Do you know the scoop? Comment below or Send us a Tip