Many have tried to replicate the success of Pommes Frites, opening up french fry-centric shops or even entire concepts centered around the potato. The latest, FryGuys, opens Tuesday in the whiskey-soaked area of East 2nd at Avenue A. Fittingly, there's a creation called "Drunk Guys" on the menu, an allusion to the populace likely to frequent the eclectic potato spot after dark.

Co-owners Marco Lanuto and McKenzie Foster aren't just sticking to the french fry model, though the majority of the opening menu includes riffs on the genre from classic to waffle to sweet potato, with the more rare cottage stuck in for good measure. Latkes, a seasonal specialty, will also be available for the opening, and next summer they'll serve "Marco’s mother's 'like no other in the world' potato salad." 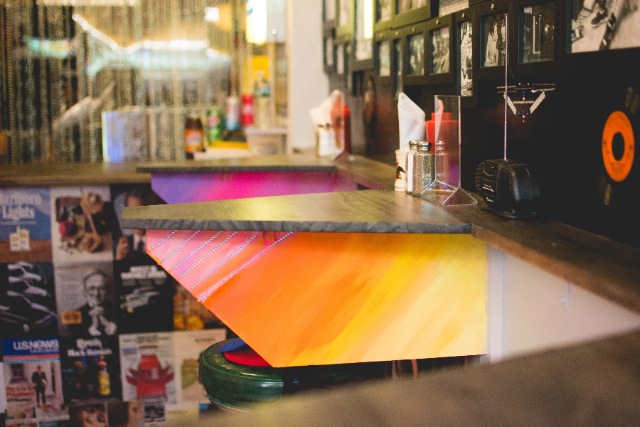 Though a base of any of the aforementioned fried potato riffs (all $6) can be supplemented with a dipping sauce—sriracha ketchup, chipotle mayo and a 3-cheese fondue, for example—the big ticket items are the shop's "Remixes," boats of taters weighing in at 1.5 pounds of pure hedonistic gluttony.

The aforementioned "Drunk Guys" tops fistfulls of classic cut fries with cheddar, bacon bits and guacamole, while the "Southern Guy" and "City Guy" try to play with stereotypes, with the prior a waffle fries/fried chicken/maple gravy combo and the latter a sweet potato fries/pulled pork/coleslaw number. 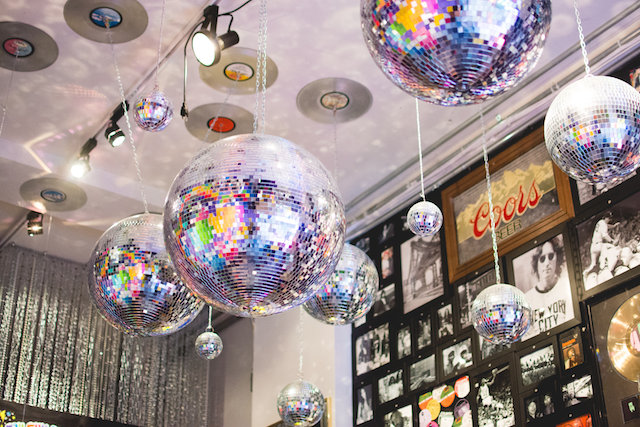 While the food skews soporific, the interior design screams acid trip. Disco balls, photos of '70s rock idols, and a floor constructed using old vinyl make up some of the more retro elements. "[A] colorfully whimsical mural by a local street artist that channels Peter Max through the lens of Lisa Frank" adorns another wall, so we're told.