Chef Tony Conte, who runs Inferno Pizzeria Napoletana in Maryland, collaborates with our own Chef Justin Bazdarich of Speedy Romeo on Tuesday on some special pies and dishes for the evening. The duo will be cooking up new variations of wood-fired pizzas, one of which will remain on the menu at the LES Speedy Romeo for the next two weeks. The full menu hasn't been revealed just yet, but there's an Italian chicken cacciatore that's being promised. Make reservations here.

Chef George Mendes's Lupulo has launched breakfast, which includes both takeaway and dine-in options at the Chelsea restaurant. Stop by the takeout window for a proprietary coffee blend and a Pasteis de Nata, a traditional Portuguese custard tart. Or sit down for dishes including a Homemade Linguiça Sausage Sandwich ($7) with a fried egg and St. Jorge cheese on a Portuguese roll and Avocado Toast, Fried Egg, Wood-Charred Bread ($9) with black-eyed peas and cherry tomatoes dressed with olive oil and coriander.

If you're in the Williamsburg area on Wednesday, stop by OddFellows Ice Cream Co. for a free VDKA 6100, vodka-flavored ice pops. The pops use gluten-free, sugar-free, lactose-free, free from chemical additives vodka and the water used to make it is sourced from New Zealand. Flavors will include Spicy Greyhound (based off the grapefruit cocktail) and a White Russian. The pops are free but any donations made will be donated to the Central Park Conservancy. 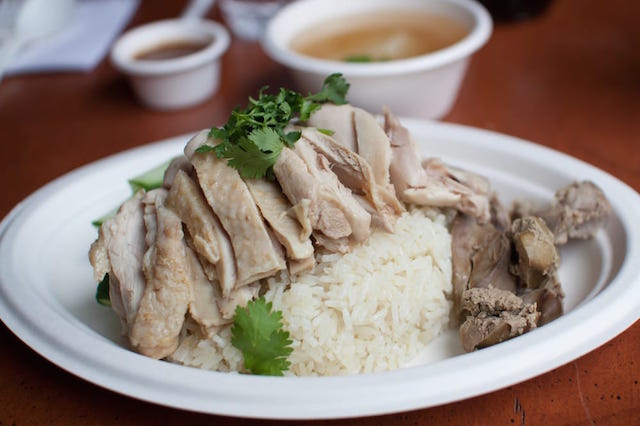 Grab a Big Taste of Little Bangkok on Thursday at the event of the same name being produced by the Queens Dinner Club. The Club will be bringing four Elmhurst, Queens restaurants under the roof of the Kaufman Astoria Studios, where attendees can sample the restaurants's Thai cuisine all in one place. On the menu: tom yam and moo ping from Dek Sen; tom yum haeng and Thai-style fish salad from Pata Paplean; Hainanese chicken and rice from Eim Khao Mun Kai; and, finally, congee with pork meatballs, mango sticky rice and "Monkey" roti with bananas from Sugar Club. Tickets $40.