Free Bloody Marys & Other Ways To Eat Right This Weekend

Cool kid beer bar Jimmy's No. 43 hosts their fifth annual Battle of the Belgians, a friendly competition to determine the best of the Belgian brews on hand. There'll be about 20 of them to sample on Saturday, mostly American but with a few international and even home brews on the docket as well. To help offset the effects of these heady brews, Jimmy's will also be serving up a whole roasted hog, bacon and vegetarian dishes to eat alongside. Tickets for the event run $55 and include tastings of all the beers and food from 1 p.m. to 4 p.m.

Foodies can sample some tasty eats from 2014 at Thrillist's Fest of the Best, a walk-around tasting event taking place at Williamsburg's Villain on Saturday. From 1 p.m. to 4 p.m., nosh on Shetland Island Salmon Crudo from Crave Fishbar; Next Day Fried Chicken with habanero honey from Seoul Chicken; and Seared Octopus with fennel and citrus from The Monarch Room and offerings from other restaurants as well. In between, sip Grey Goose cocktails and Saranac beers, perfect fuel for the on-site Instagram photo booth. 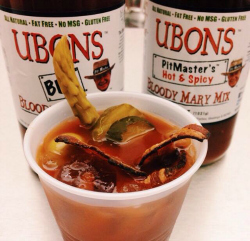 Didn't get a chance to try Phumplings the first time around? You'll have another chance this Sunday at Bushwick's SHWICK Market of Makers. The dumpling crew joins other artisanal food, drink and product makers 11 a.m. to 7 p.m.; also on the roster, Bruce Cost Ginger Ale, Jin's Jams and Jellies, teas from King Kava and nut butters from Pierre's Spicy. The market itself is open both Saturday and Sunday, with some vendors only operating on one or the other.