The most viral pastry of our time is teaming up with Shake Shack to create what will no doubt be the most insane foodiot line since the Ramen Burger! Shake Shack HQ has just announced that for one day only (September 17th), the wildly popular fast food joint will be selling a "Cronut Hole Concrete" made with the leftover centers of Chef Dominique Ansel's famous pastry. How many days and nights will YOU camp out in Madison Square Park to obtain of these precious treats?

Before your eyes roll completely out of your head (oh, too late?), it's worth noting that this concoction is being sold for charity, to benefit the NYPD. Which perhaps explains why Hipster Cop has been working tirelessly to protect Cronut fanatics from SoHo derelicts. Proceeds from the Concrete will also benefit the Madison Square Park Conservancy, where the flagship Shake Shack still stands. 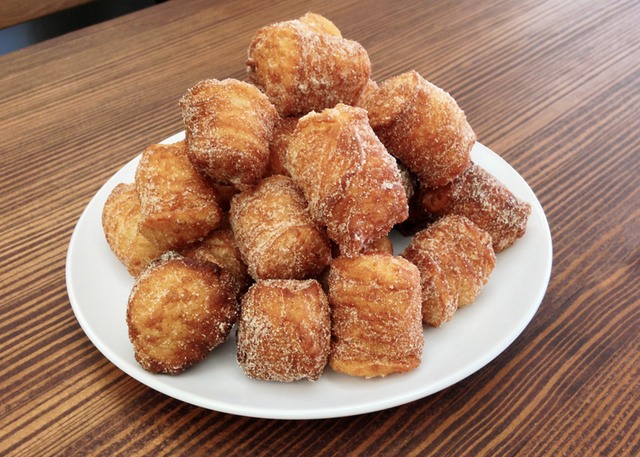 The concretes will cost $4.50 each and will be limited to two (2) per customer/scalper. The money will go to the New York City Patrolmen’s Benevolent Association (PBA) Widows and Children’s Fund, which provides aid and assistance to the families of NYPD officers who have lost their lives in the line of duty, as well as the Madison Square Park Conservancy.

Please be advised that only 1,000 Cronut Hole Concretes will be served, starting at 10 a.m. on September 17th. Chef Ansel himself will be on hand from 4-5 p.m. "to greet fans" and help serve concretes, though we find it hard to believe there will be any concretes left by then.

And all of this raises a very important question: What happens to the coveted Cronut holes when they're NOT being re-purposed for charity? Is this why Cronut fanatics are digging through the trash outside Ansel's bakery?

#cronut
#cronuts
#foodiots
#shake shack
#original
Do you know the scoop? Comment below or Send us a Tip