It took us weeks of knocking on car windows of high school students asking them to tell us where they buy it painstaking research, but we have finally obtained a Bud Light Lime-A-Rita. We've since spent two lazy afternoons under its spell, and have a few tips for those souls who thirst for the world's most "perfect" synthetic malt beverage approximation of a beer haphazardly shoved into a margarita.

WAFT, Don't Sniff The Lime-A-Rita: As soon as you crack the can the Lime-A-Rita's pungent aroma escapes the opening like a limey serial killer waving a sugary shiv through the bars of a busted corrections bus window. Your nostrils will want to drink deep but WAFT, for god's sake. It's powerful strong—if you open one up in church, people will be able to smell it.

Bringing your nostrils in close contact with the bouquet has been known to precipitate fantastical, insane visions of parties where people say, "Pass the Lime-A-Rita," and "Man, I want more of that Lime-A-Rita." As our fearless publisher said upon tasting it, "You know how in prison they make bruno? I bet this is how their lemonade tastes."

Finish The Can With A Friend (Who May Not Be Your Friend For Much Longer): All of the Lime-A-Rita's active ingredients (diet polonium, sea scroll extract, Hi-C Ecto-Cooler) swim to the bottom to avoid the break in the airlock at the top of the can. This makes the last 1/5 of the can the sugariest, and most deliciulous. John Del Signore put it best when he said, "[Incoherent mumbling followed by violent shudder.]"

Have Fun With It! Those mysterious chemicals that scientists and med students will speak of in hushed voices in Space Med Schools of the future aren't just for smellin' and sweetin'. They're supposed to make you smile, too! SO SMILE YOU'RE ATTRACTIVE AND FUN-LOVING.

Do Not Add Hennessey:It might SOUND like a good idea to add warm, expensive cognac to a $3 can of booze, but that's just the Lime-A-Rita talking. 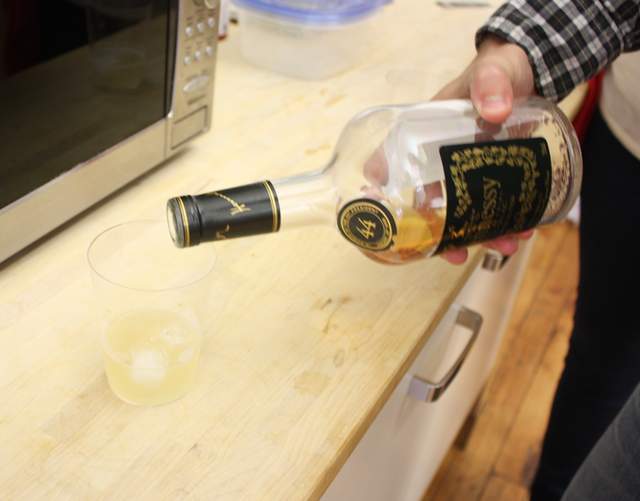 #beergaritas
#bud light lime
#lime-a-rita
#sugar
#why god
#original
Do you know the scoop? Comment below or Send us a Tip