Four Places To Get Your Crawfish Fix In NYC

Crawfish, crayfish, crawdads, mudbugs, baby lobsters...whatever you call them—regionally or made up in your head—the adorable crustaceans taste absolutely wonderful when boiled with sausages, corn and a bucket full of seasoning salt until they're bright red. In places like Louisiana, crawfish boils are a daily event when the little dudes are in season; in NYC, we have to take them when we can get them, which usually means heading to a local spot that's doing a one-off special. To that end, here are four places to consume the clawed beasties—don't forget to suck the head!

THE REDHEAD This Sunday, East Village charmer The Redhead concludes three weekends of mudbug madness as part of their Eighth Annual Crawfish Boil. Starting at noon and running 'til the final tail has been consumed, the restaurant is offering two pounds of crawfish plus trimmings like Andouille sausage, corn, potatoes and artichokes for $35. They also have Abita on tap for the fully immersive Louisiana experience.

NARCISSA John Fraser's knockout eatery in the Standard East Village is getting its claws out for Memorial Day weekend, offering three days of crawfish boils from the 23rd to the 25th. From noon until 8 p.m. they're offering feasts for $25 per person that include a Louisiana Crawfish Pot along with sides of corn, grilled Andouille sausage, and a slice of pecan pie to finish it off. To sweeten that pot, sit at the restaurant's picnic-style tables in their lovely South Garden Terrace. 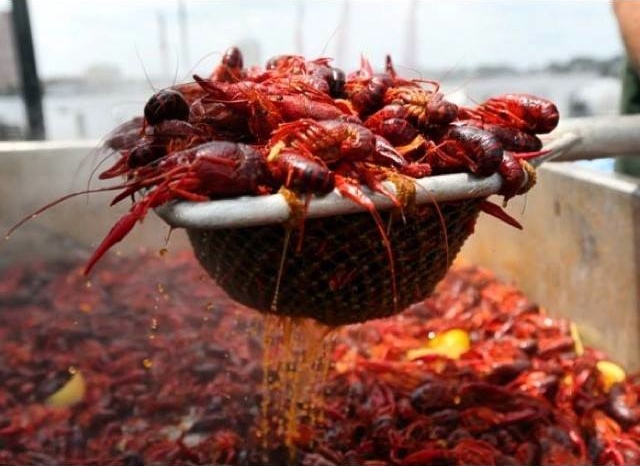 SYCAMORE For the past four years, this Ditmas Park flower shop-bar hybrid has done a big ass crawfish boil that's "extremely popular and sells out every year" according to the staff. This year, they're rocking it out on Sunday, May 31st in their Flatbush Food Court, which hosts a variety of food pop-ups during the warmer seasons. Tickets haven't gone on sale yet, but keep an eye on Twitter for more details about the event.

NOLAFUNK CRAWFISH & MUSIC FESTIVAL To truly appreciate the beauty of the crawfish, one must be surrounded by music, as nothing goes hand-in-hand better than some funky New Orleans tunes when you're going to down on tiny crustaceans. The 2nd annual festival takes over Governor’s Club on Governors Island June 20th, promising 5,000 pounds of crawfish to feed hungry music lovers. $55 buys you general admission to the fest—which includes performances by the James Brown Dance Party among other performers—plus two pounds of craw daddies, potatoes and corn.