The more than 60 former workers at the raw vegan restaurant Pure Food and Wine and its sister mail-order snacks operation One Lucky Duck spent the summer working to restart the business under new, worker-centered ownership. They have now closed the book on that dream, according to a union organizer.

"I think everyone has finally gone their separate ways," former Pure Food and Wine bartender Daniel Schubmehl said in an email.

The campaign began back in the first week of July after workers say owner Sarma Melngailis failed to pay them for as long as two weeks, then disappeared, forcing the restaurant to shut down as deliveries dried up and jilted creditors and merchants came knocking. Schubmehl said that landlord Naomi Blumenthal was not interested in a proposal by the former workers and investors to reopen a similar business under new ownership, and all those who lost their jobs are too busy to keep the effort going.

"I know I'm playing catch-up on my bills and working a lot," he said. "Sadly I think Pure ran its course."

Management at Blumenthal's Inn at Irving Place, in the same building as the former restaurant, did not immediately respond to a voicemail.

A lawsuit by 60 former workers demanding back wages is ongoing. In a letter to a federal judge on the case dated September 25th, the workers' lawyer Benjamin Dictor wrote that everyone involved had been "unable to locate the defendant." In a separate lawsuit, investor Asparagus Trading Corporation won the ability to open up Melngailis's books in her absence, so Dictor demanded the company preserve those records as evidence for the workers. The Brooklyn District Attorney's Office is also investigating the wage theft claims (One Lucky Duck did its production in Brooklyn). 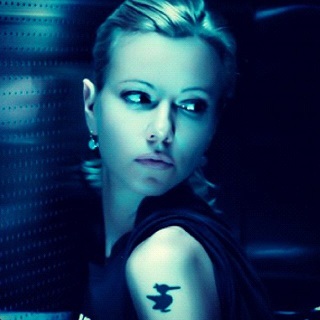 Melngailis's phone is now disconnected, and she has not responded to periodic comment requests through Facebook, Twitter, and email, but at least one person has heard from her: her father John Melngailis.

The elder Melngailis hails from Latvia, lives in the Washington, DC area, and is a trained physicist. Reached by phone, he said he had "not spoken to her for months," but that they "exchanged a few emails" since July. He declined to disclose the contents of those emails, and said he had not been following the fallout from Sarma's disappearance. He said he does not know where she is, and that he has not read about her legal trouble

"You know more than I do. I don't read anything because I don't want to be upset," he said. "Knowing her, I know she must be miserable and fighting like mad to do whatever she has to."

He explained that his daughter motivated him to take off from his job as an electrical engineering professor a year and a half ago and focus on making and selling Latvian rye bread. The demise of Pure Food and Wine, a similarly idealistic enterprise, is tragic for everyone involved, he said.

"She loved her employees they loved her back and it's sad that it fell apart," he said. "I wish them well." He urged Gothamist to cover his bread company instead of his daughter's problems, saying, "What is there to write about?"

Sarma Melngailis's brother Noah runs a One Lucky Duck spinoff restaurant in San Antonio, Texas. He was quicker to end the conversation when asked about his missing sister, saying, "I can't discuss that," then hanging up.

Sarma has vanished before. The restaurant shuttered back in January after workers walked out, saying they had not been paid, some for as long as a month. She reopened months later, telling a bartender she had $1 million in new investments, and hiring a general manager to rehabilitate the finances. Writing in blog posts in March to explain her absence and seek new investors, she said, "the restaurant, and I are hanging from a cliff" and ascribed the collapse as the result of "a really truly awful 2014 on a personal level."

In the posts, she pledged to "make it up to" angry employees and [take] care of" them "as long as I'm here and alive." She said she dreamed of one day transferring ownership over to the employees, retaining only creative control, but that her task at that moment was "to steer the Titanic away from the iceberg."

"My biggest fear in life is letting people down. Always has been," she wrote. "And in some insane way, I managed to create a situation where I did just that on a massive scale."