"First They Came For The Cigarettes": Soda Ban Rhetoric Gets Hysterical

The Board of Health held a high-profile public hearing yesterday on Mayor Bloomberg's proposal to ban sugared drinks over 16 ounces from most city eating establishments. The afternoon hearing was preceded by a press conference where public health experts and city officials championed the so-called "soda ban" by busting out the scary statistics. "The epidemic of obesity kills by our best estimates some 5,800 New Yorkers per year," health commissioner Dr. Thomas Farley told reporters. "If a virus were killing 5,800 New Yorkers this year, we would be clamoring for a strong government action to stop it."

The hearing itself was held in front of eight out of eleven Board of Health members, including Farley, and drew a robust mix of righteous supporters and enraged opponents. Public officials were invited to speak first, and Queens City Council Member Dan Halloran got things rolling by announcing that he was "ashamed to be here" discussing a big soda ban, and described the Board of Health panel as a "kangaroo court." "When they came for the cigarettes, I didn't say anything, because I didn't smoke," the council member said, invoking the famous Martin Niemöller-penned poem about the rise of Nazism. "When they came for the M.S.G., I didn't say anything because I don't eat it very often." And when they came for the hyperbolic politicians, everyone breathed a sigh of fucking relief.

Brooklyn Borough President Marty Markowitz argued that the government's attention would be better focused on things like proper health education and subsidized exercise programs, claiming that carbohydrates and other foods were more of a health issue than sugared drinks. "I'm not overweight because of Big Gulp sodas," Markowitz quipped. "I'm overweight because I eat too much pasta, pastrami sandwiches, pizza, bagels and cream cheese and lox, red velvet cake and cheesecake." And City Council Member Robert Jackson, whose district encompasses a number of lower-income neighborhoods in northern Manhattan, said his constituents were furious and worried small businesses would suffer from a ban on big drinks. "I spoke with one woman…I won't put what she said here, but basically what she said was, 'Mayor Bloomberg can go where the sun doesn't shine," Jackson said.

Representatives from groups like the National Restaurant Association, the American Beverage Association, the National Association of Theatre Owners and the International Brotherhood of Teamsters filed in one by one to blast the ban, warning that cutting down on drink sizes would slash jobs and destroy small businesses while still being ineffective at fighting obesity. "This is distracting us from real issues," said Vanessa Lockel of the NYC Beverage Association, noting that Big Beverage was already trying to combat obesity by adding clear calorie labels to soda containers and removing full-calorie soft drinks from city schools. 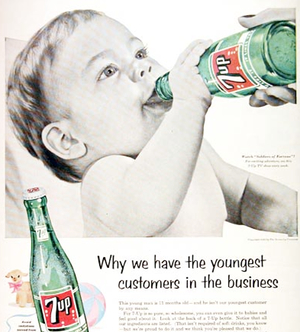 But while opponents cited the economy and freedom, public health experts and community leaders stepped up to commend Bloomberg's proposal, reminding the Board of Health that obesity, sugar consumption and diabetes are serious problems both on a national and local level—and that while ridding New York restaurants of giant sodas would by no means solve the crisis, it would at least be a step in the right direction. "These beverages are the single greatest source of added sugar in the American diet," Kelly Brownell, the director of the Rudd Center for Food Policy and Obesity at Yale University, said. "They're completely empty calories." Laurie Tansman, a nutritionist at Mount Sinai Medical Center, brought in a collection of fruits she purchased for less than the cost of a giant soda, noting that consumers could save money by making better food choices (Councilman Jackson managed to snag one of the fruits after giving his testimony).

And David Jones, President of the Community Society of New York, pointed out that lower-income communities in particular were falling victim to Big Beverage's devastating consumer drive. "This is a direct attack on New York's black and brown communities, and New York's poor communities, and it particularly rips through our adolescents, who are already facing discrimination, poverty, lack of education, and now we have an obesity rate that is staggering," Jones said. "[The beverage industry] has not admitted that the real factor here is economics. If you can sell liquids that have no nutritional value, that is just sugar water, and particularly if you can target it towards adolescents who haven't really matured to understand the long-term impact, this is like sound money. It's not quite as good as selling drugs, but it's close."

The Board of Health will hold two more public hearings this summer before coming to a final vote on the ban in September. The board, which is entirely comprised of Bloomberg appointees, is expected to pass the measure. Update: A Health Department rep writes in to clarify, "While there will be additional public hearings, they will not be on the proposed sugary drink portion cap. This was the only public hearing for Article 81 and then the Board will vote in September."

#big soda
#board of health
#Dan Halloran
#department of health
#marty markowitz
#robert jackson
#soda ban
#thomas farley
#original
Do you know the scoop? Comment below or Send us a Tip