Find These Glorious Tacos Hidden Up A Nondescript Staircase In NoMad

The lunch you want—the lunch you need—is tucked away up a flight of stairs in Midtown. Hand-scribbled signs? Check. Red cafeteria trays? Check. Ridiculously tasty, fresh Mexican cuisine embellished with Korean ingredients? Absolutely. This is the good stuff.

You could be forgiven for walking past New York Bakery and missing it completely. Advertising is not its strong suit. The cramped, cash-only lunch counter has only a drab blue awning and two plastic signs posted at street level, promising Spanish Mexican Food & Korean Food. Even inside, signs of brilliance are still pretty scarce: there's Advil behind the counter and daytime talk shows playing on the TV. But everything changes once you place your order. 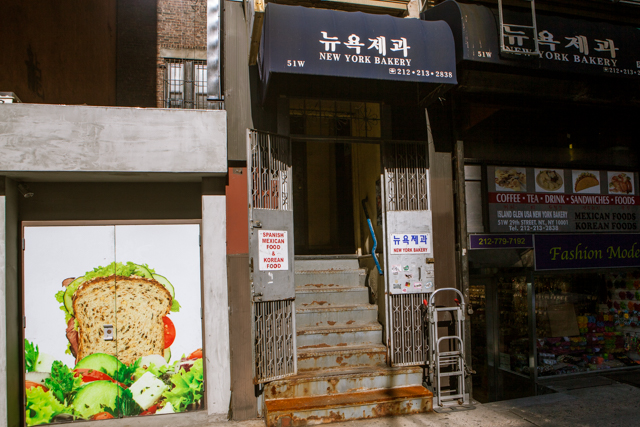 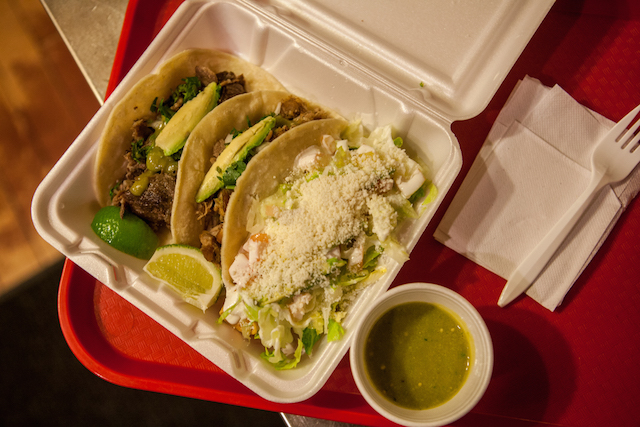 Harrison, a Korean immigrant, runs the New York Bakery along with his wife. He's been at it for 12 years, and his menu is loaded with classic Mexican plates that get everything right. There's the Tacos Especial: seasoned steak, rice, and mole topped with fresh avocado and tucked into both hard and soft shells. Plates of rice, beans, and spicy pork promise to sate any appetite for the price of a couple subway swipes. There are enchiladas, crispy quesadillas, and torta sandwiches that definitely don't skimp on the cilantro. Beside all of that is a Korean menu of soup and noodle dishes.

When he took over New York Bakery, Harrison spoke no Spanish and hardly any English. For a year, business was bad, but after noticing the high density of Mexican workers taking their lunch breaks in the neighborhood, he made up his mind to start serving a cuisine he knew nothing about. "I thought about it for a few weeks. Then, a Mexican lady came in here and she said "I'll cook for you!" With the help of that first cook, Isabel, and the advice of his customers, Harrison became the owner of what is now one of the area's best lunch options. It's quick, high-value, simple, and delicious. 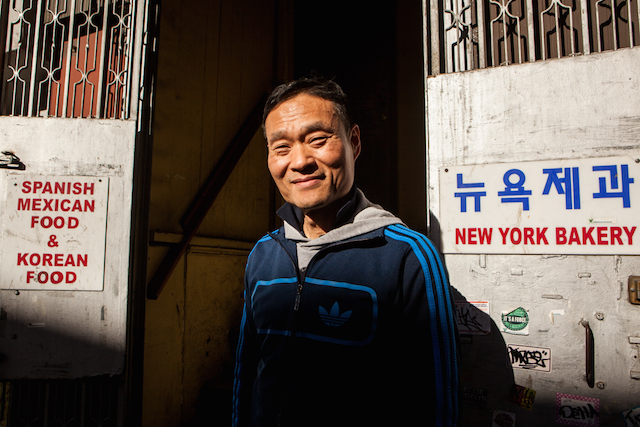 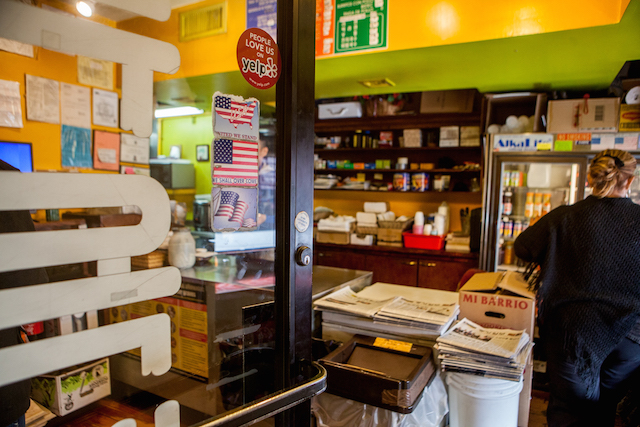 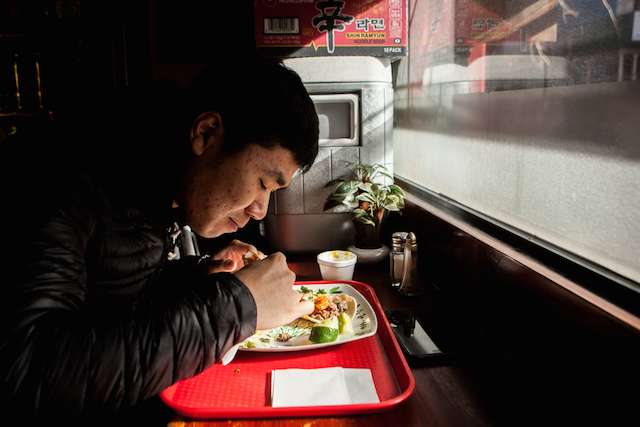 "This guy does an amazing job," Yolanda Chavez said as she finished a plate of tacos last week. "It's amazing what he's done, he's communicated with us and tried to make things how we like. He's one of the smartest guys that I know." Chavez has been one of Harrison's weekly customers for nearly a decade, and has watched first-hand as he's become a better linguist and restauranteur. "I call him paisano—it's like we're from the same country. He didn't know any English or Spanish. He didn't know any Mexican food, but he listened. Harrison took in everything"

Is New York Bakery special? Not at all. It's not flashy, delicate, or even particularly creative. But in a neighborhood that's changed so much in the last decade, the restaurant has stayed reliable and deeply, even stubbornly good. It's one of the under-appreciated gems of NoMad's increasingly glitzy food scene.

#fusion
#Kimchi
#korean tacos
#mexican
#new york bakery
#nomad
#tacos
#original
Do you know the scoop? Comment below or Send us a Tip