Our latest installment of Quick Bites brings us to two under-the-radar spots for spectacular Persian dishes.

THE VIBE
It's affectionately known called Punk Alley, a ramshackle flea market off Broadway near the Myrtle Street JMZ. Shipping container shops line both sides of the narrow corridor all the way back to the painted-over port-o-potty at alley's end, each one jammed with new and used items from garage-band vinyl and anarchist tracts to dangerous-looking fashion accessories and random novelty toys.

It's cramped and unkempt. It's a hang out for folks who would not be out of place in the East Village of 1981. As outdoor markets go, it's about as far as you can get from the Brooklyn Flea. And as of last month Punk Alley is also where you can find piled-high plates of vegan Persian dishes, courtesy of Zad's Star City Foods, aka Cafe Zarathrustra, aka also possibly Vegan Reich.

That the name of the place remains undecided—the hand-painted signage is from a previous pop-up—is indicative of the laid-back set-up here. Zad Farahvash, who's an animal-rights activist when he's not making pots of Fesenjoon, is casual about opening times, and seems to still be figuring out the best way to organize his space. But no matter! The refreshingly DIY attitude fits in perfectly with its surroundings, and will warm the heart of anyone who's ever lamented the sterilization/corporatization of big swaths of our city.

My trip to Punk Alley reminded me of another, slightly more polished Iranian food operation called Taste of Persia, which makes its home in the corner of a nondescript pizza place—the awning says Pizza Paradise—near Union Square.

Run by the chatty and exceedingly friendly Saeed Pourkay, who actually said "I love you" to me while handing over a bowl of soup, what Taste of Persia lacks in ambiance it more than makes up for in hospitality. Order from the frequently-changing menu in Pourkay's little island of steam tables up by front door and carry your tray to one of the rickety tables in the back. You will feel happy here. 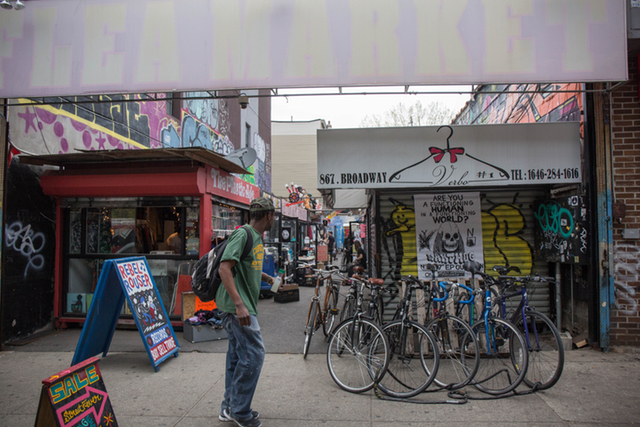 THE BITES
Zad's whatever-it's-called booth in Punk Alley may be a work in progress, but your chef here definitely knows how to cook up a pot of Khoresh-e Fesenjoon, the traditional Iranian dish made from pomegranate and ground walnuts. This vegan version is soupier than some, but the balance among flavors and sensations—sour, sweet, salty, earthy—is perfect. Plus the chewy, long-grained basmati rice soaks it all up well.

Less unique tasting (to me) but also satisfying is the Cafe Zarathrusta Bademjan, a seasoned stew of eggplant and potatoes to which Farahvash adds some texture by throwing in a mock-chicken leg or two. This is a solid Plan B for those seeking something a bit more basic.

At Taste of Persia, you'll find lots of meat—chunks of lamb, beef, or chicken—folded into the same sort of flavor palate. The Fesenjoon, served here with actual chicken, was a bit too tart for my taste, but the aromatic Lamb soup/stew really delivered: hearty, complex, delicious. I got both dishes on one of Pourkay's well-portioned platters, which comes with a big mound of rice and plenty of crispy fried garlic and onion bits.

There are also vegetarian options at Taste of Persia, and the Ash-e-Reshte vegetable soup with noodles, topped with dried mint and circles of whey, will satisfy all comers. 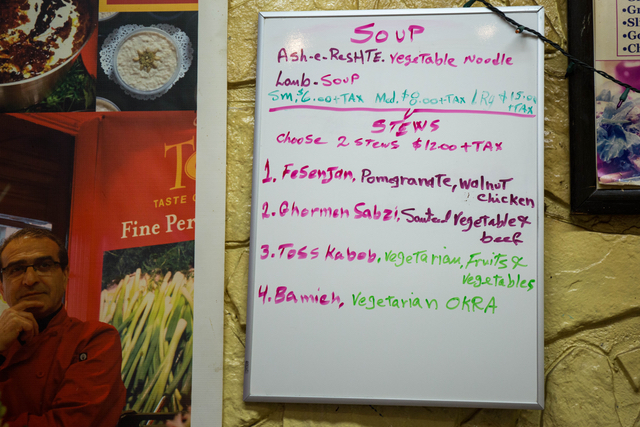 THE VERDICT
Put Zarathrustra and Taste of Persia onto your list, for when you're looking for something quick and different in their respective neighborhoods. In addition to serving good food with a refreshingly zero amount of amenities and frills, both are also emblematic of a New York City entrepreneurial fuck-em attitude that sometimes seems dead in this era of hyped-up burger spots, celebrity chefs, and gigantic clubstaraunts, but in reality, of course, is still running strong. And if the idea of Punk Alley appeals to you, the reality will not disappoint.

Cafe Zarathrustra is located about a third of the way down Bushwick's Punk Alley at 867 Broadway, roughly across from Lewis Avenue. Hours are vague--dinner on the weeknights, all day and night on weekends--so if you're making a plan it's probably best to message the crew via their Facebook page.

Taste of Persia is located within Pizza Paradise at 12 West 18th Street between Fifth and Sixth Avenues, and is open daily at 12 noon until 8 p.m. Monday to Friday, 7 on Saturday, and 6 on Sunday. (917-592-3467; Taste of Persia on Facebook); Cafe Zarathrustra is located about a third of the way down Bushwick's Punk Alley at 867 Broadway, roughly across from Lewis Avenue. Hours are somewhat vague—Friday around 6 p.m. to 11 p.m.; Saturday and Sunday from about 12 noon and also until 11 p.m.—so if you're making a plan it's probably best to check their Facebook page, or even send them a message.