With the show's final season kicking off in less than a month, the city is celebrating Mad Men—Matthew Weiner is bringing his victory lap here with a series of events, there's a whole museum exhibit dedicated to the show, and now restaurants are joining in on the last hurrah.

Honestly, when we first got a press release advertising "Mad Men Dining Week," images of sugary TGIF'd Old Fashioneds and punny dishes like Sneaky Pete Tater Tots and Sterling Cooper Mozzarella Sticks Pryce came to mind. It seems, however, that it's going to be a classy affair, organized by AMC and NYC & Company.

From March 23rd through March 29th, thirty restaurants will participate in the dining event, "including 1960s mainstays '21' Club, Barbetta, Brasserie, Delmonico's, El Parador Café, Le Cirque and P.J. Clarke's," all offering guests "a rare and weeklong glimpse into New York City's culinary world as it was almost a half-century ago."

The focus will be on lunch, with mid-day prix-fixe menues offering a two-course meal (an appetizer and entrée or entrée and dessert), or two drinks, for $19.69. Everything on the menu will be inspired by popular food and drink from the 1960s. 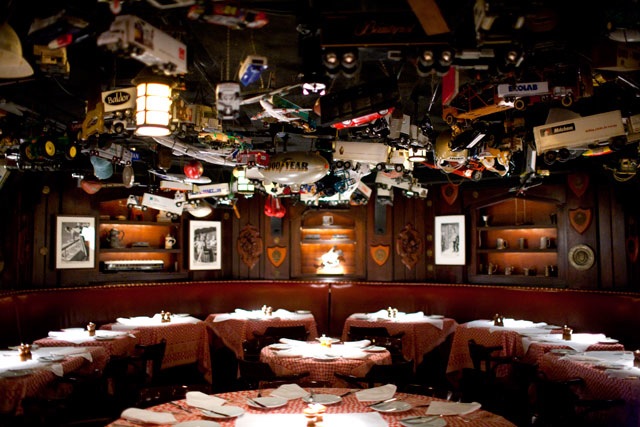 Trouble deciding? Look no further than the 21 Club, where Nixon's bottle of wine is still kept under lock and key in a secret room, and just one potent martini will make you feel like Roger Sterling on LSD.

#mad men
#mad men dining week
Do you know the scoop? Comment below or Send us a Tip