'Everyone Was Mad': The UWS's Best Slice Joint Dressed Up As Dominos For Halloween

Since it first opened in 1959, Sal & Carmine Pizza has reigned as the absolute best slice joint on the Upper West Side. Mamas Too, the very excellent new pizza place which moved in earlier this year a few blocks up the street, has been getting all the accolades in the neighborhood, but if you're looking for a classic NYC slice, you can't find a better one in a 50 block radius than at Sal & Carmine's. Which may explain why so many locals were perturbed when they walked over to Sal's yesterday and found they had radically changed their look—and their slices—for the night. 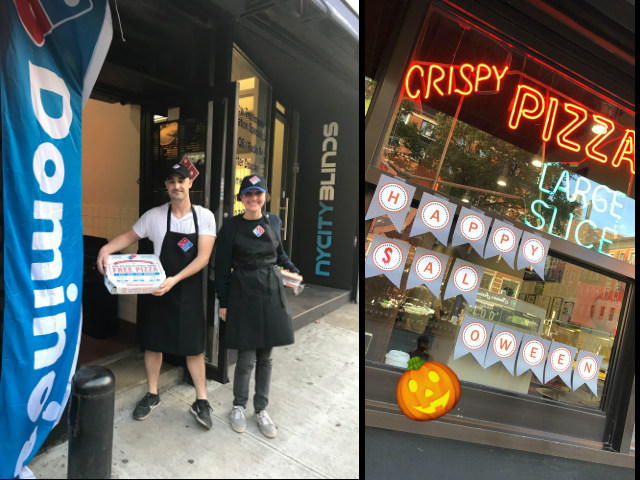 Getting in the spirit of the day, Sal & Carmine's dressed up as Dominos for Halloween, and freaked out all the neighborhood in the process. To really sell it, they went so far as to give out those absolutely terrible gummy pizzas to trick-or-treaters as well.

"Everyone was mad and shocked at first, but then realized it was a joke and thought it was one of the scariest costumes out there," a tipster told us. "It was amaaaazing seeing the reaction of folks. Some were really angry at first and Luciano the owner was playing it up with the folks he knows saying he sold out. Lots of double-takes and triple-takes from locals." 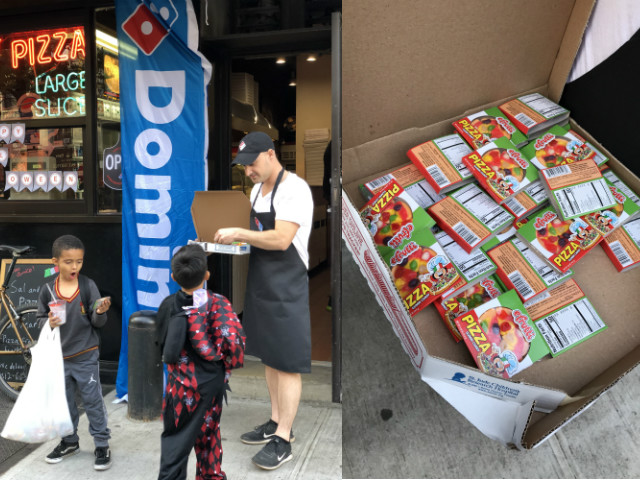