The French know a thing or two hundred about pastry—it was a Frenchman who gave us the Cronut, after all! Now a new Parisienne is bringing butter-filled pastries and other baked goods to our shores with Caprices by Sophie in Williamsburg. Banker-turned-pastry chef Sophie Jager believes in enjoying life and living well, an exuberance that translates into her fun, all-natural pastries. Though she bakes everything from cookies to quiche to homemade bread, Jager specializes in merveilleux (meringues) and choux (cream puffs).

Unlike a more dense pavlova, the merveilleux are crisp and airy, aided by the luscious cream piped on top, which comes in flavors like caramel and cappuccino. So-called "Magic Choux" are also filled with delicate cream in flavors like lemon curd, caramel salty butter, bourbon vanilla and rose water and raspberry. The tender puffs are hefty enough to hold together while also delicate and light, as they should be. The bakery will offer special seasonal choux, starting with October's entries: two adorable choux in pumpkin and "Ghost," which is filled with chocolate cream. Jager revealed to us that she'll be making a chestnut flavor for November and a champagne flavor for December.

The cafe also serves other pastries, including several types of croissant, chouquettes (puff dough with sugar pearl), gougeres (puff dough with cheese) and even homemade granola. For early risers or afternoon nappers, the bakery brews grinds from La Colombe coffee into lattes and cappuccinos. At lunchtime, stop in for light fare from a weekly changing menu with options like spinach and goat cheese quiche and vegan asparagus, zucchini and broccoli soup, with at least one vegan and one gluten-free option. Jager also just began baking her own bread, so be on the lookout for sandwiches on the menu in the coming weeks.

Be sure to pop out back to the beautiful garden, which hopefully will remain open for as long as the weather holds out. It definitely beats the view around the corner. 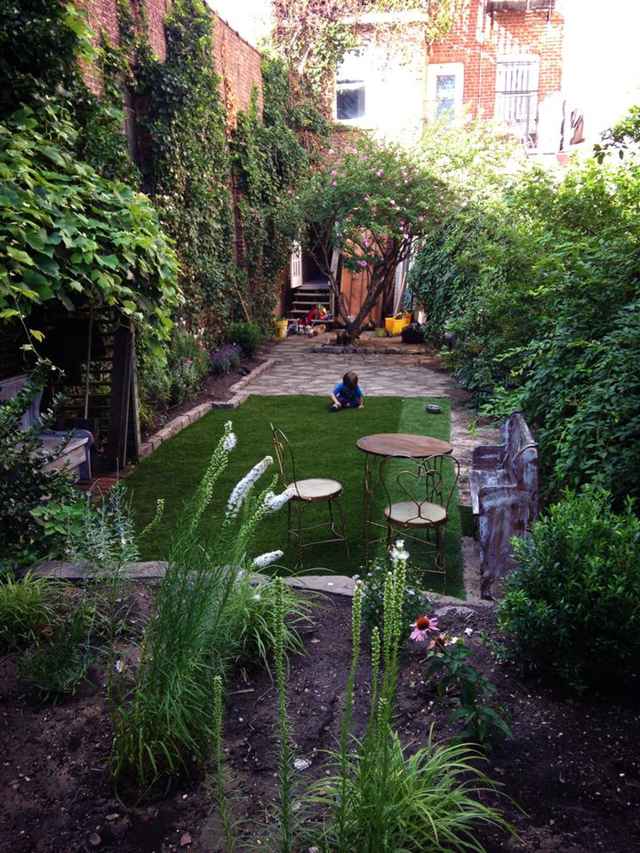 #caprices
#choux
#french pastry
#marveilleux
#new restaurant and bar radar
#williamsburg
#original
Do you know the scoop? Comment below or Send us a Tip