Two Hours Away, Part 1: Put Down The Whiskey, Pick Up The Rum

This post is brought to you by Bermuda Tourism.

Did you know Bermuda is literally two hours from New York City? You might not have realized it's a nearby vacation option, and it's not just for country clubbers anymore. To reveal the true island, Gothamist is helping Bermuda spread the word of its amazing cultural and culinary heritage, pink beaches, clear waters and obviously, all that rum. Here's Part 1 of 'Two Hours Away', and it's all about that sweet, sweet sugarcane spirit. 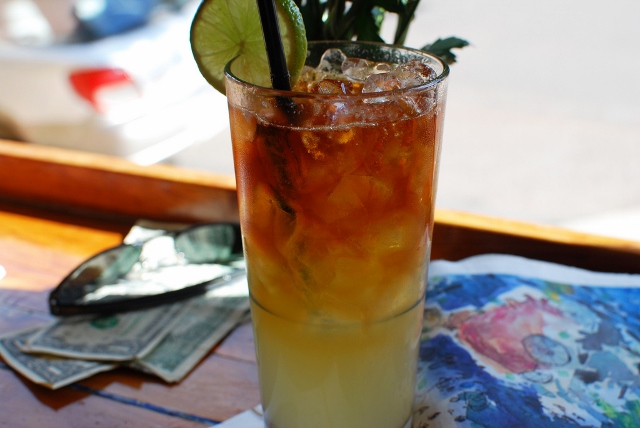 Even if you've been blissfully riding the New York whiskey wave these past couple years, travel is about finding what makes where you are where you are. Spend your nights—or days and mornings, whatever—learning why Bermuda's a rum capital and you're probably going to have a good time. 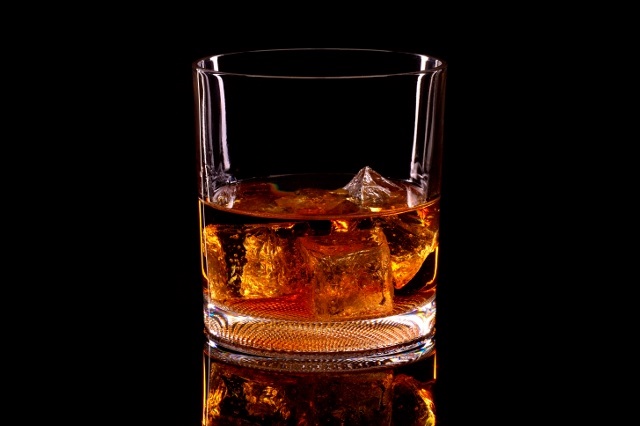 Chances are your idea of rum is pretty narrow. Picture some, if you will. What is it? Probably a glass of clear, relatively neutral alcohol. This is mostly because of Puerto Rico's influence on the U.S. market, but this white (clear) variety actually isn't indicative of what Bermuda produces at all.

When we talk about white rum, we're talking about "Spanish-speaking" styles, whereas Bermuda, an island colonized in part by the English, specializes in an "English-speaking" style. This indicates a tradition of darker rum, with a fuller flavor more influenced by the molasses in the distillate. For this style, you can look to Bermuda, Grenada, Barbados, Belize, and other English-speaking Caribbean countries. And you should, because it's tasty.

Fine. What Do Bermudians Drink, Then? 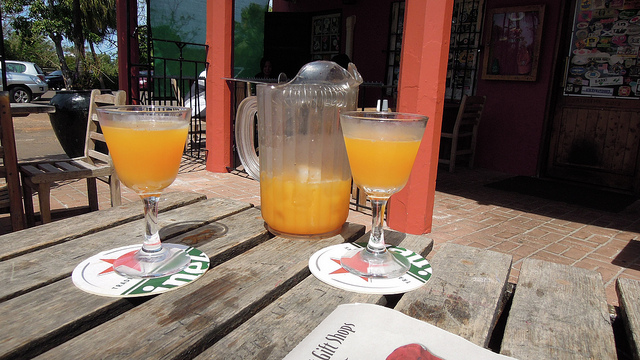 Rum Swizzles in their natural habitat: in a pitcher on the patio. (Flickr)

Okay, so now you know what to expect in terms of flavor, but you can't just swill it from the bottle, so let's learn how you're going to drink it.

Forgetting the fact that early rum was low-quality firewater for sailors, the way you're going to see it most in Bermuda is in delicious, sweet drinks that seem tailored for beach lounging. (Fun fact: the first rum distillery in North America opened in 1664 on Staten Island to keep up with colonists' demand for strong booze.)

Up first is the Dark 'N' Stormy, a highball of black rum (traditionally Bermuda-based Gosling's Black Seal, which holds the trademark on the drink), ginger beer, and a garnish of lime. The product is smooth, citrusy, and full of spicy molasses flavor.

The other? The Rum Swizzle, the unofficial national drink of Bermuda. Take some black rum, add a variety of fruit juices, a classic Bermudian syrup called falernum, and there's your drink. Both cocktail recipes are open for interpretation, but the Swizzle is an especially contentious issue. Ask any man, woman, or child and they'll give you their recipe, but the "real" one can be found at one place only. 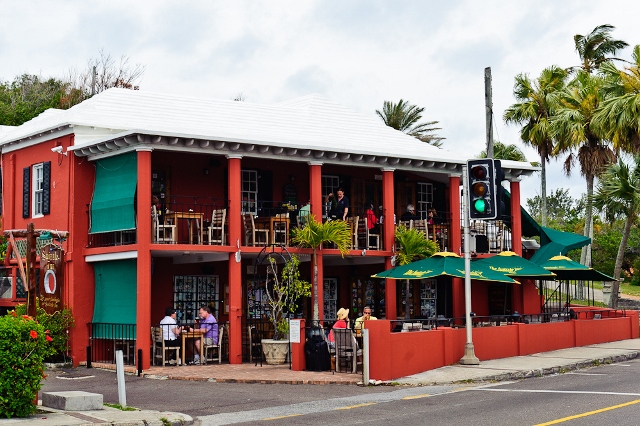 For the original Rum Swizzle, you'll have to go to the Swizzle Inn. It's Bermuda's oldest pub, opened in 1932 in a 17th century roadhouse. Their version is made with rum, orange, lemon and pineapple juices, falernum, and "a few extra secret ingredients." It's notoriously strong though so be careful, especially since you probably had to ride a moped there.

For a Dark 'N' Stormy, look to seriously any bar on the island, but there's a mean one at Black Horse Tavern and if you find yourself at the Cosmopolitan Nightclub in Hamilton (and why wouldn't you?) your first is 2-for-1.