Friends' Beloved Central Perk Will Open In SoHo Next Month

Remember Friends? You know, that kinda homophobic show about sex positive horndogs that gave aspiring New Yorkers completely unrealistic ideas about what their apartments would be. Well, to celebrate the 20th anniversary of the series premiere of this show you may or may not have heard of, Eight O’Clock Coffee is sponsoring a pop-up cafe, modeled off the show's Central Perk, in SoHo next month. 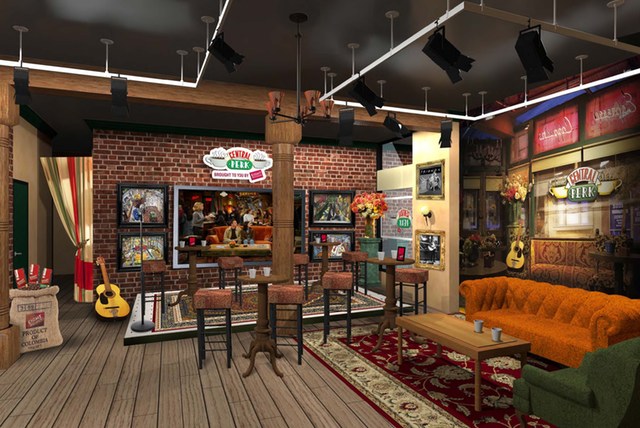 Here are all the important, friendly details:

The fully functioning pop-up Central Perk coffee bar will be located at 199 Lafayette Street (at the corner of Broome Street) in Manhattan’s SoHo neighborhood. It will open its doors to the public on Wednesday, September 17...and will remain open through Saturday, October 18. The shop’s business hours are Mondays-Fridays, 8:00 a.m.-8:00 p.m., and Saturdays-Sundays, 10:00 a.m.-8:00 p.m.

Although there is no "real" Central Perk (rumor has it that it was inspired by Cholmondeley's, the cafe at Brandeis University, the alma mater for show creators David Crane and Marta Kauffman), this is far from the first Central Perk in the world to honor the show. There are Central Perks in London and Chester in England, as well as in China. But this is the only one that can't afford enough rugs to cover the floor! 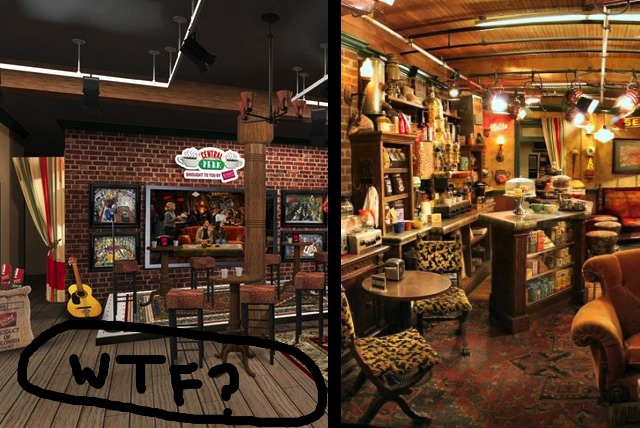 the pop-up will have:

It's funny, because we did forget about "Smelly Cat," but then they reminded us! What is less clear: will people be invited to perform "Smelly Cat?" Will performers be forced to only do improvised songs? How will they be able to tell if people wrote the songs beforehand and are just pretending to make them up on the spot? Is Lisa Kudrow really too famous to be the resident musician? What even happened to The Rembrandts? Will they be there for us when the rain starts to pour? Will any other 'friends' make an appearance? Is there always money in the pop-up stand?

#CEntral Perk
#friends
#pop-up
#tv
#original
Do you know the scoop? Comment below or Send us a Tip