After a string of wildly successful pop-ups, the famed Eggslut chef Alvin Cailan is finally getting a proper full-service restaurant in New York City.

The Usual will open next month at the Nolitan Hotel on the corner of Kenmare and Elizabeth, the Times reports. The menu will feature "a number of dishes interpreted by [the restaurant's] cooks, 'the children of immigrants.'" Cailan calls the items "the food we all crave," and says to expect flatbreads, fried chicken, pasta, burgers, cheddar-chive biscuits, ice cream and chocolate cake. A selection of 150+ wines will be overseen by Cailan's brother, Anthony. 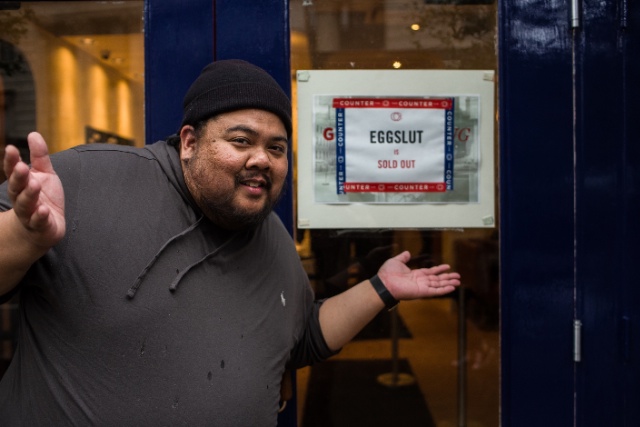 The new venture follows a year of New York experiments for the Los Angeles transplant. Following his Eggslut pop-up last March, he launched a temporary Eggslut residency (minus the eggs!) at the Chefs Club in Nolita. He's since rolled out several other pop-ups, including Filipino restaurant Amboy and the "health-inspired" Paper Planes concept, and served a short stint as a chef-in-residence in SoHo.

But as of July 1st, he's finally ready to make it permanent with his favorite food city. "New York restaurants are neighborhood places," he tells the Times, "not destinations like in L.A."