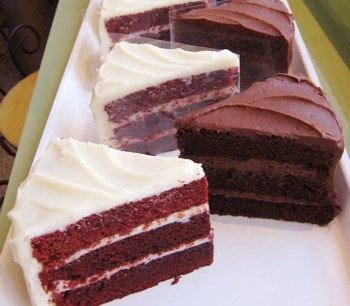 On tap for this year’s 33rd Annual Atlantic Antic festival, taking this Sunday from 10 AM to 6 PM (rain or shine, buddy) is the usual bonanza of pony rides, live music, and balloon animals. This year’s Antic has an added emphasis on food, which should hopefully make it a remedy to all the street fair food fatigue that’s been going around recently.

For starters, decent street food will be offered in overwhelming abundance- there are no less than 9 spots to get roasted corn on the cob within the festival’s Hicks Street to 4th Avenue borders. Everything from jerk chicken to the cornbread-mozzarella stick hybrid (the quasi-mystical “mozzarepa”) will be available somewhere. A few vendors are even coming in from surrounding neighborhoods to make things more interesting: The Fort Greene outpost of Rice will have a spot between Bond and Hoyt Streets, and Steve’s Key Lime Pies of Red Hook will be stationed closeby to Clinton Street, likely selling those crazy dark-chocolate key lime popsicle “swingle” things. Maps pointing to all the food locations will be available at the event.

Making its cup and cone debut at this year’s Atlantic Antic is Blue Marble Ice Cream (420 Atlantic Avenue), a parlor/café/hangout that will have its official grand opening next week on Saturday, October 6th. Once open, Blue Marble will offer small batch ice creams from a 4th generation ice cream maker. Baked goods will also be served, as well as fair trade coffee from upstate’s Irving Farm. Blue Marble owners and proprietors Alexis Miesen and Jennie Dundas will be on hand with scoops of the classic triple threat: vanilla, chocolate, and strawberry ice cream. They say they’ll also have some mango sorbet, so look for it.

Neighborhood restaurants and provisioners are also in on the festival with all kinds of special deals, which mostly involve lots and lots of meat. Jolie restaurant will serve braised leg of lamb with shallot and chipotle sauce. They’ll also have a whole roasted pig with horseradish mayo. Bacchus Bistro will serve merguez sausage sandwiches and fries, and Nicky’s will be bustin’ out the bahn mi in spades- including a Portobello version for all you Gothamist readers perpetually haunting the comments section demanding the vegetarian option. More vegetarian food: I-can’t-believe-it’s-not-chicken chicken with broccoli and pineapple from Stir it Up, and a bunch of places turning out giant falafel, borne back ceaselessly into the oil it's fried in. Govinda’s Organic Market will be dispensing free samples of red lentils, spinach daal, and peas paneer. Gyros will be carved in the middle of the street, fresh lemonade squeezed on streetcorners, and at least one small plot of Brooklyn will smell like funnel cake and vaporized sugar for a few bright, shining hours. Bring a twenty-dollar bill or two and you’ll be good for the entire day.