Eat Historically Inaccurate Food At The Medieval Festival This Weekend

Before we dig in, let's get some background. According to the experts, depending on class, plates were filled with "capons, geese, larks, chickens, beef, bacon, lamb, salmon, herring, eels ands other fresh water fish." Dairy products like cheese and butter were on wealthier tables. And the Medieval peasants usually dined on breads, peas and beans. But what about all that imagery of an fat king grasping on to greasy turkey legs marinated in his own sweat? It turns out that, "despite their popularity among the crowds at medieval fairs, turkey legs would not have been found anywhere in Europe during the middle ages." C'mon, get it together reenactors!

All that said, if you want to celebrate the inaccurate portrayal of Medieval times, head to Washington Heights... where there will be plenty of turkey legs. Full menu below: 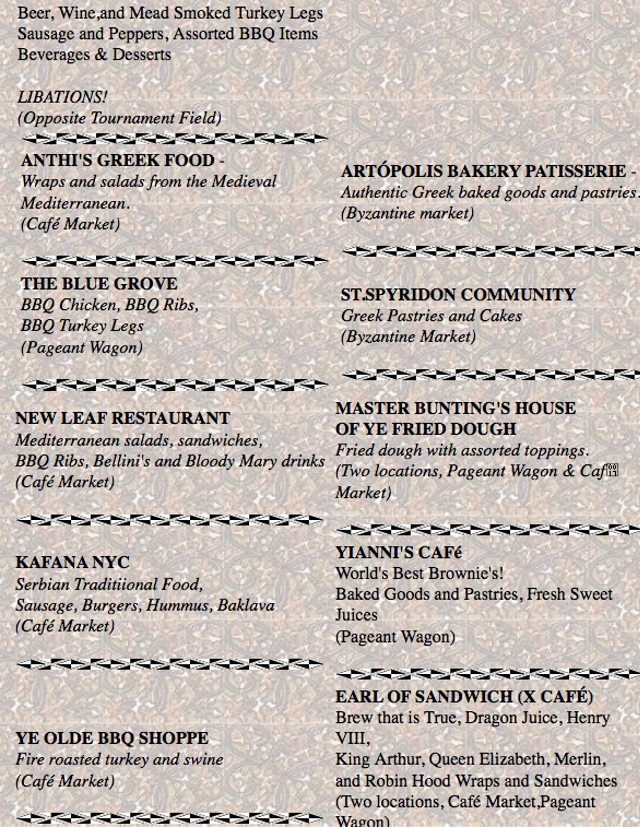 #fort tryon
#Medieval
#medieval festival
#turkey legs
Do you know the scoop? Comment below or Send us a Tip