Superiority Burger, home to a much-hyped veggie burger, opened up at 430 East 9th Street last week. The space is small (this is where the original Dirt Candy was housed), and the hype really is big, so the crowds are turning up. And where better to enjoy your dinner than a comfy tree bench on the somewhat sleepy stretch of the street? Not so fast... 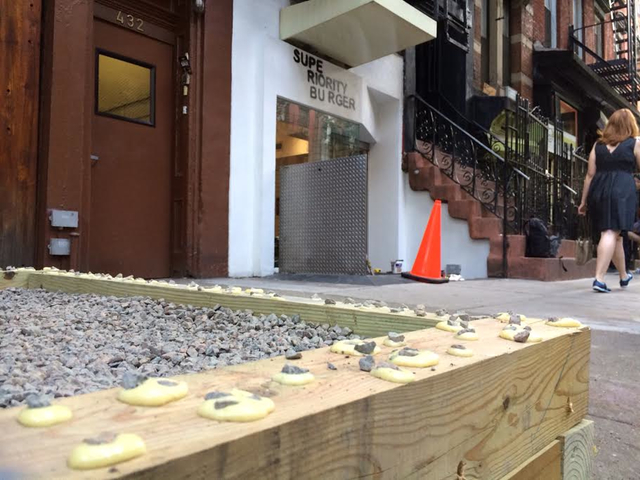 Neighbors welcomed the restaurant and its patrons by promptly gluing rocks down to the wooden tree benches, which appear to be homemade (unlike a tree guard provided by the Parks Department). At least one employee witnessed this happening the morning after opening night, and our photographer Scott Lynch caught this woman red-handed. 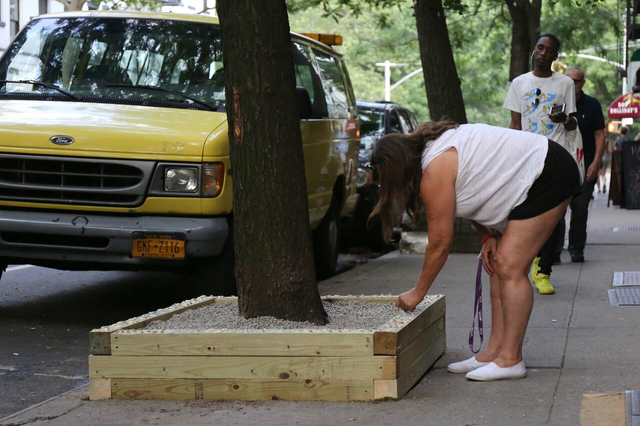 The tree bed is not a privately owned space, though locals do tend to... tend to them. (You can request your own right here.) We've reached out the Parks Department for their comment on the aggressive-aggressive move, and will update if we hear back. For now, maybe bring a pillow in retaliation.

UPDATE: Spotted this afternoon—a "No Bikes" stencil has been added to the tableau. 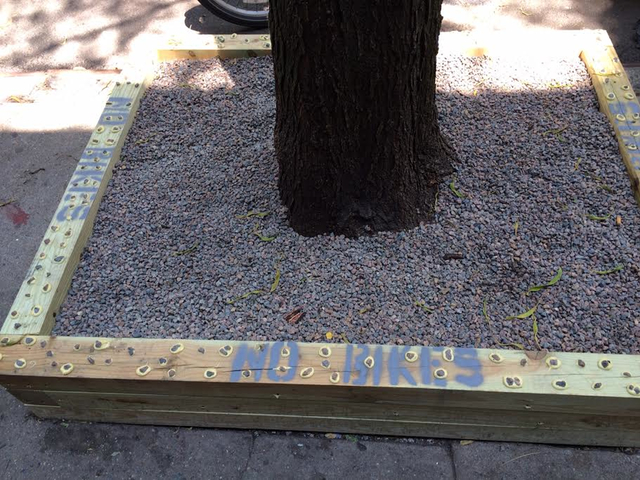 #NIMBYs
#rocks
#superiority burger
#original
Do you know the scoop? Comment below or Send us a Tip