The Queens Kickshaw in Astoria is the best place to do a lot of things, but most notably, it's been one of the city's best spots to score a great grilled cheese since opening in 2011. For the past five years, owners Jennifer Lim and Ben Sandler have been elevating the humble sandwich to something greater than the sum of its parts. Grilled Wonder Bread with Kraft singles these are not.

To mark the occasion of their half decade, the restaurant's brought on a new chef to revamp the grilled cheeses and usher in a new type of service. Chef Cory Estelle's going to be putting his own spin on the classic sandwich, including some Southeast Asian-influenced creations he picked up on a recent four month journey.

"Kickshaw's main draws have been the coffee and the grilled cheese sandwiches," Lim told us. "Regardless of the different things we try, people come here all day long for the sandwiches, so we're refocusing our attention by revamping the grilled cheeses and adding things like toasts and new accompaniments. It'll be an all day menu, with the kitchen being open late into the evening." 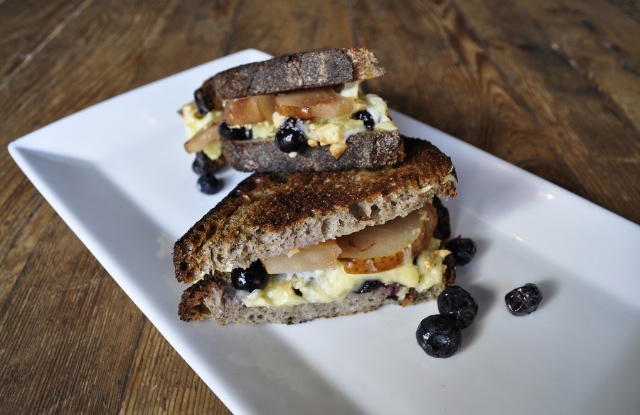 Estelle's contributions will be sandwiches like the Brie with Thai basil-blueberry preserve and cider poached pears and the Buffalo sauce-infused mozzarella with apple butter and blue cheese. On that mozzarella, it's cheese that Estelle's making in-house and also using in the Soft Egg in Burrata, a toast-type dish that features a soft boiled egg inside a ball of burrata. Nearly everything on the menu will be under $10 unless it's a special for the day.

Next Monday and Tuesday, June 27th and 28th, the Kickshaw's debuting the new menu with a "night market-style" event beginning at 5:30 p.m. They'll be serving smaller versions of the new dishes at $6 a pop, alongside the craft beer and ciders they're known for. Lim also revealed to us that the Kickshaw's expecting a liquor license approval this fall.

#grilled cheese
#queens kickshaw
#original
Do you know the scoop? Comment below or Send us a Tip